It’s no secret that many market sectors around the globe have struggled to keep pace with the economic woes in the past few months. 2022, was certainly far from kind to many financial instruments and last month is no exception. From Commodities to Forex, and big tech Stocks, let’s take a look at the hardest-hit markets in October and map the reasons behind their downward spirals. 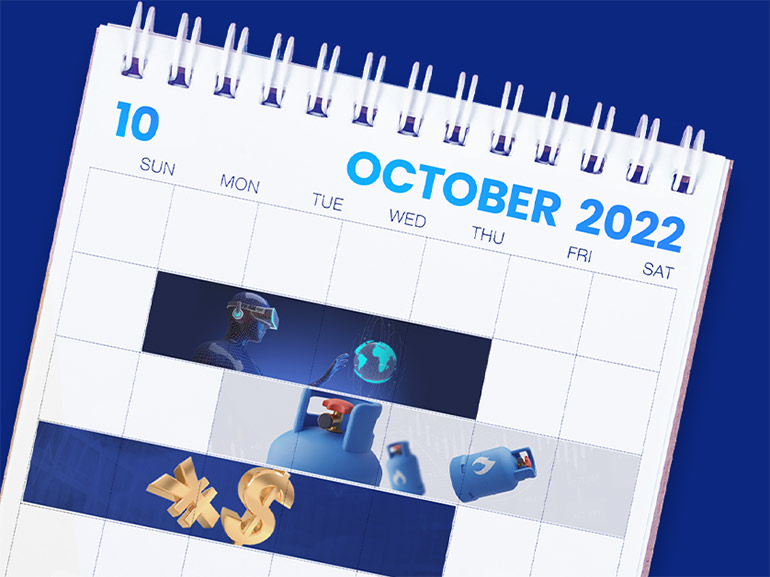 What was once one of the top-5 most valuable US companies with an astounding market cap of $1 trillion in 2021, this year Meta (META) may have fallen from grace. The parent company of social media platforms, Facebook, Instagram, and WhatsApp suffered a major drop in October. This is because as the Q3 earnings season was in full swing, Meta reported its financial figures on Wednesday, October 26th. Subsequently, following the earnings report, traders and investors might’ve been underwhelmed by the results as the social media mogul showed disappointing earnings that were below forecasts. The Q3 earnings showed that while revenue slightly beat expectations at $27.7 billion vs. the predicted $27.4 billion, earnings per share were $1.64 beneath the expected $1.89. But according to some analysts, what made things worse was Meta's less-than-optimistic outlook for the fourth quarter, which indicated that revenue might wind up between $30 billion and $32.5 billion compared to the market's $32.2 billion expectation. (Source:Yahoo Finance)

As a result of these dreary outlooks, as of the time of the writing and since its earnings release, Meta’s share slipped by 28% whereas over the course of October it fell by 32.8%, hence losing its rank as one of the US’ largest 20 companies. This ostensible descent could perhaps be attributed to the ballooning inflation which may have made tech stocks less favorable among traders as they tend to seek protection from inflation in safe-haven assets instead. Others attribute this fall to Meta’s increasing expenses on its VR, the Metaverse which may have worried investors and traders. This is due to the fact that while Meta has spent huge sums on the Metaverse technology, its VR division, Reality Labs has actually lost about $9.4 billion so far this year. Furthermore, another reason for this could be the headwinds ad-reliant companies like Meta and Snap are facing this year amid Apple’s privacy protection policy which makes it harder for these platforms to create tailored advertisements. For the same aforementioned factor, Meta's competitor, social media and camera company, Snap (SNAP) also fell by  8% since its earnings report on October 20 up until the time of the writing, 1% in October, and 78% since the beginning of the year.

Nonetheless, October’s Q3 reports weren’t as dreary for streaming giant, Netflix (NFLX), which was able to recoup some of the losses it experienced throughout the year as it struggled to cope with inflation and sustain subscription growth amidst the rising competition. Consequently, following its Q3 earnings report on October 18th, Netflix's stock rose by 14% in the after-hours trading due to strong subscription growth resulting from some popular shows like ‘Stranger Things,’ ‘Monster: the Jeffery Dahmer Story,’ and ‘The Crown.’

Did Natural Gas Lose Its Energy?

Since the inception of the Russian invasion of Ukraine in February, key energy commodities like Natural Gas (NG) were especially volatile and susceptible to change. This is because, on the one hand, the concerns surrounding Russian energy being shut from Europe in light of the Western sanctions ushered in an increase in Natural Gas prices. On the other hand, the rising inflation, recession apprehensions, and central banks' interest rate boosts have caused energy commodity prices to reduce. However, in October, in addition to the aforementioned hurdles, Natural Gas also had to face global warming which rendered a negative forecast on energy demand due to prolonged warm periods coupled with additional gas storage. As a result, the energy commodity wiped out about 23% by the 21st of October before rising slightly. Still, regardless of last month’s gloomy outlook, over the course of the year, it climbed by 61% which only proves its volatility. Moreover, the demand for Natural Gas might grow with the cold winter on the horizon, possibly leading to a spike in Natural Gas prices. (Source:CNBC)

While the Federal Reserve is known for its hawkish monetary policy whereby it raises interest rates significantly in order to tame rising inflation, the Bank of Japan took a different path. This resulted in the strengthening of the US dollar and the weakening of the Japanese yen which fell to a 32-year low against the former on Monday, October 17th. This is because whereas the Fed has already raised its benchmark interest between 3% and 3.25% three consecutive times, the Bank of Japan’s interest rates were close to zero. Since higher interest rates are expected to slow inflation, they also increase investment in the US markets, which makes the dollar stronger against other currencies. Accordingly, as of the time of writing the Forex pair, the USD/JPY jumped by 2.1% since the beginning of October.

As the war in Ukraine persists, inflation and recession fears seem to be escalating traders and investors may be waiting eagerly for decisions like the Fed’s upcoming interest rate meeting tomorrow to see how the markets would react and if the aforementioned sectors could recoup some of their lows. Thus, whether or not this month would be any different is yet to be determined and only time could tell what awaits the market.