Whether you like to admit it or not, memes are irrefutably a huge part of the ever-expanding social media landscape. But what exactly do memes have to do with the stock market? The short answer is “Meme Stocks,” and the question is, what exactly are they and how did they come to be? This article dives deeper into the intricacies of meme stocks, their history, and more. 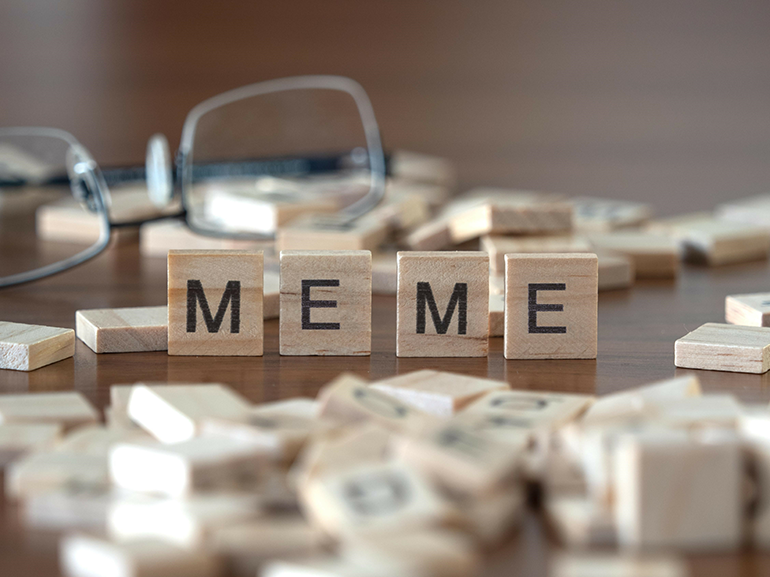 Traditionally, memes referred to particular catchphrases or concepts. However, the term has recently become more multifaceted than it was in the past. To put it simply, memes refer to an abstract notion, image, or style that spread or become viral over the internet and social media platforms. In their essence, memes are an appropriation of social settings in that they utilize elements of popular culture like shows, trends, music, and social norms. Memes are one of the pillars of the internet field and can be spread from one person to another via emails, news, blogs, articles, and social media platforms. (Source:Wikipedia)

What Are Meme Stocks?

So what is a meme stock exactly? In brief, meme stocks are shares of companies that have gained attraction and fame online and on social media networks like Reddit, Facebook, Twitter, and Instagram among others. Posts online surrounding these stocks can generate a lot of traffic and increase trading activity, on the one hand. On the flip side, however, it can also lead to tangible short squeezes and crashes in the most shorted meme stocks. In other words, while hype may brew around such stocks causing them to ascend in value, they can also become overvalued and drop rapidly afterward. Nonetheless, the same meme shares can also remain up for relatively prolonged periods of time due to members of the meme stock community keeping their prices up. Moreover, the term "Stonks" is used often in memes to indicate vague understandings of financial transactions or flawed financial decisions. (Source:Investopedia)

What Started the Meme Stock Movement?

Meme stocks as we know them today are a relatively new concept in the market. Initially, the hype surrounding the latest meme stocks emerged in 2020 from the Reddit forum, an online hub discussing trading using irreverent and controversial undertones. The first meme stock company that made remarkable headlines on that forum was video game mogul, GameStop. In January 2021, the video company soared and turned heads as it led Wall Street hedge-fund short-sellers to incur up to millions of bucks in losses. The question that might come to mind after GameStop’s bubble burst is; “Is GameStop (still) a meme stock?” While the hype around this stock ebbed and flowed, relatively recently on August 8th the gaming company seems to have recouped its meme stock status and frenzy as it rose by 12% due to investors posting about it on social media.

Is Tesla Still a Meme Stock?

With some meme stock investors and enthusiasts referring to it as the “king of meme stocks,” and the “original” meme stock, on the one hand, and other traders adopting bearish sentiments towards it, on the other hand, one is left wondering whether or not Tesla (TSLA) is still a meme stock. Between October and November 2021, Tesla made the headlines as it hit its greatest 12-day gains perhaps driven by a transaction with vehicle company, Hertz.

While the EV maker struggled to keep pace with its past milestones in the past few months, it was able to recoup some of its losses at the beginning of September and perhaps regain its original meme-stock hype more recently. Furthermore, according to some market watchers, due to Tesla’s stretched valuation, it might be considered one of the biggest meme stocks. However, since meme stocks’ popularity constantly fluctuates, the answer to whether or not Tesla is one is not that straightforward. (Source:Yahoo Finance)

Meme stocks might be controversial and dynamic, whether this trend will stick with us is yet to be determined. In the meantime, meme stocks seem to be here to stay and the list of meme shares keeps expanding and changing. Investors will have to wait and see how this plays out and whether or not it will prove successful.