With central banks from Tokyo to Washington D.C. scrambling to adapt their monetary policies to the shifting sands of economic volatility, global Forex markets have undergone a series of shake-ups in recent times. With the Federal Reserve seemingly on track to release yet another high-interest rate hike today, how are currency traders reacting? 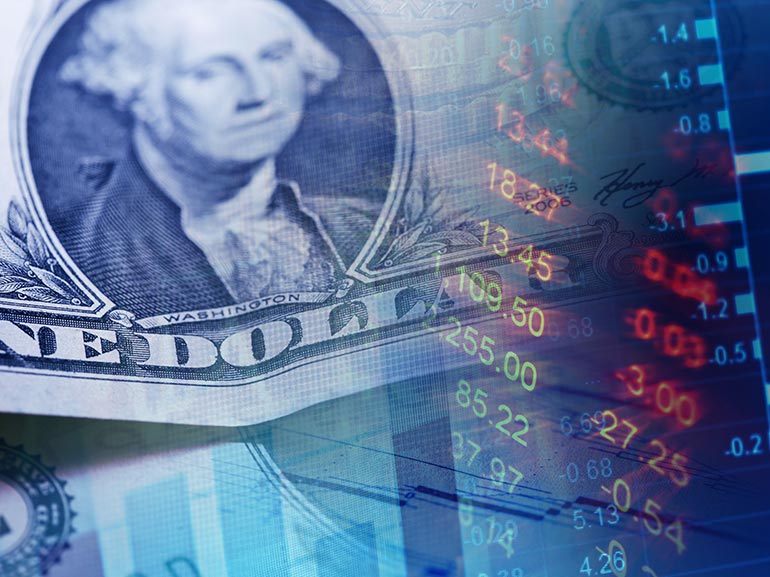 USD on the Rise

The greenback has been on an upward trend in recent days, with the U.S. Dollar Index (DX) which measures the world’s reserve currency against a basket of ten of its peers, rising more than 1% since Sunday as of the time of writing. Some analysts are attributing this to the growing market expectation that the Federal Open Market Committee (FOMC) might announce its decision to raise American interest rates by 75 basis points, or 0.75%, at the conclusion of its two-day summit later today. Others have gone so far as to predict a whopping 1% hike.

As the Fed, led by Chairman Jerome Powell, continues on its track of fiscal tightening in order to rein in inflation, the value of the Dollar has neared heights unseen in years. Yesterday, the USD neared a twenty-year high over the course of the trading day. (Source:Reuters)

Savvy market watchers may be wondering when clouds might begin to gather on the horizon for the U.S. dollar. For the moment, it seems that a confluence of factors have converged to make investments in the greenback especially attractive. Not only is an end to interest rate hikes seemingly off the table at the moment, but global recession fears and geopolitical instability have led to a risk-averse mood among wide swathes of market actors. Accordingly, the Dollar’s venerable status as a ‘safe haven’ asset may have boosted its fortunes over the course of recent trading sessions. However, as is the nature of such things, not all global currencies have been so fortunate.

Much ink was spilled over the euro nearing parity with its transatlantic peer a couple of months ago, and despite the ups and downs seen since then, it seems like the European Union’s common currency is once again taking a hit. As of the time of writing, the EUR/USD pair has dropped by just under 0.8% since Sunday.

In addition to the economic headwinds nearly all industrialised countries have faced over the past two years, the ripple effect of Russia’s invasion of Ukraine in February have had an especially marked impact on Europe’s fortunes. With major economies in the EU especially dependent on Russian-sourced Commodities, the political tensions between the powers have directly affected the inflation seen across the Old Continent.

Headline inflation in August was recorded at an annualised rate of 9.1%. Although the European Central Bank has followed the Fed’s example with a series of rapid interest rate hikes, referred to by ECB President Christine Lagarde as ‘the fastest change in rates in our history’, it seems that euro traders worldwide have not yet responded with renewed optimism toward this currency. Whether the European economy will head in the coming months, as well as how the euro will fare against the world’s reserve currency, is far from a foregone conclusion at this point. (Source:Bloomberg)

Turmoil and uncertainty have been some of the defining characteristics of trading outcomes so far this year. With the Forex market being no exception to these trends, traders may want to keep an eye out for coming developments.