Yesterday, reports came out that Apple (AAPL) CEO Tim Cook had effectively confirmed that the company would be buying chips made in the U.S. He was speaking at an internal event in Germany and said that the decision had already been made to start buying chips from a new plant in Arizona beginning in 2024. He didn't say explicitly that it was TSMC (TSM), but the Taiwanese mega chip maker is the only firm currently building a factory in Arizona and is expected to start manufacturing chips in early 2024. 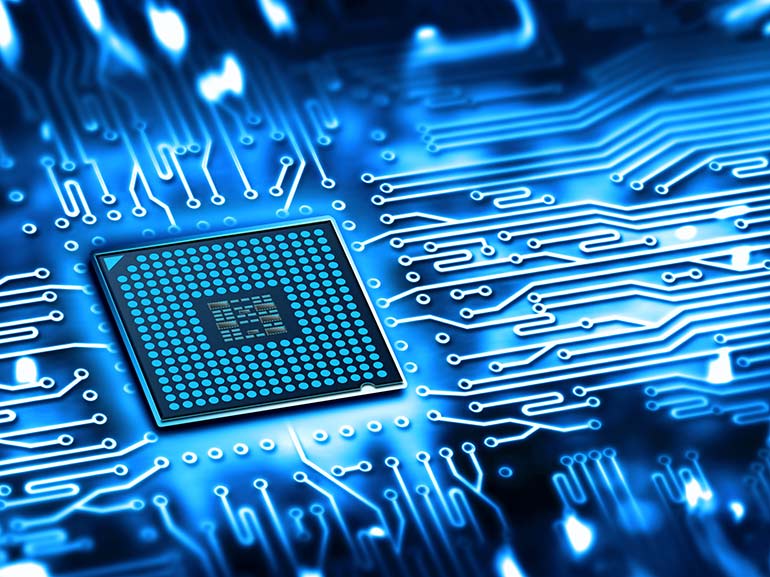 This news is important because it fits into the triangle of tensions between China, the U.S. and Taiwan. Taiwan Semiconductor Manufacturing Company (TSMC) is the world's largest producer of advanced chips needed for cell phones.

Taiwan's dominance of the semiconductor industry relies on economies of scale; it's cheaper to manufacture large volumes of chips in a single place. But since the entire world depends on these chips for appliances from cell phones to washing machines to guidance systems in missiles, where those chips are manufactured takes on significant geostrategic importance.

China has long claimed that Taiwan is part of China and has repeatedly pushed for what it calls "integration" of the Island. Taiwan - officially the Republic of China - doesn't recognise Beijing's authority and has cultivated relations with the West. With so much of the U.S. tech industry relying on chips manufactured in Taiwan, people involved in the chips industry follow the recent headlines closely.

It was reported that the government of Beijing has threatened to invade Taiwan. In fact, it held massive military exercises around Taiwan, blocking important shipping and flying routes. Chinese military aircraft routinely fly through Taiwan's defence area.

A Little Background on the U.S. Chips Manufacturing Issue

Many major phone companies don't manufacture critical components that require highly specialised systems, such as processing chips. Those are outsourced to specialist companies, or "fabs", where TSMC is the leader. Tech companies that don't make their own chips are called "fabless".

Apple designs its chips and has them manufactured by TSMC, making Apple a "fabless" cell phone company. This isn't unique to U.S. companies, including those that provide materials for the military. With covid and then the war in Ukraine, supply chains of critical products from overseas came into focus, as it was seen as disadvantageous to be too reliant on supplies from a single source. (Source:Investopedia)

The U.S. government implemented efforts to bring the production of crucial components such as chips back to the U.S. in a process called "on-shoring". One of the key measures was passing a law known as the "Chips Act", which would spend $280B in shoring up the semiconductor industry in the U.S. The Chips and Science Act is a bill introduced by Senator Chuck Schumer and John Cornyn and signed into law on August 9, 2022.

A key provision of the Act included incentives for firms to establish manufacturing capabilities in the U.S., providing a distinct monetary incentive. TSMC announced in 2021 that it would build an Arizona factory, while other U.S. firms looked to expand their own manufacturing capabilities in the U.S. instead of in strategically vulnerable Taiwan.

Apple has already initiated efforts to diversify away from China, including building a new iPhone assembly plant in India. Buying chips from a firm in Arizona would be a continuation of Apple's earlier move.

Apple's use of Taiwan has concerned U.S. politicians amidst a potential China invasion. Cook reportedly said during a meeting that 60% of the world's processors come from Taiwan and that Apple was also considering buying chips from European factories. On the other hand, Europe's top chip makers remain concerned about tensions between U.S. and China as they fear disruptions from U.S. interference in global supply chains.

Tim Cook's statement about buying from a factory in Arizona appears to be pointing towards TSMC, but the Taiwanese giant isn't the only company to make chips in that state. Intel (INTC) already has a factory there, which could compete for business.

The CEO's careful wording leaves the door open to buying from other suppliers in Arizona, with the main emphasis on buying chips made in the U.S. Though, Apple still has the phones manufactured by Foxconn in China and now in India, meaning the chips might have to be sent to China for iPhone assembly.

What it Means for the Market Going Forward

Apple's move to confirm it will return to using at least some of its chips manufactured in the U.S. helps the company diversify its supply chains and move away from some of the tensions between the U.S. and China over Taiwan. TSMC is likely to keep its largest customer after moving some of its manufacturing out of its home country, a step towards diminishing the strategic importance of Taiwan. On the other hand, diversification of supply and manufacturing facilities allows Apple to avoid issues such as the recent increase in wait times for the new iPhone due to the zero-covid policy in China.

Neither Apple nor TSMC commented in response to the reports of Tim Cook's comments, but the Taiwanese company saw shares rise another 2.9% on Wednesday after the first headlines surfaced in the media, supporting the Taiwanese index (EWT). (Source:Bloomberg)