The British Pound sterling was hit on Wednesday and dropped by just under 0.6% against the United States dollar, to its 2021 low of $1.317, before recovering 0.3% before the end of trading. Traders may be wondering why the U.K.’s currency fell to this new low point, and whether analysts foresee it recovering quickly. 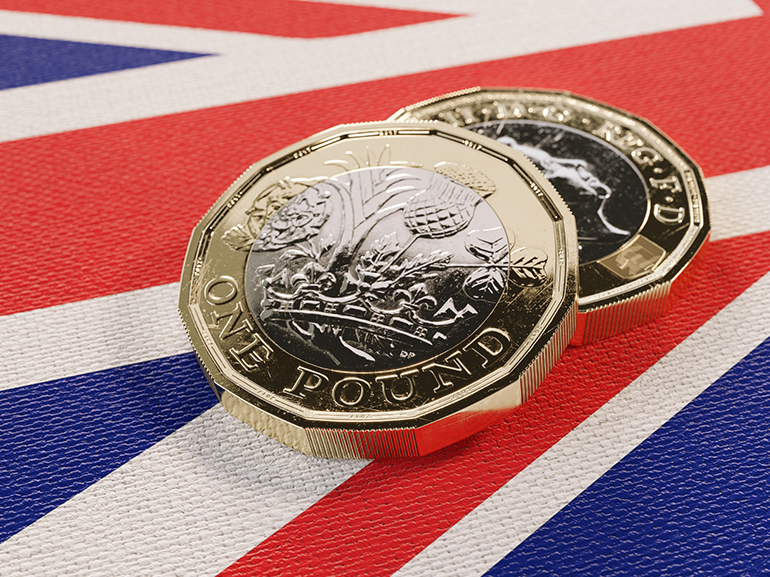 Is Omicron the Cause?

The first cases of the COVID-19 virus’ Omicron variant were detected in the United Kingdom on November 27th; since then, the number of cases has reached toward 600 and is expected to double every 48 to 72 hours.

On Wednesday, Prime Minister Boris Johnson confirmed that the United Kingdom would move to implement ‘Plan B’ public health restrictions beginning December 10th. These include mandatory mask-wearing in many public venues, the use of the National Health Service ‘Covid Pass’ for entry to various settings, and the encouragement of working from home.

Many business owners are concerned about the restrictions’ impacts on U.K. firms. As the U.K. seems set to confront yet another fast-spreading COVID-19 strain, British-based entertainment and travel firms may have been among the first affected. Budget airline EasyJet’s (EZJ-L) shares dropped nearly 1.8% on Wednesday, with a further fall on Thursday of 0.8%, as of this morning. Cineworld (CINE-L), which operates movie theatres across Britain, similarly dropped almost 2.3% on Wednesday and 2.7% on Thursday, as of the time of writing

The aforementioned companies may have been responding to fears that the soon-to-be-implemented ‘Plan B’ restrictions might push down demand from the British public for domestic entertainment and travel abroad alike. However, with the sudden shift in coronavirus infection rates, many began to wonder how the Bank of England would react.

Is the BoE Shifting Course?

It is against the backdrop of this latest health scare that the Bank of England seems likely to hold off on raising interest rates next week. Michael Saunders, a member of the bank’s Monetary Policy Committee, stated last week that he may not vote for an interest rate rise. This might come as a surprise to those who were aware of Saunders’ hawkish reputation when it comes to rate-setting.

This could be indicative of a wider shift in the BoE’s near-term policy on interest rates. Many had been betting on the bank becoming the first major central bank to implement an interest rate rise, but the winds now seem to be blowing in the direction of such an increase being postponed until February.

Last week, U.S. Federal Reserve Chair Jay Powell implied his support for measures to cut back the central bank’s bond-buying program. With the American economy seeming to strengthen enough for monetary support measures to be pared down, the contrast in monetary policy on both sides of the Atlantic may seem even starker. Many had been expecting the Bank of England to raise interest rates at their meeting last month; now, some are even seeing the possibility of the Fed raising interest rates before the BoE does.

Where is the Pound Headed?

The British pound has been on a trend of decline for over six months, as the markets seem to be unimpressed by the Conservative government’s handling of the pandemic and its resultant economic challenges. The Pound’s value against the U.S. dollar has been further hampered by high rates of inflation in the United States, as well as the fact that the British economy’s recovery has been rather sluggish compared to that of other industrialized countries. Since May, GBP/USD has dropped by over 7%.

With Omicron inducing shifts in public health and monetary policy in the United Kingdom, EUR/GBP rose by just under 1% on Wednesday, in addition to the GBP/USD drop mentioned above. The Pound began gaining ground against both the Greenback and the Euro as of Thursday morning, before falling further against the dollar. EUR/GBP dropped by 0.2%, while GBP/USD fell 0.05%.

Despite this slight recovery for the British pound, many market analysts posit that this slight rise against the USD and Euro is unstable and that the GBP will struggle to fully recover its position. Much rests on what we learn about Omicron’s health effects in the days to come, and how the British economy and Bank of England respond.