On Wednesday, microchip developer Nvidia reported revenue of $5.66 billion in Q1 FY 2022, which was an increase of 84% over last year. The company saw record quarterly sales in several divisions, including their gaming, Data Center and Professional Visualisation sectors. The company’s GAAP earnings per share were a record $3.03, which was an increase of 106% year-over-year. Nvidia stock was up by nearly 0.4% at the close of trading yesterday. 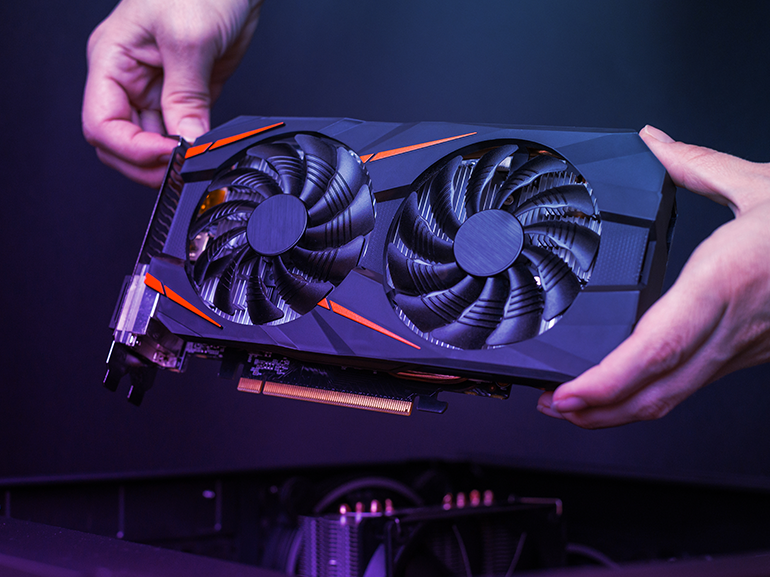 Nvidia (NVDA) Gaming saw record revenue of $2.76 billion in Q1 FY 2022, as gaming sales increased by 106% from Q1 FY 2021. During the quarter, the company launched a series of second-generation RTX graphics cards designed for its RTX platform, which now supports more than 60 games. The cards were enabled with a “Light Hash Rate” identifier which lowered their hash rate to keep them from being bought solely by cryptocurrency miners, although Nvidia stated that it believes the gaming division also benefited from cryptocurrency demand. In February 2021, the company released new chips configured primarily for cryptocurrency miners, and this division brought in $155 million.

Data Center revenues were up 79% from last year, reaching $2.05 billion. Nvidia introduced the Grace Data Center CPU during the quarter and also saw growth from its Mellanox networking products and server GPUs. Professional Visualisation was also up by 21% over last year, with record revenues of $372 million. The company unveiled a metaverse for engineers with the help of companies like BMW (BMW.DE) and WPP (WPP-L).

The automotive division saw slightly lower performance metrics, with quarterly revenues down by 1% from last year, for a total of $154 million. The company introduced the Nvidia Drive Atlan during the quarter, which was an AI processor designed for use in autonomous vehicles.

Costco and Salesforce to Release Quarterly Earnings on Thursday

Wholesale grocery supplier Costco (COST) plans on releasing its Q3 2021 earnings report later today. Analysts expect the company to announce revenue of approximately $43.82 billion, or a 17% increase, and earnings per share of about $2.28 for a 22.7% increase.

Salesforce (CRM) is scheduled to report Q1 FY 2022 earnings after the market closes on Thursday. Wall Street is predicting earnings per share of about $0.89, which would be a 25% increase over the same period last year. Analysts expect its revenue to grow by around 21%, for a total of $5.89 billion. The cloud-computing company has beaten estimates by an average of 18% over the last four quarters.

Nvidia showed strong sales numbers in its Q1 FY 2022 earnings report, and Costco and Salesforce are expected to have similar results. Will these companies be able to translate their earnings into increased stock prices?