Could the global economy be headed for retreat? Recently, more and more economic experts and lay traders alike have been asking themselves whether a general recession could be in the cards for markets from New York to Tokyo. After a nearly unprecedented worldwide economic downturn amid the ravages of the COVID-19 pandemic in 2020, industrialised economies staged a strong recovery, in large part due to dovish monetary policies on the part of central banks like the Federal Reserve. However, with many shares across different sectors continuing to struggle as we move further into 2022, it may be likelier that even worse economic doldrums are in store. 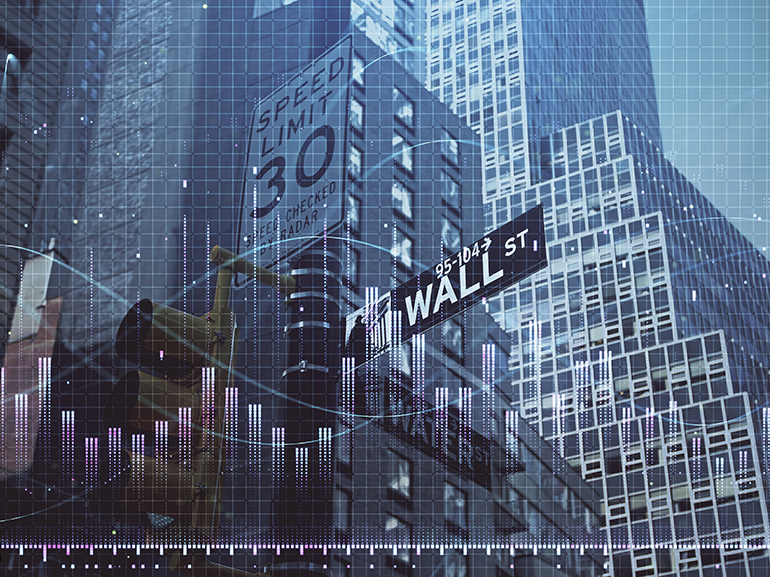 Several key stock markets have been capturing the headlines lately, but for what might be perceived as all the wrong reasons. Recently, the less-than-encouraging statistic that the S&P 500 (USA 500) had had its worst four opening months to the year since the Great Depression was released to the public. So far this year, despite volatility, major Wall Street Indices have struggled to consistently end up in the black at the end of the trading day.

Recently, tech stocks have been especially hard hit by selloffs, dragging the markets as a whole down along with them. Following its less-than-stellar quarterly subscription growth numbers last month, streaming service pioneer Netflix (NFLX) showed a 35% drop. Tech giant Meta (FB) has also had a hard time maintaining its shine as privacy policy changes and resource allocation to the still-nascent metaverse impacted its bottom line, with a share value drop of 41% so far this year.

Furthermore, exceedingly rapid price rises are affecting the living standard of the average consumer. With the latest Consumer Price Index data, collected by the United States Bureau of Labor Statistics, showing that annual inflation in the U.S. has reached 8.3%, it may come as no surprise to savvy observers that the Federal Reserve could be weighing swift interest rate hikes in the near future. Fed Chairman Jerome Powell has already been signalling in recent months that the Federal Open Market Committee, which determines the direction of American monetary policy, is willing to risk recession in order to bring inflation rates under control. Already, consumer sentiment in the world’s largest economy has reached a more than 10-year low, which could be contributing to political pressure for more radical moves.

Other significant factors that may have contributed to a general atmosphere of market uncertainty include the continuing military conflict in Ukraine and coronavirus lockdowns in China’s urban centres that have exacerbated existing supply chain blockages. In times of risk-averse sentiment, technology and growth stocks tend to be less favoured by investors, who seek secure returns on their investments. This phenomenon may well be a contributing factor to Wall Street’s current travails.

So far, despite declines of 2.8% and 2.1% observed on the Nasdaq (US-TECH 100) and Dow Jones Industrial Index (USA 30) respectively over the course of last week, the markets may still have further to fall. The S&P 500, down 2.4% last week, would still have to lose about one-seventh of its current total value in order to drop below its 200-week average. After analysing historical market data, some economists have come to the conclusion that this ‘key support level’ being hit from above would signify a major bear market. Last Friday saw rallies across New York City trading floors, but it’s as yet opaque whether this trend will carry over into today’s session.

While rises and falls on Wall Street may be often used as a proxy for the overall health of the economy, another class of assets has been displaying interesting trading behaviour as well recently. Global trends have continued to have an impact on Commodities.

Uncertainty has led many to the safe haven asset of the U.S. dollar, pushing the U.S. Dollar Index (DX) up 0.8% over the past week as of the time of writing. The Dollar’s relative strength has kept a lid on potential jumps in the price of Gold (XAU), despite its favoured status in times of inflation. While the yellow metal has risen in value by almost 0.4% since New Year’s, it’s down from its March 8th high of more than $2,070 per ounce.

A spike in the price of black gold could be on the way soon as well, according to some. Oil (CL) has fallen by nearly 14% since its closing high of nearly $125, reached on March 8th, but this state of affairs could prove a temporary reprieve before China recovers from the coronavirus and brings global demand back up. With high petrol prices already having exerted pressure on economic producers and consumers alike in 2022, this may not come as the most welcome news.

While the United States is not currently in recession, the senior chairman of Goldman Sachs (GS) is already sounding the alarm. Lloyd Blankfein stated yesterday that U.S. firms and citizens should begin preparing for a potential recession.

Goldman Sachs’ team of economists have already made the move of downgrading their projected Gross Domestic Product (GDP) growth figures for this year and next. While these experts apparently do not see this year’s predicted GDP growth falling to 2.4% as entirely negative, due to rapid wage growth and inflation being side effects of economic overheating, Blankfein sees high potential for this figure going negative.

In the coming days, much of where U.S. Indices head will depend on the quarterly earnings reports of major firms like Walmart (WMT) and Target (TGT). While it doesn’t seem like these big-box retailers will deliver as gloomy releases to the public as those in the tech sector have been, it surely remains to be seen whether their Q1 figures will be strong enough to encourage traders. This week’s continuation of earnings season could provide a window onto recent U.S. consumer behaviour given inflation’s impact on the value of their paycheques.

However, the predictions for a prolonged tech downturn could cast a shadow over the markets for some time to come. A delicate balancing act between restraining inflation and causing a further selloff across wide sectors of the economy will be required in order to prevent a general souring of near-term economic prospects in the U.S.

With such strong economic headwinds facing some of the biggest firms in the world, it’s unclear whether the warnings of Blankfein and others will be borne out or not. Continuing inflation has begun to draw more severe actions from central bankers, which in turn pushes the price of many key stocks downward in a vicious cycle. If, and how, the prevailing attitude of uncertainty will give way to steady, sustainable growth over the near term has yet to be determined.