On Tuesday, OPEC+ will hold its 24th Ministerial Meeting to decide on changes to Oil production. Many market analysts are expecting the 23-country supercartel to proceed in its policy of Oil (CL) production increases despite Omicron’s continued presence on the world stage. 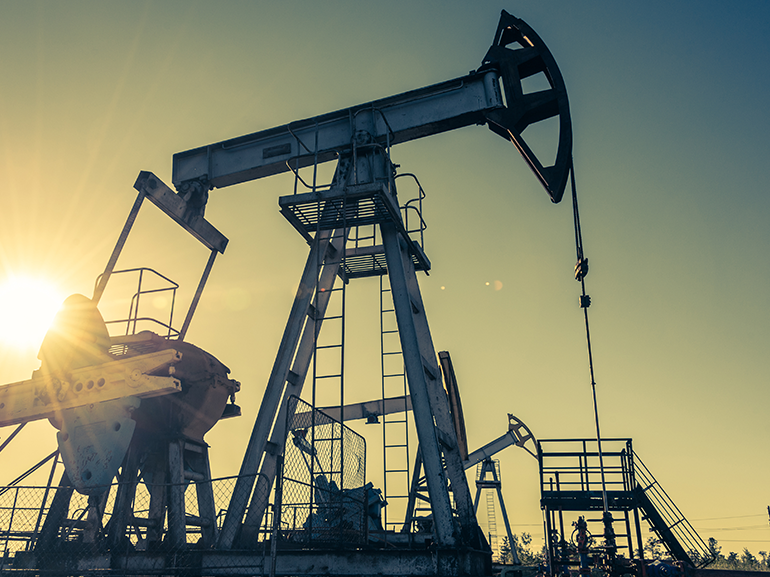 Many traders may be confused by the various references to OPEC and OPEC+ in the media. The original Organization of Petroleum Exporting Countries, which still boasts thirteen member nations, was formed in Baghdad, Iraq in 1960. This intergovernmental organisation was created in order to coordinate global petroleum production so as to prevent price crashes in times of low Oil demand. Although the industrialised world has reduced its dependence on OPEC+ supplies since the energy crisis of the early 1970s, the organisation’s decisions still have the ability to greatly affect the global economy, such as when members coordinated production cuts during the coronavirus epidemic.

In 2016, OPEC added ten allied countries, including Russia, which now presides over the organisation along with Saudi Arabia, and henceforth became known as OPEC+. This fateful decision came in the wake of an Oil price drop caused by slowing commerce and a jump in U.S. domestic shale Oil output.

The twenty-three members of the supercartel now collectively produce the majority of the world’s Oil, and hold 90% of proven Oil reserves. With the majority of global petroleum production now coordinated via OPEC+, the group’s decisions have a great influence on the international economy.

Why Is OPEC+ Important?

The interests of OPEC+ are to maintain Oil’s price per barrel from falling below a certain threshold. This is important to member countries, since the economies of some, such as Russia and Saudi Arabia, are heavily dependent on Oil revenues to function. At its summits, held biannually or more often, member states must balance geopolitical and economic concerns in their predictions for how Oil demand will move in the near future, and coordinate production accordingly.

At times, OPEC+, having assessed the state of the global economy, foresees decreased growth or a recession, and therefore a drop in Oil demand as need for energy falls. In cases like these, the members agree to cut production in order to keep supplies tight and prop up the price per barrel, such as when an output drop of 3 million barrels per day was coordinated at the height of the Great Recession in 2009.

Conversely, when economic growth or recovery seems to be in the cards, OPEC+ countries can increase their petrol output to satisfy demand without endangering ever-important prices. Thus, the decisions made at OPEC+ meetings in Vienna, albeit sometimes accompanied by intra-organisational controversy, affect operating costs for energy-hungry industries the world over.

How Has OPEC+ Acted During the Pandemic?

As the COVID-19 pandemic caused a global economic depression on a scale unseen since the 1930’s, OPEC+ members faced a dilemma with regard to coordinated petroleum production. In response to increasing restrictions implemented across developed nations, OPEC+ was forced to downgrade its Oil demand forecast in early 2020.

On April 12th of last year, the supercartel moved to cut petrol output by nearly 10 million barrels a day. The previous month, Russia and Saudi Arabia had failed in attempts to agree on production cuts, causing the price of Oil to drop by more than half over the five weeks preceding the April 12th decision. However, the drop in output lagged in its intended effects, and the price of Oil fell below $0 for the first time in history before rebounding in the early summer, leading OPEC+ to moderate production cuts to 7.7 million barrels per day.

Over the following months, the Chinese and Japanese economies proved more resilient than that of Western countries; by November, American and European demand was still nearly one-third below pre-pandemic levels, while Asian demand was only 10% under what it had been prior to COVID-19’s spread. Although Pfizer’s (PFE) announcement that its proprietary coronavirus vaccine had passed trials caused Oil to begin rising again, as a whole, its price per barrel dropped by nearly 21% over 2020, while that of petroleum benchmark Brent Oil (EB) marked a 22% loss for the year. Energy firms were also hit hard by the first year of the pandemic, with ExxonMobil (XOM), Chevron (CVX), and BP (BP-L) collectively losing tens of billions as 2020 drew to a close.

2021 provided some relief to OPEC+’s member states, with eased travel restrictions and increasing vaccination rates brought global demand back to pre-pandemic levels by February. In July, the supercartel came to an agreement to increase production by 400,000 barrels a day, gradually phasing out COVID-era cuts by April 2022. Despite the continuing challenges posed by the coronavirus’ Delta variant, Oil’s fortunes improved, with the price per barrel reaching a three-year high of over $80 in late October, and energy giants such as Royal Dutch Shell (RDSA-L) and Total (TTE.PA) posting their highest cash flows in over a decade. The discovery of yet another COVID-19 strain, Omicron, caused fears of a recurring economic recession to bring Oil demand down significantly in late November and early December, but this time recovery was much quicker, with prices rebounding by nearly 15% over the last month of 2021.

With the petroleum market, controlled to a great extent by OPEC+, still weathering one of its most volatile markets in history, traders and investors may be wondering what the outlook is going into the organisation’s Tuesday meeting.

In 2021, OPEC+ faced pressure from nations such as the United States and India to increase production limits in order to satisfy demand produced by a rebounding economy, eventually giving in to President Joe Biden’s request for increased petrol output to satisfy American consumers. However, a few important factors have led some market experts to predict that the supercartel will proceed on its current path of 400,000 daily barrel hikes rather than restoring production at an even quicker pace, or keeping cuts at their present level.

Despite the United States’ increased production over recent years, American crude stockpiles are already dwindling as the economy heats up. Furthermore, Omicron’s impact on economic activity has proven to be rather minor in comparison with those caused by Alpha and Delta, and travel necessitating fossil fuels has increased throughout Asia. As OPEC and its allies convene their Tuesday meeting, many are expecting them to come to the conclusion that the global economy can absorb a further production hike, while avoiding negative pressure on the price of Oil.

However, savvy investors might do well to keep an eye on OPEC+’s decision calculus. Demand seems steady as 2022 begins, with a slight 1% rise in price per barrel over the first two trading days of the year. Despite this encouraging sign, some have predicted global Oil supply again reaching a surplus in the near future, as countries that are not associated with OPEC+ increase output as well, and China moves to lower pollution in its major cities. The prospect for further mutations of the COVID-19 virus remains a possibility, and OPEC+ made the decision to keep last month’s meeting technically open, allowing members to reverse production hikes at any time, should the world’s economic outlook change.

Mid-term outlooks for Oil demand may be a cause for concern as well, with skyrocketing electric vehicle production by companies like Tesla (TSLA) making gasoline obsolete for many consumers, and fracking for Natural Gas (NG) in North America further reducing major economies’ reliance on what OPEC+ nations choose to export.

In conclusion, OPEC+’s meeting is unlikely to yield any major surprises; the smart money is on production hikes continuing at their current level. However, as has been made clear to us all over the past 24 months, the Oil market is rarely static, and economic shocks can lead OPEC+ to drastically tighten supplies in response to changing market conditions.