Netflix (NFLX) is set to report its Q4 2021 earnings today after market close. This premiere streaming service has seen strong subscriber growth throughout the course of the COVID-19 pandemic, but increasing competition from other streaming services could cloud the outlook for the firm. 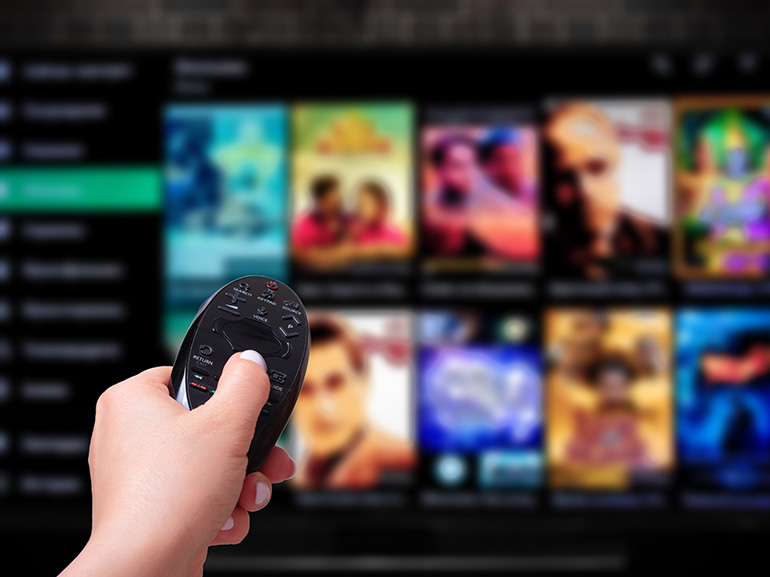 As the coronavirus spread and stay-at-home order proliferated across the world, Netflix’s numbers rose in tandem. In 2020, the firm saw record growth in paid subscriptions, gaining 36 million customers throughout the year to reach over 200 million subscribers for the first time. However, when the world began to leave quarantine toward the end of 2020 and into 2021, this breakneck growth hit the skids.

In the first quarter of 2021, Netflix’s new subscription numbers were lower by more than 11 million compared to those of Q1 2020. While the first year of the COVID-19 pandemic was a blockbuster for the streaming service, 2021 proved to be more challenging, and these headwinds could possibly be reflected in today’s Q4 earnings report.

Netflix is far from the only game in town as far as streaming services are concerned now. Paid streaming is the company’s primary revenue source, but other firms have been challenging Netflix in the competition for subscribers.

Apple’s (AAPL) Apple+ service, Disney’s (DIS) Disney+, and AT&T’s (T) HBO Max are just three of the platforms that have widened their content offerings and gained subscribers in recent times. So far, Netflix has responded to the increased challenges posed by rival streaming services by investing more in the creation of original content like the series ‘Squid Game’ and the film ‘Don’t Look Up’. This strategy could well pay off for the firm, with new seasons of successful shows like ‘Stranger Things’ and ‘The Crown’ expected to be released on the platform this year.

However, subscription growth, a key metric for investors and shareholders alike, has been on a decelerating trend since the heights of early 2020; some analysts are predicting for subscriptions to have increased by 9.1% in Q4 2021, a slowdown of 3% from the previous quarter’s numbers.

Despite this slowdown when compared to 2020’s blockbuster numbers, subscriptions still outpaced predictions for Q3 at net growth of 4.4 million, and that trend could have continued in Q4 2021. Some market watchers are seeing the predicted total subscription growth of 8.5 million for the fourth quarter of 2021 as a return to the long-term average for the figure. Netflix CFO Spence Neuman mentioned during the firm’s Q3 2021 earnings call that quarterly new subscriptions generally fall in the range of 8 to 8.8 million.

However, the rise in subscriptions is not unequivocally good news for Netflix’s bottom line; a disproportionate share of these are purchased in developing Asian markets, where a Netflix subscription costs considerably less than in the United States or Canada. Netflix raised the price of North American subscriptions by $1 last week, in line with record inflation numbers across the economy, but if a growing share of paid subscribers pay Asian prices for the streaming service, the firm’s revenue per user, which stood at $11.68 in Q3 2021, could take a hit. It remains to be seen whether the sheer number of new subscribers in developing countries can make up for the lower revenue gained from their subscriptions.

Netflix’s Q4 2021 revenue is estimated to come in at $7.7 billion, representing growth of 16% over Q4 2020. However, earnings per share for the fourth quarter is predicted to have declined by 31% over the same period, in line with a general deceleration to pre-pandemic trends. If these figures meet predictions, Netflix stock could be set to drop as it did following last quarter’s earnings release.

Netflix stock has underperformed when compared to the S&P 500 (USA 500) as a whole, gaining 11% over 2021 in comparison to the index’s nearly 29%. Over the fourth quarter, Netflix dropped by 1.7%, with an especially sharp fall in share value during the second half of November. Once the firm’s Q4 earnings report is released, traders may be able to get a better idea of whether this underwhelming trend is set to continue or not.

The signals are mixed; while increasing competition and a saturated North American market makes a return to 2020’s figures unlikely, continued production of new content offerings and high growth in emerging markets are good signs for Netflix going forward. Market watchers will have to wait for later today to get into the nitty-gritty of Q4 2021’s numbers and to find out where the firm’s executive suite sees Netflix heading in 2022.