Of all the macroeconomic trends that the world has faced since the beginning of the COVID-19 pandemic over two years ago, inflation has perhaps been one of the greatest causes for concern. Central Banks from Japan to the United States have struggled to adapt their monetary policies to the tidal wave of rising prices; tomorrow’s American Consumer Price Index data release could shed some light on whether the Federal Reserve has gotten any closer toward its stated goal of keeping inflation under control. 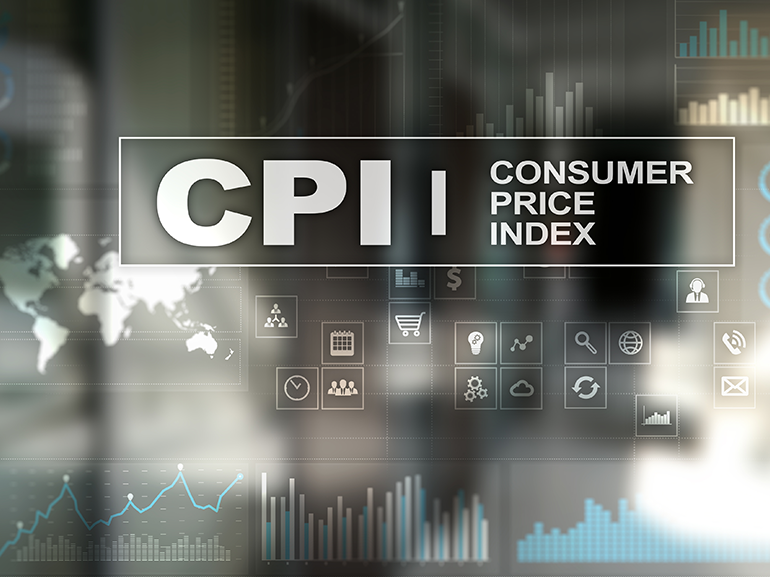 The CPI is the most widely used tool to measure inflation, or its inverse, deflation. This important tool is used to calculate how the price of a wide range of market goods shifts over time.

The Dollar (DX)’s relative purchasing power can also be estimated indirectly with the CPI, by seeing whether an amount of goods can be purchased with more or less money compared to the previously-measured period. The prices of over 90,000 goods are monitored by the Bureau of Labor Statistics every month; when inflation rates are quoted in the media, it is important to understand whether the periods of comparison are months, quarters, or years, in order to accurately understand the time range of price increases.

However, some raise the concern that the CPI has drawbacks as a measure of the U.S. economy’s health, as it fails to account for the diversity of consumption patterns adopted by American consumers, and may even underestimate inflation. Despite these potential disadvantages, it’s still preferred by professional economists and policymakers alike to judge whether inflation is within the ‘ideal’ two- to three-percent range. General opinion seems to hold that consumer prices somewhat slowed their breakneck rise skyward in August. (Source:Investopedia)

Journalists and readers across the financial media landscape have followed the U.S.’ periodic CPI releases avidly throughout much of this year. With the annualised inflation rate for June coming in at a level unseen in most citizens’ lifetimes, fountains of ink have been spilled regarding the causes and effects of the economic headwinds facing the American marketplace. Some experts are positing that Tuesday’s data release could reveal that last month’s consumer price increase declined to 7.9%, as compared to 8.5% the month before and a record of over nine percent in June.

One possible factor behind this significant slowdown could be the recent falls in the price of petroleum; in August, the price of Crude (CL) dropped by over 9.6%, while international benchmark Brent Oil (EB) marked an 8.1% fall. With apprehension regarding the fate of fossil fuel supply lines having gripped economic policymakers throughout much of last spring and summer due to the conflict between Ukraine and the Russian Federation, this may have come as some relief to producers and consumers alike.

Despite the predicted drop in consumer prices’ growth rate, it is the near-consensus forecast that inflation rates in August remained well above the target rates aimed for by the Federal Open Market Committee. Accordingly, it might seem a foregone conclusion that the Fed’s next summit, set to conclude on September 21st, will conclude with yet another interest rate hike.  (Source:Market Watch)

Recent statements by Federal Reserve Chairman Jerome Powell, as well as Treasury Secretary Janet Yellen, have strengthened the feeling among market actors that the era of increasing borrowing costs is far from its conclusion. Referencing strong labour market data, Yellen said on CNN this past Sunday that, in her estimation, it would be possible for the Federal Reserve to rein in inflation while avoiding a spike in unemployment. While Powell’s Wyoming speech last month raised the spectre of significantly slower growth over the short-term, he did not give any indication that the U.S. central bank would back down from interest rates either.

Major Wall Street Indices have struggled to maintain share values throughout much of this year in the face of the significant volatility and risk-averse mood observed on trading floors. Since the beginning of 2022, the S&P 500 (USA 500) has dropped by over 14.6%, while the Nasdaq (US-TECH 100) has fallen 22.5% and the Dow Jones Industrial Average (USA 30) is down 11.5%.

While predictions are mixed, some are saying that if the Fed follows through with yet another interest rate hike, for the third time of 0.75%, investors’ appetite for risk could suffer, with the attendant consequences for overall trading returns. Furthermore, the course of quantitative tightening embarked upon by the Federal Reserve, whereby the central bank shrinks its balance sheet, could exert further downward pressure on U.S. stock prices.

All in all, while inflation’s deleterious influence may have eased somewhat in August, it is highly improbable that consumer price increases will have slowed enough to divert the Federal Reserve from its fiscal tightening path. Accordingly, whether markets in New York and abroad are in for another hit following tomorrow’s data release remains to be seen.