With inflation and the resultant pressure on American consumers’ pocketbooks continuing to occupy a prime spot in the financial news headlines, the markets may be looking to major retailers’ upcoming earnings reports for clarity. Over the next two days, Lowe’s, Walmart, and Target will all be releasing their quarterly numbers to the public. 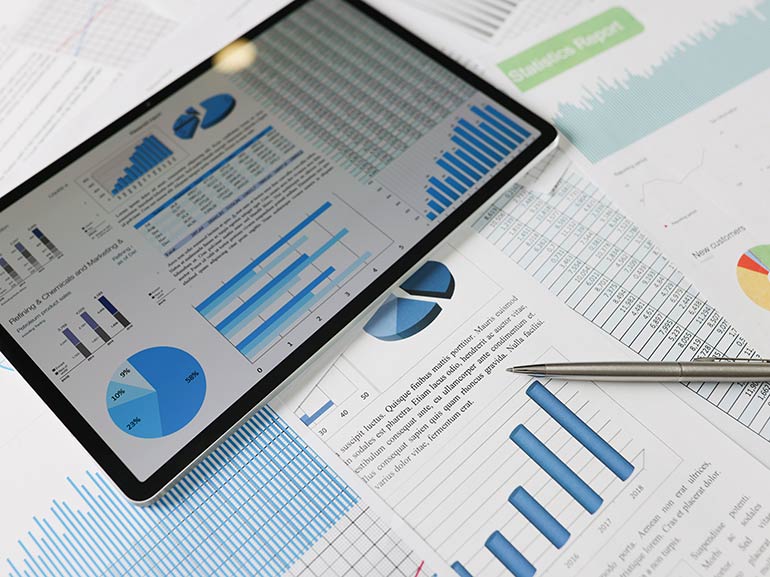 Walmart Up to Bat

Big box super-retailer Walmart (WMT) is expected to release its Q2 2023 earnings on Tuesday, August 16th before the markets open. Recent weeks have been marked by some concern regarding what tomorrow’s report could reveal about the state of Walmart’s bottom line; on July 25th, the firm’s executives drastically reduced its profit outlooks for the second quarter as well as for the year as a whole. (Source:Yahoo Finance)

A confluence of well-known factors could be the culprit in this more negative outlook for one of the world’s biggest retailers. Inflation in the United States is not yet closing in on the ‘ideal’ annualised rate of two percent despite the best efforts of the Federal Open Market Committee in the form of rapid interest rate increases. Furthermore, some analysts say that consumers have been growing less prone to pulling their wallets out and making purchases.

Walmart’s warning on the 25th predicted earnings per share (EPS) for the second fiscal quarter dropping by 9% year-over-year; EPS for the year could drop by as much as 13%, much greater than the 1% drop previously predicted in May. Walmart shares dropped by 7.6% over the course of the trading day following this announcement, but have, as of the time of writing, recouped these losses.

Tomorrow morning, investors may be especially focused on how Walmart’s grocery business has fared. Last quarter, food items made up nearly 60% of the firm’s total revenue, and some are concerned that inflation could have taken its toll on the willingness of customers to spend on even the most essential of goods.

Estimates for Tuesday’s figures are for EPS to come in at around $1.62, with total revenue increasing by over 7% since Q2 2022 to just under $151 billion. Whether these figures will encourage traders to help Walmart shares recover from their 8.6% decline seen so far this year remains to be seen. (Source:Market Watch)

Target to Miss the Mark?

Target, set to release Q2 earnings on Wednesday morning, could also provide crucial information for those seeking to understand the state of the U.S. retail market this summer.

Target’s (TGT) bottom line, by the admission of its own executives, has been affected by an inventory oversupply, and even moved to liquidate much of it late this past spring. Inflation could also be a key concern for those watching Target’s quarterly data tomorrow, but according to some, the pressure could be less than that exerted by consumer price increases on Walmart.

Many opine that Target is still struggling to cope with the record-breaking inflation rates that have sent the markets into a tizzy throughout much of the past year. Analyst opinions seem to be mixed with regard to whether the super-retailer will be able to bring inventory down to the appropriate level and match shifting consumer behaviour or not.

As it stands, forecasts are for Target’s earnings per share for the quarter to coast downward to 71 cents, an 80% change in the past year. Revenue could hit just over $26 billion, an increase of nearly $1 billion from Q3 2021. With Target stock down by more than a quarter so far this year much rests upon how investors will perceive Tuesday’s morning's release.

Home improvement giant Lowe’s (LOW) is also expected to release quarterly numbers tomorrow morning. As with the aforementioned retailers, the decline in American citizens’ purchasing power could have made its mark on Lowe’s figures for Q2 2022. In addition, the U.S. housing market’s recent cooling down might have made Lowe’s product line less essential for the average customer.

Lowe’s stock is down by 20% so far this year. However, the firm’s earnings per share figure is expected to hit $4.63, an almost 9% increase from the relevant figures a year ago. Furthermore, a positive indication could be found in the fact that Lowe’s recently paid a quarterly dividend to shareholders on August 3rd.

All three of these major U.S. retailers have been forced to grapple with the rapidly shifting headwinds facing the American economy in particular and global markets as a whole. While the quarterly releases expected over the next two days could shed some light on consumer behaviour in recent months, the road ahead is as yet shrouded in uncertainty.