Earnings season is set to continue this week with some of the United States’ biggest retailers reporting their first-quarter results. This year’s reports have thus far been a mixed bag, with some of the biggest names in tech like Netflix (NFLX) and Meta (FB) disappointing investors and contributing to a stock retreat on Wall Street. Now that Walmart, Target, and Home Depot are expected to post results, it remains to be seen whether these firms’ fared better over the opening months of 2022. 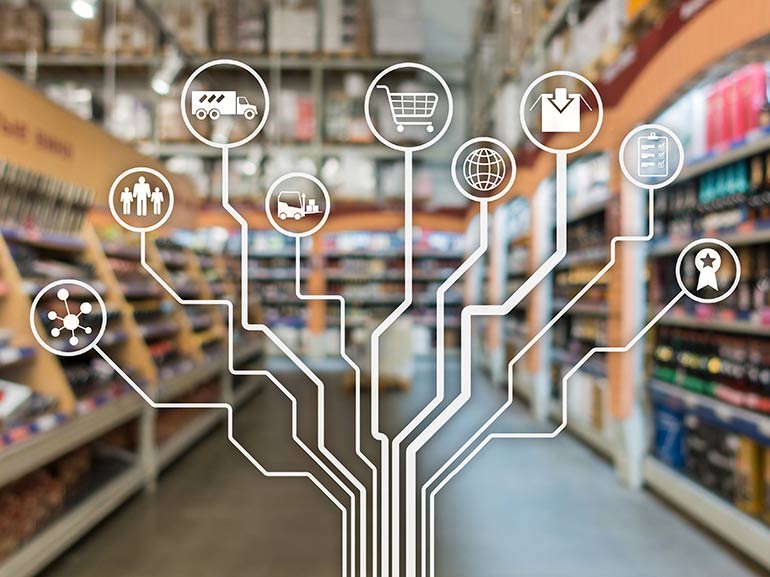 One of the most headline-grabbing topics in American business newspapers in recent months has been the skyrocketing inflation rate. With the Bureau of Labor Statistics’ latest Consumer Price Index (CPI) data showing prices to have risen by 8.3% over the past year, the average American is feeling the crunch.

This morning, consumer goods megaretailer Walmart (WLMT) is expected to release its first-quarter results. This report could not only have an effect on Walmart’s share value, but also shed some light on the extent to which consumers with lower incomes are influenced by price rises.

During the first part of the COVID-19 pandemic, a broad shift toward the purchase of goods rather than services could be observed as demand for toilet paper and personal protective equipment went up. A return toward heavier consumption of services could be underway, but according to expectations, Walmart’s business strategy in the first quarter will still bear fruit.

Walmart’s Q4 2021 results were mostly encouraging, and foot traffic at its stores doesn’t seem to have declined in the interim. The big-box store is expected to deliver an earnings per share (EPS) figure of $1.48, with sales of $138.8 billion. If these predictions are borne out, confidence in continued consumption among lower-income Americans could be renewed.

Will Target Miss the Mark?

Despite Target’s (TGT) foot traffic figures being in line with those at Walmart, some analysts are predicting less rosy results for this retailer ahead of its Q1 earnings release tomorrow morning.

In the wake of the pandemic, Target’s executives have been focusing on proprietary brand development as well as on opening new stores and renovating existing locations. Many consumers may be drawn to Target due to its wide array of store product lines, but inflation could be keeping potential growth numbers in check.

Furthermore, continuing supply chain issues may be making inventory fulfillment difficult, while consumer essentials like household goods and hygiene products, which provide less of a profit margin, make up a large portion of Target’s sales.

So far this year, Target stock is down 5%. Earnings per share estimates for Q1 2022 are about $3, nearly a fifth lower than last year’s equivalent figure. Revenue is predicted to come in at $2.4 billion, a 1% increase from 2021’s first-quarter number, but it remains unknown whether Target will surprise investors tomorrow before the opening bell.

Georgia-based home improvement retailer Home Depot (HD) is also set to release its Q1 figures this morning before the beginning of the trading day in New York. According to industry experts, demand for this big-box giant’s goods ebbed and flowed throughout the first three months of the year, with a peak in February followed by a slackening in early spring.

However, this trend is not expected to negatively affect Home Depot shares, which have already lost 27% so far this year. Much as with a plethora of other economic sectors, inflation and kinks in global supply chains have affected Home Depot, perhaps contributing to its expected 2.7% decline in Q1 revenue compared to last year, predicted to come in at just under $36.5 billion. The firm’s earnings per share figure is predicted to be 5% lower than that revealed at last year’s first-quarter earnings call at $3.65.

Despite these declines from last year’s stimulus-boosted figures, the home improvement sector as a whole seems to be gaining momentum. A strong housing market in the United States, as well as the continuing implementation of the ‘One Home Depot Plan’, focused on supply chain expansion and technological improvements, might also have raised Q1 numbers. Guidance for the coming quarters could have sway investor opinion about the wisdom of purchasing Home Depot stock later today.

With this earnings season having been full of ups and downs as diverse industries grapple with general economic headwinds, traders may be hoping for some good news from the U.S. retail sector. Time will tell if this desire is satisfied.