US markets have been rising this week, shaking off late October losses and pushing the dollar higher. 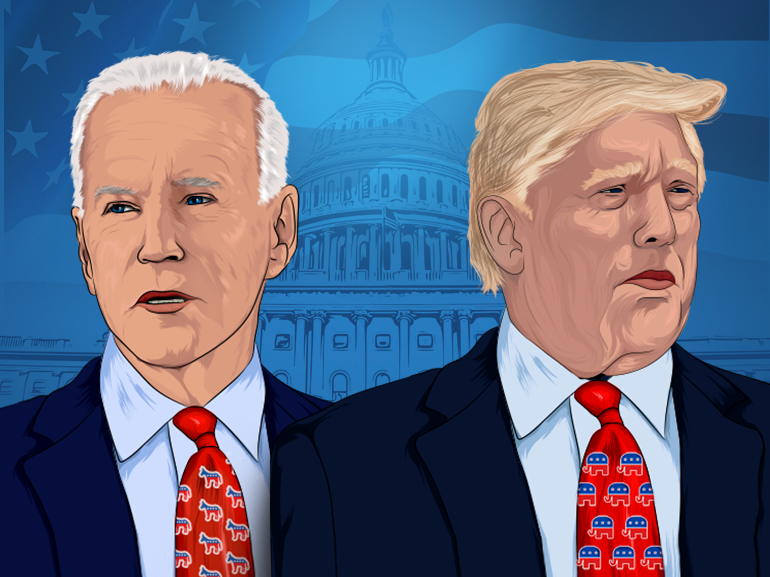 President Donald Trump preemptively declared victory on Tuesday night after polls had closed, even though all ballots had not yet been counted. Despite being behind on Tuesday night, former vice president and Democratic candidate Joe Biden has slowly pulled ahead of Trump on Wednesday night, following signs that Biden was leading in Michigan and Wisconsin.

As mail-in ballots proved to lean more towards Biden, markets rallied and the dollar climbed in the Forex market. The GBP, the British Pound Sterling (GBPUSD) dropped 0.7% against the US Dollar on Wednesday. At the same time, the USD held steady against the  Euro (EURUSD), Australian Dollar (AUDUSD), and Canadian Dollar (USDCAD).

Despite uncertainty of when final results will be available, traders were bullish on the dollar, expecting it to remain strong.

US Markets Climb as Biden Pulls Ahead

Wednesday trading saw US markets climb alongside Biden’s chances of winning. As markets opened shortly after Wisconsin seemed as if it might flip to blue, S&P500 (USA500) futures jumped, reaching as high as 3,479 points before closing out the day at 3,440 points. This 2.29% rise came despite uncertainty around the presidential race.

In California, proposition 22 or “Prop 22”, which pushed for Uber and Lyft drivers to remain independent contractors passed by 58%. This saw both ridesharing companies’ shares rev up, raising Lyft (LYFT) by 11.2% and Uber (UBER) by 14.6% during Wednesday’s trading.

Four states voted to legalize the recreational use of Marijuana, including New Jersey, Montana, South Dakota and Arizona. Despite the lifting of restrictions on this plant, Tilray (TLRY) fell 9.3% along with Canopy Growth (CGC), which dropped 7.3%. Despite these major players’ drop, the Cannabis Stock Index (BGCANG) ticked 0.6% higher to finish out yesterday’s trading at 307.65 points.

As of Thursday morning, there is still no clear winner of the US presidential election with some states, like Pennsylvania, saying they will need more time to properly count mail-in ballots.