On Wednesday, the Bureau of Economic Analysis released its final Q3 2021 figures for the United States’ Real Gross Domestic Product. The BEA’s numbers showed a significant slowdown when compared to those from Q2, showing the continuing effects of the COVID-19 pandemic on the American marketplace. But first, let’s take a look at what GDP is, how it’s measured, and what traders use it for. (Source: bea.gov) 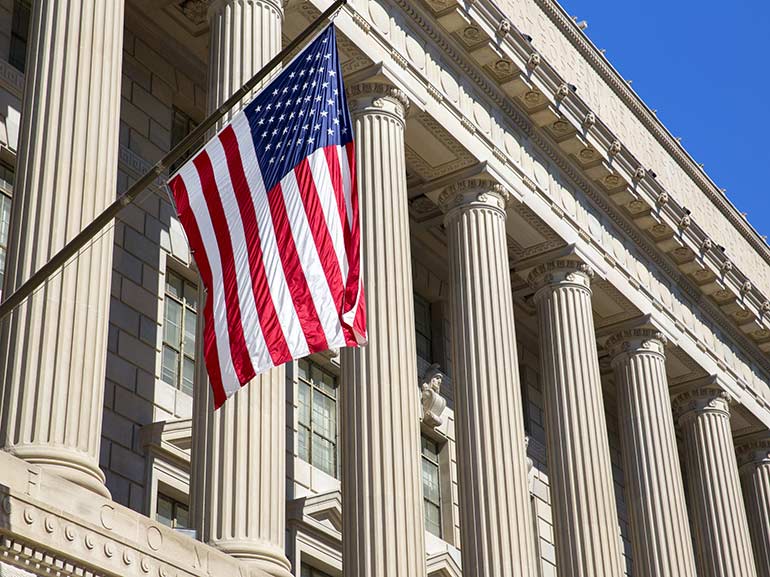 What Is GDP & How Is It Calculated

The Bureau of Economic Analysis’ quarterly release of GDP growth figures provides an indication of the U.S. economy’s overall health. Gross Domestic Product, or GDP, is found by summing up the total value of the goods and services produced within a country.

Both the total GDP figures, measured in trillions of dollars, and their growth rate compared to the previous time period, are taken by traders and investors alike the world over as a barometer of the American economy’s overall state of health.

The BEA also takes inflation into account when calculating its Real GDP figures, a consideration that is growing ever more relevant as inflation in the United States continues to shoot upward. When the Federal Open Market Committee (FOMC) moved to raise interest rates last week, its members had BEA figures on hand to help them come to the conclusion that the time had come to change course on monetary policy.

Over the course of the pandemic, these data points have been used by many market watchers to gauge the speed of America’s recovery from the various travails induced by the COVID-19 pandemic. The Gross Domestic Product figures gathered and released by the BEA have gone up and down over the past year as the stock market and the economy as a whole have surfed the waves of the coronavirus.

From a more than 30% drop in Q2 2020 to last quarter’s 6.7% rise, traders might have used the Bureau of Economic Analysis’ releases to keep their fingers on the pulse of the American economy as a whole, or of specific sectors therein.

Before the release of the final estimates for every quarter, the BEA releases two preliminary estimates based on incomplete data. Each estimate of GDP growth released by the BEA for the period from July to September 2021 has been better than the last; in October, a 2.0% growth rate was predicted, while November’s estimate was 2.1%. The final estimate, released yesterday, was 2.3%.

However, despite the final Q3 figures being slightly better than had previously been expected, market watchers may have been disappointed when comparing Wednesday’s release to the 6.7% growth rate observed over the second quarter. Why has the U.S. economy slowed down by almost two-thirds since the spring?

Consumer spending is the total amount people spend on goods and services for their own private, personal use. In economic terms, it can be considered as a complement to savings, investments, and production. It has been estimated that 70% of the U.S. economy is powered by consumer spending; when average American citizens hit the brakes on spending, the economy as a whole grows less quickly.

Over the third quarter of 2021, COVID-related restrictions were reintroduced in many parts of the country in order to combat a surge in Delta variant infections, while government assistance checks went down.

Continuing supply chain issues also increase the costs of various goods for consumers; some even predict that high inflation rates may return the American economy to the state of ‘stagflation’ from which it suffered in the 1980s. All of these factors combined discouraged the average American from pulling out his or her wallet.

Wednesday’s data release also revealed which specific industries grew or shrunk over the third quarter. The continued issues with global supply chains and chip production caused spending on motor vehicles from companies like General Motors (GM) or Ford (F) to decrease, while spending on international travel pushed the services sector up, benefitting companies such as American Airlines (AAL) and Delta (DAL). Clearly, much of Q3’s GDP results rested on the hard-to-predict trajectory of coronavirus restrictions, and government responses thereof.

Many are assuming that the current quarter’s GDP growth will far outpace Q3’s lackluster figures, nearing those of spring 2021 at 6.5%. We still don’t fully understand how COVID-19’s newest variant, Omicron, could affect the economy going forward. However, what is certain is that the American population’s vaccination rate is higher than it was earlier this year, which many are saying indicates that the economic downturns experienced in previous waves of the pandemic will be evaded.

However, even though most analysts have concluded that GDP growth will be above long-term trends both for Q4 2021 and for 2022 as a whole, much remains uncertain. Goldman Sachs (GS) recently downgraded its 2022 GDP growth forecast in the wake of the Biden administration’s difficulties in passing its landmark Build Back Better legislation. Furthermore, experts from Wells Fargo (WFC) and Bank of America (BAC) are divided in their opinions as to how quickly supply chain travails will be mitigated.

The United States’ Gross Domestic Product figures since the beginning of the pandemic have gone up and down with the pace of coronavirus infections and the resultant lockdowns. As we are poised to enter the pandemic’s third year, it remains to be seen whether the Bureau of Economic Analysis’ Q3 figures were a low point in the American economy’s continuing recovery or the harbinger of things to come.