All four U.S. equity benchmarks sold off Tuesday due to debt ceiling risks, exacerbating the U.S. stock market ahead of October, historically the most volatile month of the year. However, the Nasdaq 100 (US-TECH 100) dropped almost 2.9%, underperforming among the American indices in its worst results since March. The big technology companies weighed on the tech-heavy index. 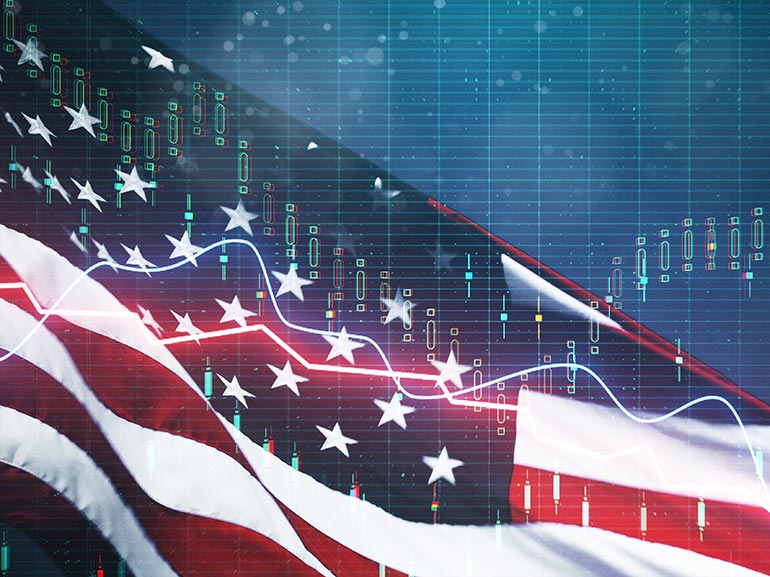 What is motivating investors to unload U.S. stocks right now, and why are technology companies among the biggest losers?

First, let’s start with some background information and terminology. What is the “Debt Ceiling?”

It is the extent to which the U.S. federal government can borrow. To clarify, it means how much the American government can add to all existing debt. Since the federal government has not been able to pay down the debt, it just keeps raising the debt ceiling.  It is about to raise it for almost the hundredth time since the practice started in 1917, at the time of America’s entry into the First World War.

If Congress can’t agree on how much more borrowing it authorizes the federal government to do, it will leave the government unable to pay bills and will begin shutting down.

Could the World’s Largest Economy Default?

However, a shutdown is not the worst part. The real risk is that the American government would be unable to repay its debt, with some analysts saying such a scenario would have a stronger negative impact on markets than when Lehman Brothers collapsed in late 2008, triggering a financial domino effect.

Some consider US Treasuries to be the safest assets on earth because their value is guaranteed by “the full faith and credit” of the United States government. Since America has been seen as the most politically stable government in the world, investors had faith in its debt. However, if the U.S. defaults on its debt, investors may lose that trust.

US Treasuries yields have risen on Tuesday for the fifth straight day, for the first time since August. The yields are the payout of Treasury notes. When supply overcomes demand, bond prices fall. The lower the price, the greater the difference between the payout and the price, raising the yields. Investors, anticipating a selloff in U.S. bonds amid a government shutdown, or even a potential first-ever default, sold off Treasuries between September 23rd and September 28th. Today, Treasury yields fell for the first time since then.

The rise in yields was seen as the trigger for the sharp decline in the Nasdaq 100, as concerns increased regarding valuations and higher rates reduced the present value of equity cash flow. High-growth companies’ values are closely tied to future earnings. The biggest technology companies have been benefitting from the lowest interest in history since the coronavirus entered our lives. Now that rates were seen to rise, investors were cashing out.

Meanwhile, both Federal Reserve Chair Jerome Powell and Treasury Secretary Janet Yellen warned Congress that if the debt ceiling is not raised in time, averting a default, the consequences would be catastrophic. JPMorgan is preparing for a “potential catastrophic US credit default.”

JPMorgan Chase CEO Jamie Dimon says that every single time, this problem gets fixed. This is the third time JPMorgan is getting ready for the potential fallout of a default, and so far it hasn’t happened. But the bank needs to be ready, just in case.

What Will Happen to Financial Markets?

So, what will happen to assets if Congress fails to raise the limit of borrowing, and worse, if the country defaults for the first time? Presumably, U.S. Treasuries will sell off, pulling the dollar down, as foreign investors repatriate their capital. The biggest trading currency and the world’s second-largest global currency reserve is the EUR/USD, which therefore stands to benefit. Furthermore, investors are likely to reroute funds out of stocks, not just American, as a major selloff in one market has been known to affect others, and into Gold (XAU). Although the consequences of a U.S. government default cannot be foreseen, such an event would clearly have an impact on markets far beyond American shores.