While the conflict between the Russian Federation and Ukraine has been closely covered by the international news media over the past 124 days, the economic fallout for countries far from the firing zone is still materialising. Early this morning, Russia defaulted on its debts for the first time since the pre-Soviet era in 1918, putting into question how far the economic ripples could reach. 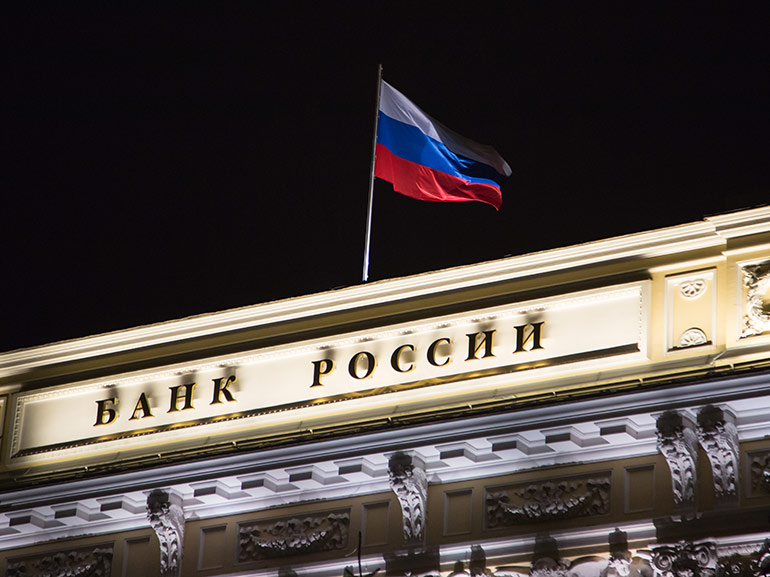 Since Russian troops first entered sovereign Ukrainian territory in late February, an ever stricter sanctions regime has been put into place by Western democratic powers. From the disconnection of Russia’s financial industry from the SWIFT system, which coordinates payments between banks internationally, to a plethora of Western multinationals, including Mcdonald’s (MCD) and Starbucks (SBUX), ceasing operations in Russia, the former Soviet hegemon’s economy has struggled to stay afloat.

A new chapter in the saga of financial turmoil began this morning, as Russia failed to pay $100 million worth of interest on its foreign currency sovereign debt by Sunday’s deadline. Originally, this payment on two Eurobonds was due on May 27th, but a grace period was extended until yesterday at midnight. As a layer of fog currently envelops the Russian economy, the proximate effects of this landmark payment delinquency are as yet unclear.

According to many analysts, while the business and financial sectors from Moscow to Vladivostok are clearly in distress, hard, reliable data is difficult to obtain. This is because the Central Bank of the Russian Federation’s foreign reserves remain frozen, and as aforementioned, the world’s largest country’s banking sector has been amputated from the international system. Also, in line with E.U.-imposed sanctions, rating firms such as Standard and Poor’s no longer offer ratings on Russian-based businesses.

As of writing, international ratings agencies have yet to declare a default, although official confirmation is expected to already be in the pipeline. However, in a twist, Russian officials are continuing to deny that their state lacks the means to make these missed payments. According to government sources, the Russian Federation is being forced into a ‘false’ default despite the fact that it intends to service its $40 billion of foreign currency debt in rubles rather than another store of value.

The core issue with such a plan is that none of the agreements by which Russia obtained its foreign obligations allow for service via rubles, while Russia has no way to access international Forex markets to convert the contents of its coffers to another currency. Therefore, the $400 million worth of rubles in late interest payments paid last week might very likely not be accepted.

Some market watchers posit that investors may be holding their breath and waiting to see how this default plays out. Some traders, both Russian-based and abroad, may be hoping that the armed conflict in Ukraine will draw to a conclusion shortly and thus lead to an easing of economic sanctions on Russia. If Russia’s banking sector is allowed to rejoin international networks, the country’s lenders may be able to accept payments in rubles and then convert them into another store of value. However, while the near-term consequences of this default turmoil are still opaque, other clouds are already gathering on the horizon.

Inflation is by now a well-trodden topic in financial media outlets across the globe, as record price rises are recorded in the United States and Europe, among others. One major cause of this decline in purchasing power has been the jump in the cost of major fossil fuels, like Oil (CL), stemming from supply lines between Siberian fields and the West being severed.

Despite these challenges, major European nations may now be rethinking their energy policies in order to lessen the load induced by the supply shut-off. Three of the largest firms in the French energy sector, TotalEnergies (TTE.PA), EDF (EDF.PA), and Engie (ENGI.PA), are calling on their compatriots to reduce consumption in order to keep supplies of Natural Gas (NG) high enough to satisfy demand this coming winter.

In addition, the Macron administration will soon restart operations at a coal plant in eastern France in preparation for the country’s winter heating demands. This decision comes in the wake of Germany’s still-materialising plans to begin producing electricity from coal in order to wean itself off of Russian gas imports.

At the moment, the European Union is still far from self-sufficient, and the European Central Bank in Frankfurt is struggling in its attempts to rein in inflation. While these steps toward domestic production may provide some relief for European citizens as they look forward to winter, much is still uncertain. Today’s Russian default, opine experts, is not likely to drag already-beleaguered global Indices downward, as the country’s economy is predominantly isolated from the world financial system at the moment. However, the ripples emanating from Russia’s economic turmoil could still hold surprises in store for traders and policymakers alike.