The zero-fee trading platform’s public offering attracted masses of individual investors this week, perhaps following the cues of star investment manager Cathie Wood. Wood’s investment fund, ARK innovation (ARKK), purchased $229 million worth of shares after the company went public last Wednesday, perhaps increasing confidence among retail investors. Some market analysts have called the reliability of Robinhood’s revenue streams into question, stating that other new companies on the market had also experienced a sharp rise in stock rise, or a ‘pump’, before hitting a sell-off point, or a ‘dump’. Furthermore, Robinhood’s own pre-IPO prospectus acknowledged the possibility that the company’s decision to reserve one-third of its stock for its customers could lead to trading price volatility. 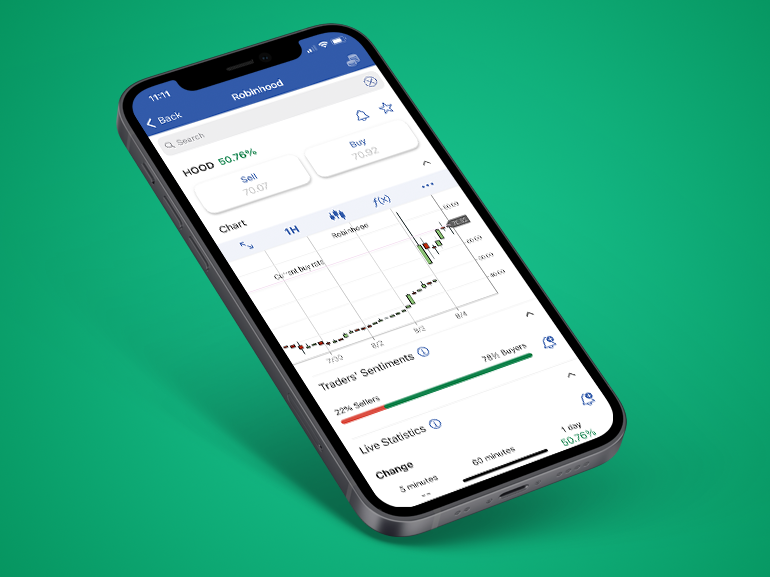 However, in the days following Robinhood’s IPO, the company’s share price has surprised supporters and doubters alike. Some market watchers have compared Robinhood’s lackluster start last week to Facebook’s IPO in 2012. However, the advent of so-called ‘meme stocks’, promoted by traders using online forums like Reddit, have altered the trading cycle. In part because of enthusiasm shared online, Robinhood’s stock price jumped despite the lack of any major news related to the company.

The company’s value peaked at over $65 billion, more than doubling from $29.1 billion at the time of its IPO. On Tuesday, Robinhood was the most-traded stock on Fidelity’s (FIS) platform, with 32,000 Buy orders. This was more than twice the number of Buy orders for AMC Networks (AMCX), the second most in-demand stock on Fidelity’s platform. Market opinion remains divided on whether this momentum can be maintained; Bloomberg Intelligence predicts that Robinhood’s baseline stock price is less than half what it is currently trading for, but CNBC’s JIm Kramer has stated to viewers that the stock still holds significant appeal for younger investors.

On Wednesday alone, Robinhood’s share price jumped by over 50%, capping a more than 77% rise since it began trading last week. ARK Innovation, Cathie Wood’s flagship investment fund which has been one of Robinhood’s strongest proponents, was also trading up by 2.5% on Wednesday.

Robinhood is not the market’s only success story this week. Moderna (MRNA) is expected to release its Q2 earnings report on Thursday, and many are predicting that the biotechnology firm will pleasantly surprise investors. The company’s main area of activity is the development of medicines based on messenger RNA, such as the COVID-19 vaccine, and the continuing spread of the virus’ Delta variant could increase the need for such drugs in the months to come. On Wednesday, Moderna’s share price increased by over 8%, with an overall 21% increase over the past week. Thursday’s earnings release might have an effect on Moderna’s stock price in the coming days.

Robinhood’s steep rise in stock price, as well as Moderna’s upward revenue estimates revision,  may have caught some investors by surprise; it remains to be seen whether these stocks will keep trending up or fall back down after the hype.