Robinhood (HOOD), the popular investment app, is expected to go public on Thursday. Wall Street analysts are estimating a valuation of nearly $32 billion when the company goes public. Robinhood plans to trade under the symbol HOOD on the Nasdaq. 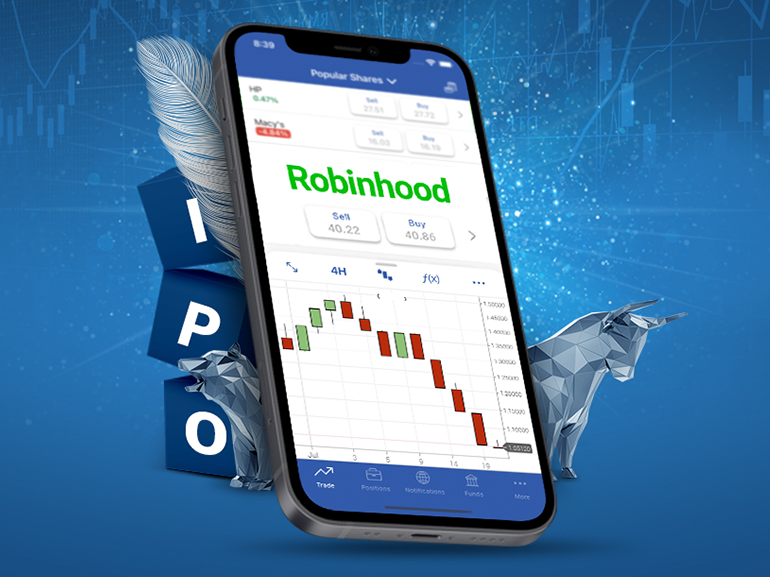 The company focuses on providing app-based trading and their target market is young or beginner traders. The company provides commission-free orders on Stocks and ETFs, and also allows fractional shares for users who wish to purchase a small percentage of an asset. The company first launched in 2013 and was particularly successful during the crypto craze of 2017, as Robinhood offers commission-free trading on Bitcoin and Ethereum.

Instead of commissions, Robinhood makes money in three significant ways. First, the company uses a system called payment for order flow. This means that orders are sent to third parties to be aggregated for volume discounts, and the third parties pay Robinhood for sending them traffic. Second, the company offers a premium service called Robinhood Gold, which offers additional features such as trading using margins. Third, the company charges users interest for funds held in their accounts. The average revenue collected per user has more than doubled in the past two years. Interestingly, Robinhood will also offer one-third of its shares to its own users, rather than requiring them to purchase them on the open market.

Why Is Wall Street Watching Robinhood?

Robinhood has been growing quickly since 2013. In 2020, their order flow payments, which equal about 50% of their revenue, came to $682 million. This was more than five times what they made in the previous year. In only four months, from March to July of this year, Robinhood gained nearly five million users, to reach a total of 22.5 million. The company also saw 400% growth in the amount of assets under custody for the year ending in March 2021.

The company was profitable last year, earning a net income of $7.4 million against revenue of $985.8 million in 2020. However, in Q1 2021, Robinhood lost $1.4 billion. This may be related to its emergency fundraising during the meme trading frenzy that took place in January 2021. The company saw a dramatic uptick in trading volumes after users from a Reddit group drove up prices for stocks like GameStop, and was then forced to raise $2.4 billion to cover their increased collateral requirements with clearinghouses. Furthermore, Robinhood had to pay an unprecedented $70 million fine imposed by the Financial Industry Regulatory Authority because of violations relating to customers experiencing outages and receiving incorrect information, among others.

Robinhood’s IPO may offer traders an opportunity to gain exposure to an up-and-coming company. It remains to be seen what will happen to Robinhood’s share prices once the IPO is completed.