Two of the coronavirus era’s most successful firms are set to release their Q1 2022 results this week. How did Netflix (NFLX) and Tesla (TSLA) fare over the first three months of the year as global market volatility continued? 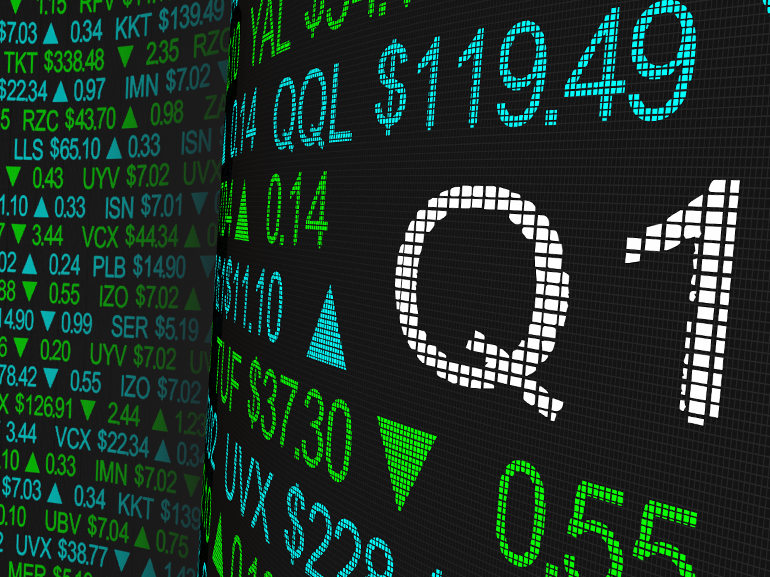 This streaming pioneer benefited greatly from stay-at-home orders as viewers all over the world searched for ways to entertain themselves during the early months of the COVID-19 pandemic. On the back of rapidly rising subscription numbers, Netflix’s stock value increased sharply for most of 2020 and 2021. However, this trend has been turned upside down so far this year; Netflix shares have declined by nearly 43% since the beginning of the year, returning to pre-pandemic values. Especially sharp drops in share price were observed following disappointing full-year and Q4 2021 earnings releases in January. Furthermore, many analysts foresee the company’s Tuesday Q1 earnings release to reveal a sharp slowdown in customer growth.

While Q1 2021 saw Netflix add almost four million new subscribers to its rolls, expectations are for the first quarter of 2022 to have seen a slowdown of almost 40% in this key revenue factor. One reason for this slowdown could be a price hike for North American streaming viewers; Netflix executives may have weighed the potential loss of subscriber growth against increased revenues from more expensive membership fees, and chosen to go with the latter in order to fund the production of more original content.

Additionally, following in the footsteps of many other businesses, the streaming giant made the decision to cease providing service to its one million Russian-based customers last month due to Russia’s military engagement in Ukraine. Tomorrow following the closing bell, traders may get a sense of how much the loss of Russian subscribers affected overall Q1 numbers.

The American and Canadian markets may have reached saturation, but according to some market experts, subscriber growth has continued strong across Asia. This increase in viewership in countries far from Netflix’s California headquarters may have buoyed overall revenue, but increased competition from rival streaming services owned by Walt Disney, NBCUniversal, and ViacomCBS, among others, could still have proven an obstacle in Q1.

Current estimates are for Netflix’s Q1 earnings per share (EPS) to come in at $2.89, a nearly 23% decline from the same quarter last year. Conversely, it’s expected that the firm’s first-quarter 2022 revenue will have grown by nearly 10% to reach $7.9 billion over the same period.

Another U.S. business leader set to release Q1 results this week, on Wednesday, is electric vehicle giant Tesla. This pioneer in the EV field has reaped the benefits of soaring demand for non-petrol-fueled forms of transportation, with Tesla shares increasing in value by 33% over the past two years. Last year, electric vehicle deliveries in the United States doubled; how might this trend have affected Tesla’s first earnings of 2022?

Earlier this month, Tesla released its vehicle delivery figures to the public, showing 68% year-over-year growth of this key number to a record of over 310,000. However, record inflation in America, as well as continuing supply chain issues, may have been the factors that kept deliveries below previous expectations of 317,000 for the first three months of the year.

With Chinese authorities having extended the lockdown of eastern megalopolis Shanghai due to rising coronavirus infections, Tesla’s Gigafactory based in that was put out of commission for several weeks. A shortage of semiconductor chips necessary for the firm’s EV manufacture also added to Tesla’s troubles in Q1.

However, despite production hiccups in China, brand-new facilities in Berlin and Austin, Texas began operations in the past month. While the Austin factory opened too late to be reflected in Q1 results, Tesla’s Berlin plant opened on March 22nd to great fanfare. With these new manufacturing centers up and running, expectations are for Tesla to double its vehicle output by the end of this year.

With demand for Tesla cars consistently rising faster than production capacity, market expectations are for the firm to post earnings per share of $2.27 on Wednesday. Revenue is predicted to have grown by nearly two-thirds to $17.85 billion over the first quarter of this year.

These two U.S. firms have been capturing headlines throughout the course of the past two years as they dealt with the ups and downs of the pandemic-era economy. After this week, investors and traders alike may get a better handle on how Netflix and Tesla have responded to business challenges in the new year.