Recent weeks have seen several ups and downs on the stock markets as investors respond to the continuing crisis in Ukraine as well as the Federal Reserve’s move toward tightening monetary policy. With several firms set to release quarterly earnings reports in the coming days, traders may be wondering how the past quarter’s ups and downs will influence the shifting economic landscape. 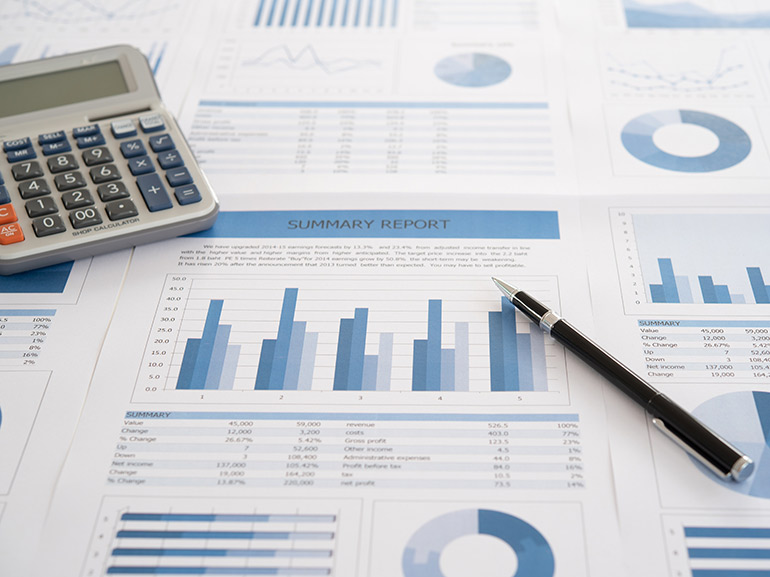 Today, following market close, multinational sports apparel corporation Nike (NKE) is expected to release the results for its third fiscal quarter. This firm has been in the headlines recently for joining the wave of divestment from the Russian Federation and ending sales in the country. However, this is not the only factor that could have influenced how Nike’s bottom line fared in its most recent fiscal quarter.

Several analysts have pointed out a few major challenges that could have been responsible for Nike’s nearly 8.5% drop in share value over the past year, an even sharper decline than that observed for the S&P 500 (USA 500) as a whole.

Nike sales in China are expected to have recovered to above $2 billion for the quarter ending in February, but some are speculating that the renewed surge in COVID-19 infections which led the Communist Party to impose a lockdown on the southern metropolis Shenzhen could bring this figure back down going forward.

Despite the challenges impacting Nike’s ability to efficiently satisfy global demand for its product line, the corporation is expected to announce that quarterly sales amounted to around $10.6 billion, representing year-over-year growth of three percent. Earnings per share (EPS) is estimated by analysts to come in at 72 cents, a 20% decline from last year’s figure. According to many market experts, supply chain travails could be a central concern for Nike executives; however, at the firm’s most recent earnings call in December, CFO Matthew Friend reaffirmed that these issues are expected to be resolved by the end of this fiscal year.

NIO Set to Hit the Gas?

After market close Thursday, Chinese electric vehicle industry leader NIO (NIO) is expected to release its Q4 2021 results. The firm has lost half of its share value over the past year to date; investors may be awaiting Thursday’s earnings release to see whether NIO’s uptrend in recent days can be backed up.

NIO’s EV deliveries for 2021’s fourth quarter reached a record high for the company of over 25,000. The firm delivered more than twice as many cars to customers in 2021 as it did in 2020. However, despite NIO’s more than 40% rise in deliveries for the most recent quarter compared to Q4 2020, analysts estimate that the company’s revenue declined slightly to $1.53 billion. Losses per share are expected to come in at 14 cents, an improvement of nearly 87% from Q4 2020’s equivalent figure.

Despite these slightly underwhelming revenue figures, some market experts see encouraging signs for NIO’s growth prospects on the horizon. The firm continues to design and manufacture new vehicle models and is expected to launch three new proprietary vehicles over the course of the coming year. NIO will also expand beyond its home base and begin more aggressive sales campaigns in northern Europe by the end of the year. With the probable easing of semiconductor chip shortages also expected in 2022, many analysts expect NIO’s finances to move into the black over the near-term, with a corresponding rise in share value.

American software giant Adobe (ADBE) is set to release its Q1 2022 results on Tuesday following the conclusion of the trading day. The firm’s share price has declined by 34% since its high of $691 on November 19th of last year, but there are some encouraging signs that Adobe’s recent uptrend will continue over the near-term.

Many analysts are projecting that Adobe’s quarterly revenue will come in at over $4.2 billion, an 8% jump from last year’s first-quarter results. Accordingly, investors may be able to expect EPS of $3.34, representing year-over-year growth of 6.4%.

Tech stocks have been undergoing a correction period in recent months as part of the general risk-averse market mood, and Adobe has been no exception. However, a few vital sectors of the company’s activity may have helped compensate for these headwinds. Consumer demand for Adobe’s proprietary Lightroom and Photoshop applications, as well as the spreading adoption of Acrobat software, may have led to strong sales growth for the firm over the course of the quarter. As more and more companies seek to digitise their data, Adobe stands to benefit from the trend. While the stock markets as a whole have been relatively volatile recently, Adobe’s strong market fundamentals may keep the firm heading upwards over the course of the coming trading sessions.

From the seemingly never-ending coronavirus pandemic to the geopolitical instability emanating from Eastern Europe, traders may be looking to see how this week’s earnings releases influence different economic sectors in the current environment. Following the release of Nike’s, NIO’s, and Adobe’s quarterly results, among many others, recent market trends may become clearer to investors and market watchers alike.