The world's largest subscription streaming service of its kind welcomed an increase in both profit and subscriber growth for the third quarter 2021 which was released two days ago. However, investors were not impressed and increased the supply of Netflix’s stock, pushing the price down. 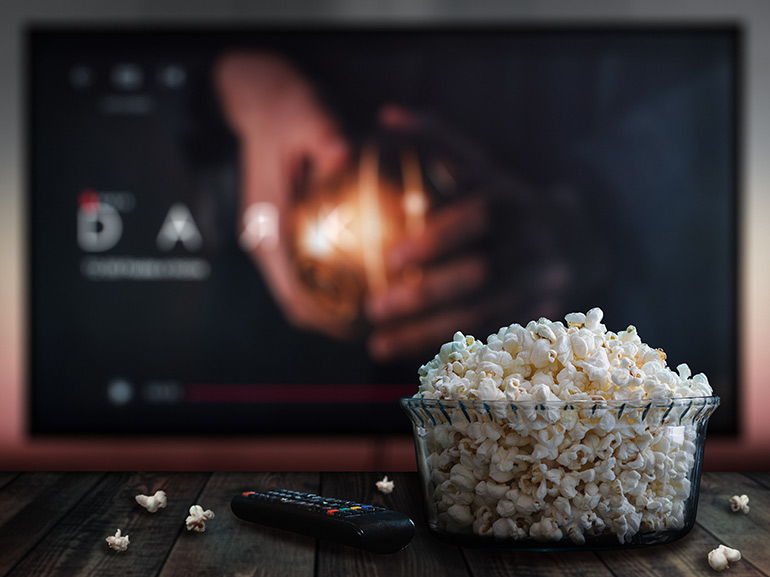 Netflix (NFLX) stock dropped as much as 3.5% during the session yesterday and settled 2.15% lower than the open price. This happened even though the streaming video’s mammoth corporate results showed that the company managed to increase more subscribers than analysts expected for Q3 2021. Netflix added 4.4 million new subscribers, boosting its global total to 213.6 million. According to FactSet, a U.S. financial data and software firm based in Norwalk, Connecticut, the increase was 900,000 more new customers than the company's forecast and well above the average analyst forecast of 3.78 million.

Netflix reported the third-quarter results on Tuesday after the closing bell with a revenue of $7.48 billion, a 16.3% growth from the same quarter last year and met the company's guidance. However, the firm posted $3.18 profits per share,  handily beating the $2.56 earnings per share (EPS) analysts predicted. While the operating margin rose by 23.5% from last year's corresponding quarter, they were lower than the preceding quarter's 25.2% operating margin. The company reported a $106 million negative cash flow for the third quarter.

Free Cash flow, or FCF, is a corporation's money after reducing cash outflows to pay for operations and look after its capital assets. As opposed to earnings, or net income, as examples, free cash flow is a gauge of profitability that does not count the non-cash expenses of the income statement but does consider the spending on equipment and assets. FCF also calculates adjustments in working capital from the balance sheet.

Netflix provided guidance, in which it forecasts for the fourth quarter ending in December, a revenue build-up of $7.7 billion, and a 16.1% increase with a $0.80 earnings per share. The company warned, however, that its operating margin will likely contract to 6.5% due to the company upping its spending on original content and new programming.

The online media leader expected to break even its cash flow annually, then showed a brighter light at the end of the tunnel. Netflix sees itself operating on a positive cash flow from 2022 and onwards. Moreover, the executive management asserts it will enjoy at least a 20% operating margin on a full-year basis in the next year.

Despite the warning of negative cash flow, the company wrote to shareholders: "We're very excited to finish the year with what we expect to be our strongest Q4 content expense and lower operating margins sequentially”. For its part, the firm bought back 200,000 shares for roughly $100 million for the third quarter, arguably demonstrating confidence in its company value. Still, the pace of the buyback slowed down by its recent M&A operations.

Where to From Here?

So, will Netflix stock rise from here after the company beat Q3 earnings expectations and provided weak guidance for Q4? In addition, the company expects a positive cash flow from next year and beyond.

Deutsche Bank (DBK.DE) does not appear to be optimistic that the stock will rise. The world's eighth-largest investment bank, as of August 2021, downgraded Netflix. DBK does not believe the stock's valuation justifies the company's slowing revenue growth rate.

In contrast, Conversely, Jim Cramer, the CNBC Mad Money host, urges his followers to buy the stock after the post-earnings slide. Cramer said on Wednesday that this fall creates an attractive buying opportunity.

What could be driving the opposing views between Deutsche and Cramer? Perhaps, they're focused on different time frames. Maybe, Cramer is addressing a longer-term position than Deutsche Bank is referring to.

CNBC’s Jim Cramer expressly referred to the long-term. The German lender discussed a 12-month price target of $590, 7% below Tuesday's close. If the distinction between the two forecasts is indeed the difference in the duration of the position, perhaps there is no argument between them.