This week, tech giant NVIDIA revealed several significant shifts in its business strategy. Amid an overall uncertain market atmosphere currently prevailing on trading floors from New York to Hong Kong, NVIDIA’s shift in direction toward software used in AI and metaverse technology from gaming could have an outsize influence on the semiconductor chip industry as a whole. 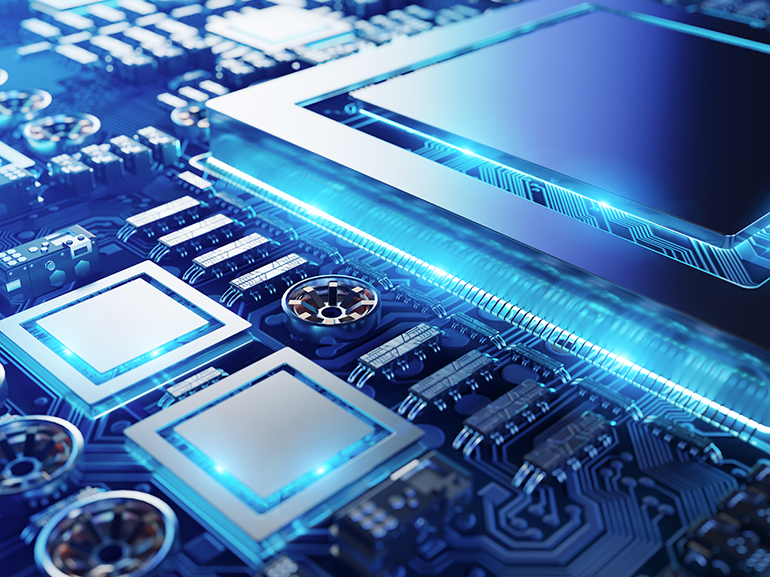 From Strength to Strength

NVIDIA has been named by a plethora of analysts as one of the COVID-era economy’s big winners, as demand for its graphics systems skyrocketed when stay-at-home orders pushed people across the world to turn their homes into hybrid offices and entertainment centers. Since the beginning of March 2020, NVIDIA stock has jumped by over 270% in value.

With the company having invested nearly $30 billion into technological research and development over the past 20 years, NVIDIA was well-poised to take off and was 2021’s best-performing mega-cap stock. Furthermore, NVIDIA leapfrogged Meta (FB) to become the United States’ seventh-largest company by market capitalisation in early February of 2022.

With the still-nascent metaverse sphere continuing to expand, NVIDIA’s semiconductor chips may very well be on the way to find even more diverse uses than before, providing a new revenue stream of licensing fees for the tech giant.

However, all has not been rosy for this chip industry leader, the stock of which has been on a downward trend so far this year. NVIDIA’s plan to acquire Arm, a United Kingdom-based chip designer, fell through last month. The $40 billion acquisition deal, by which NVIDIA, was set to purchase Arm from Softbank (9984.TY) was torpedoed by British and American regulators due to concerns that NVIDIA would gain an unfair advantage over industry competitors like Intel and AMD (AMD). During the firm’s first public event since the deal fell through, a shift toward software from gaming became clear.

This past Tuesday, NVIDIA executives detailed the firm’s new growth targets in an investor-day presentation. According to the information presented to this audience, NVIDIA foresees near-term opportunities that could amount to $1 trillion for the company.

NVIDIA’s top decision-makers seem to have set their sights primarily on the software market, and the strategy revealed this week reflects that. The firm’s presentation put forth several eye-popping Total Addressable Market (TAM) figures. This data, which presents the total possible revenue to be gained in a certain sector were there to be no competitors, showed where NVIDIA sees its greatest opportunities.

The investor-day presentation showed TAM figures of $150 billion for Omniverse technologies, $150 billion for artificial intelligence, and up to $300 billion for the automobile industry. While NVIDIA has currently allocated approximately $200 million to these areas, clearly, the growth potential is significant. CEO Jensen Huang affirmed on Tuesday that the semiconductor chip industry leader will devote significant focus to technologies utilised in cutting-edge robot and AI technologies.

NVIDIA’s collaboration with two other firms may also be a source of trader interest. Over the course of a press question-and-answer session on Wednesday, Huang spoke of a partnership that could come as a surprise to industry watchers.

According to NVIDIA’s CEO, the firm could move to produce some of its proprietary chips at a foundry owned and operated by industry rival Intel (INTC). The latter has pioneered a new initiative as an integral part of its business strategy whereby it participates in the chip manufacturing process of other firms in the industry; furthermore, according to Huang, Intel is already deeply familiar with NVIDIA’s technology.

Another announcement on Tuesday may also be encouraging to those bullish about NVIDIA’s (NVDA) potential. Luxury vehicle firm Lucid Motors (LCID) will be using NVIDIA semiconductor chips in its electric cars from now on. The Drive Hyperion platform, developed by NVIDIA, will enable a range of new driving features, such as driver assistance, automated parking and driving, and others.

All in all, it is clear that NVIDIA’s top executives are not content to rest on their laurels following the firm’s meteoric rise during the course of the COVID-19 pandemic. While yesterday, NVIDIA shares showed a drop of 3.4%, many analysts are remaining optimistic about the company’s near-term trajectory. Time will tell whether this prediction is fulfilled and whether the shifts in business strategy announced by NVIDIA on Tuesday will shake the semiconductor industry.