In the expanding Chinese electric vehicle sector, various firms struggling for market dominance may have investors on their toes as updated sales figures stand to be released. Despite the economic slowdown caused by COVID-19 lockdowns in some of China’s most populous manufacturing centers, analysts are predicting encouraging vehicle delivery data from firms like NIO (NIO) and Tesla. 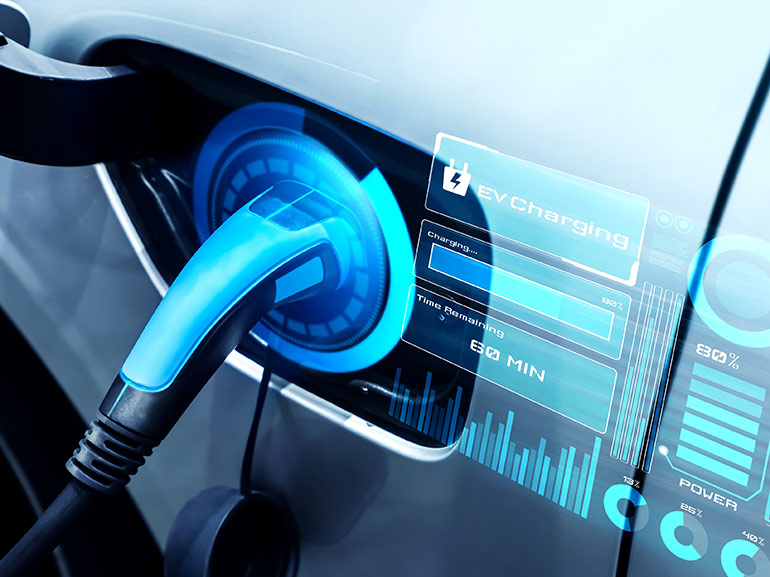 The electric vehicle market in China has been rapidly expanding in recent years as newly-affluent consumers seek private means of transportation that cause less pollution and shield them from volatile Oil (CL) prices. Already, China’s EV market is the largest in the world, even as the Chinese economy itself is second in size to the United States’.

However, despite high demand from Chinese citizens for plug-in cars, homegrown firms have struggled to increase their market share at the expense of foreign companies like Tesla (TSLA). While the United States has a longer history of automobile manufacturing which may cause it to seem logical that an American firm could have an advantage when it comes to market share, jitters regarding strict regulations from the Communist Party might also have put a damper on domestic companies’ growth prospects over the past couple years.

A stronger, more direct headwind in the face of EV firms operating in the Chinese market, both homegrown and foreign alike, has been the renewed spread of the coronavirus throughout the country this year. Business activity in the southern manufacturing centre of Shenzhen, as well as coastal business capital Shanghai, was severely disrupted for several weeks this year as national authorities instituted stringent lockdown measures to prevent the spread of COVID-19.

Sales Figures Get a Shot in the Arm

On the face of it, it may have been expected that electric vehicle manufacturers in Asia’s largest economy could see a steep drop off in orders, as not only was production disrupted by the coronavirus but millions of citizens were confined to their homes by strict quarantine orders.

However, this has not been the case, according to the latest figures released by some of China’s premiere EV firms. XPeng (XPEV), Li Auto (LI), and NIO all reported jumps in deliveries in May despite the lockdowns.

According to executives at NIO, deliveries in May reached 7,000 vehicles, representing a year-over-year increase of nearly 5%. However, rival Xpeng readily outpaced these figures, delivering more than 10,000 electric cars to consumers last month, a nearly 80% bump from the year-ago numbers. A third player in the Chinese EV sector, Li Auto, brought 11,500 vehicles to market in May, an annual increase of 160% since the same month in 2021.

Some of the divergences in growth figures between these three firms could be attributed to their production locations, according to market experts. Xpeng’s operations are headquartered in the southern city of Guangzhou, which suffered relatively fewer COVID-related disruptions this year, while NIO, based in the city of Hefei in Anhui province, is still struggling to return to full production capacity in the wake of coronavirus quarantines.

This morning, NIO is expected to release its Q1 2022 earnings figures to the general public. The analyst consensus is that this Chinese industry leader will report strong growth for the latest quarter. Additionally, Tesla’s China sales figures could be revealed in the coming days as well.

Despite the aforementioned challenges posed by the coronavirus, which led to a near-halving of vehicle deliveries for NIO in April, overall year-over-year delivery growth topped 28% for the firm in the first quarter of this year. Despite this growth in sales, it is estimated that losses per share for NIO will come in at 14 cents, a dime more than that seen from Q1 2021.

Looking forward, despite the continuing challenge of recovering production capacity, NIO executives see their main obstacle as grappling with continuing supply chain issues. The firm is reportedly working with partners at various stages of the production process in order to hit its delivery target of 24,000 vehicles in Q2.

NIO’s key rival in the Chinese EV market, Tesla, was greatly affected by the lockdown in Shanghai this spring which put its production facility in the city out of commission for weeks. In April, only 1,512 cars produced at Tesla’s Chinese factory made their way to customers, a figure that starkly differs from the facility’s normal production capacity of 60,000 cars a month. Market watchers posit that May’s sales figures will likely show an improvement, it’s probable that they will still fall below delivery data seen in the pre-lockdown era.

Despite these issues, traders seem to have been responding with increased optimism to the shares of these two companies in recent trading sessions. Yesterday, Tesla shares rose by 1.2%, while investors pushed NIO up by 3.7% by the ringing of the closing bell.

Clearly, while the EV sector in China has shown impressive growth in recent times, the recovery from this spring’s COVID-19 outbreaks as well as supply chain constraints still pose significant challenges. Time will tell which of these firms will be poised to take full advantage of the growing demand for electric cars in the world’s most populous nation.