Some U.S. indices hit new highs as Biden was inaugurated yesterday, while the U.S dollar dipped amid optimism towards new presidential policies. 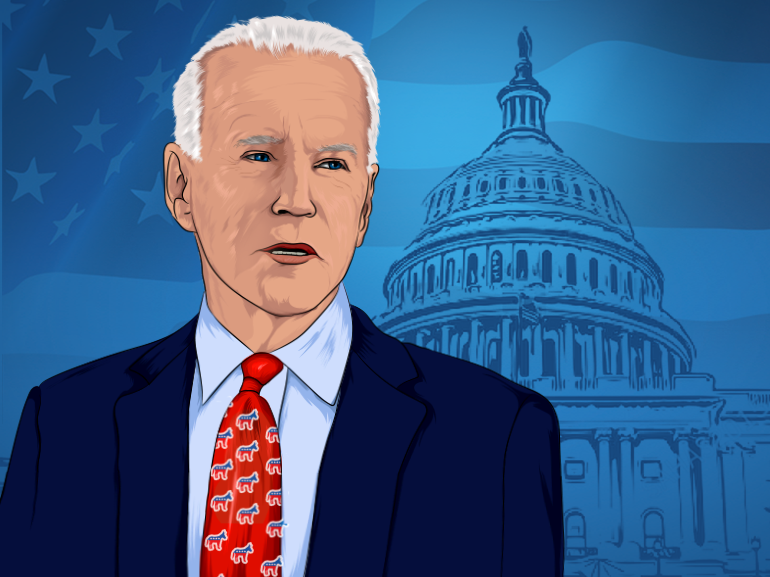 Following a contentious election season, the Biden administration took office in Washington, D.C. on Wednesday. Wall Street welcomed the shift in power in the White House, which brought the highest rise in Inauguration Day markets since the Reagan era.

Biden’s address from the podium did not shy away from mentioning the significant challenges facing the new presidency. The turmoil of recent months in the United States has included racial conflict, political violence, and even an invasion of the Capitol building.

President Biden campaigned on a message of reconciliation; now in office, he will try to bring this vision to fruition. As the Democratic Party is in control of the legislative branch, there will be fewer obstructions to Biden’s new economic agenda. One of the greatest obstacles facing the American economy going into 2021 is the damage caused by the coronavirus.

Despite the economic headwinds produced by the COVID-19 pandemic, stock markets rallied yesterday.

The U.S. dollar fell yesterday amid Biden’s inauguration while some U.S. indices welcomed the presidential transition. This brought traders’ attention to a potential forthcoming stimulus package, proposed by Biden in order to spur economic recovery.

The U.S. dollar dipped to its lowest level in almost three years against the Canadian dollar (USD/CAD) at C$1.2607 at the end of yesterday's trading. The British pound also dropped slightly yesterday after hitting a nearly three-year peak against the American dollar (GBP/USD), coming to a rest at $1.3643.

Pending further developments in Washington and in financial markets across the globe, it remains to be seen whether these American indices and the U.S. dollar will continue on this path or shift again.