2022 so far has been somewhat less than rosy for key U.S. Indices in the estimation of many. Amid geopolitical instability and the lingering aftereffects of COVID-19 lockdowns, major New York markets struggled to make sustained gains, and the S&P 500 had its worst first four months of the year since the Great Depression. However, the tides may have shifted slightly yesterday, as Wall Street traders pushed three important Indices to overall gains for the trading day. 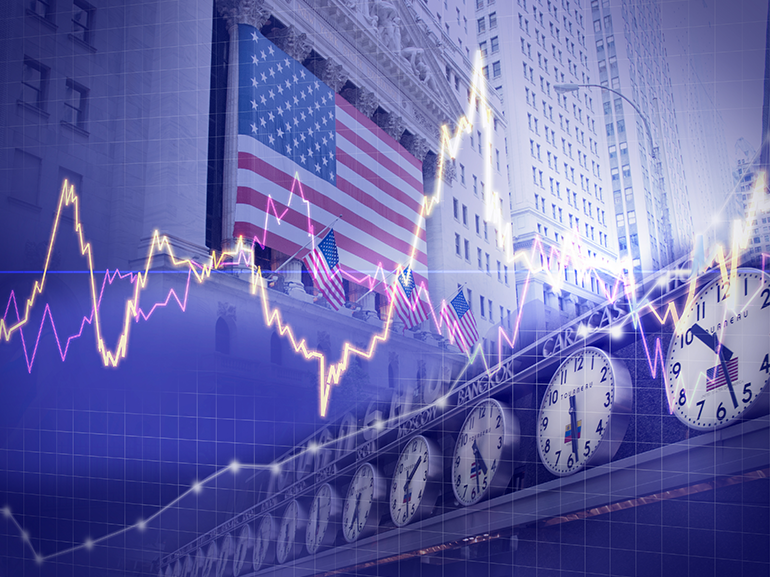 The ever-changing fortunes of the American stock market have been capturing headlines across the world lately. As the old adage goes, ‘when America sneezes, the world gets a cold,’ so it may come as no surprise that the prospect of continuing stock declines in New York City could have investors from London to Tokyo on their toes.

A general market mood of uncertainty has prevailed on Wall Street for much of this year so far. The continuing military conflict in Ukraine has stoked fears regarding potential disruptions to ever-important petroleum supply lines and kept Oil (CL) prices on a rollercoaster ride.

Inflation in the United States has consistently broken records, and at last measurement, reached 8.3%, marking the most rapid price increases observed in America since the first Reagan administration in the early 1980s. Although anomalously steep Oil and Natural Gas (NG) costs have been seen as responsible for much of this growing pressure on the American consumer’s pocket, kinks in global supply chains have also played a part. Major urban and manufacturing centres across China, the world’s second-largest economy, were locked down for much of this spring in response to a spike in coronavirus infections, further exacerbating this extant issue.

In response to these much-bemoaned inflation rates, the Federal Open Market Committee, headed by Federal Reserve Chairman Jerome Powell, has shifted away from the loose policy of low interest rates used to support the economy during the height of the pandemic. Powell has repeatedly made it clear to the public that the United States’ central bank’s first priority at the moment is to rein in inflation. However, the path of rapid interest rate hikes on which the Fed has embarked has some analysts positing that a recession could be in store.

With uncertainty gripping the minds of traders, technology and growth stocks have been struggling so far in 2022. These asset classes, which tend to suffer lower growth rates in times of interest rate increases, have repeatedly disappointed investors over the course of the most recent earnings season. Apple (AAPL), Amazon (AMZN), and Netflix (NFLX) were some of the biggest names to see stock sell offs so far this spring.

However, concern regarding the near-term trajectory of the American economy is not limited to Big Tech. The Federal Reserve’s Gross Domestic Product (GDP) tracker is already picking up a slowdown in U.S. economic activity; current forecasts are that Q2 will show a growth rate of under 1%, leaving disturbingly little wiggle room before a recession could be declared.

Despite the overall atmosphere of concern, all was not doom and gloom on the trading floors of Wall Street yesterday. The Nasdaq (US-TECH 100) closed up 0.9%, while the S&P 500 (USA 500) and Dow Jones Industrial Index (USA 30) showed nearly 1% and 0.8% gains, respectively, by the closing bell. These three major Indices actually showed jumps by the ring of the closing bell, recovering from one major retailer’s earnings guidance.

Target (TGT), one of the United States’ premiere big box retailers, announced yesterday that it was prepared to absorb a drop in profits by instituting large discounts across a variety of inventory categories. This is reportedly in order to clear excess inventory in preparation for the rapidly-approaching back-to-school season in the late summer. The firm’s shares fell 2.3% in response to the news.

Despite a retreat early in trading, not just on the part of Target shareholders but also those invested in industry peer Walmart (WMT), Wall Street showed a strong rally by the end of the day.

Regardless of this negative outlook for major retailers, according to some analysts, consumer spending could still be strong over the near-term, representing a shift in how Americans spend rather than a cutting down of expenses.

However, the horizon is not yet clear for U.S. Indices. Time will tell whether a broader, sustained rally will emanate out from Wall Street, or a ‘hard landing’ into a recessionary period due to monetary tightening by the Fed.