Tomorrow, the minutes from the Federal Open Market Committee’s (FOMC) latest two-day summit could shed some light on the considerations that influenced the U.S. central bank’s latest round of interest rate hikes. With inflation and monetary tightening continuing to occupy a central place in the public discourse, the revelation of what exactly was discussed on the 26th and 27th of July could provide crucial information to market watchers and traders alike. 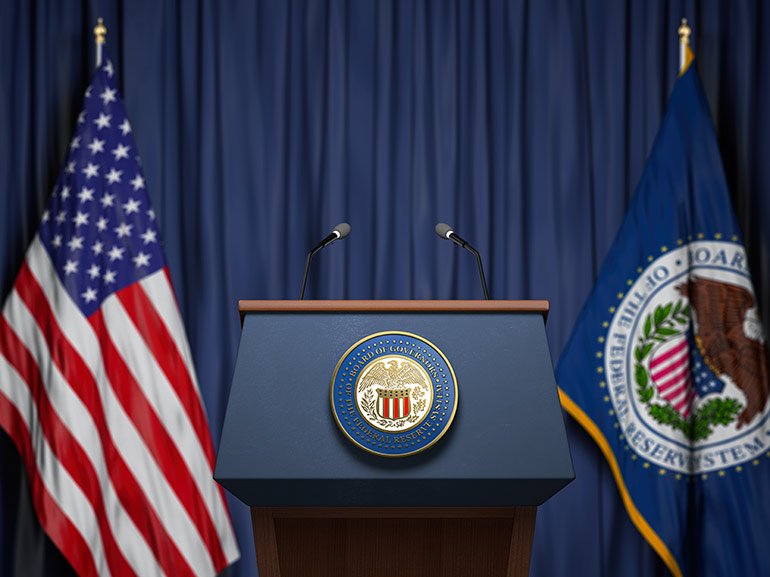 Fed’s Internal Debate to Be Revealed

Last month’s meeting concluded with a press conference during which Federal Reserve Chairman Jerome Powell announced yet another interest rate hike. For the second time in a row, the Federal Open Market Committee (FOMC) moved to raise this key financial factor by 0.75%, or 75 basis points, marking officially the swiftest course of interest rate hikes in the United States since the stagflation era of the early 1980’s. (Source:Bloomberg)

While the Fed in recent months has progressively abandoned the ‘easy money’, low-interest rate policies adopted during the height of the COVID-19 pandemic, consumer price increases in the country have not yet neared the ‘ideal’ annualised rate of about 2%. While the latest Consumer Price Index (CPI) data revealed that inflation slowed slightly to 8.5% in July, the pressure on the average American consumer’s pocketbook has yet to ease.

Accordingly, it may have come as no great surprise to many that the Federal Open Market Committee decided to stay the course of large interest rate hikes last month. However, what could prove to be of keen interest to investors is how the FOMC’s members see the future trajectory of central bank policy.

Tomorrow’s minutes release might reveal what economic indicators could push the United States’ top monetary policymakers toward another 75 basis point raise, or, alternatively, moderate interest rate hikes downward to 50 basis points (0.5%). July’s slight inflation slowdown from June’s annualised rate of 9.1% may tilt the decision calculus toward the latter, but many analysts opine that another report of high employment rates could keep the Fed on track to force the markets into a cooldown via a higher federal funds rate.

How Will Markets React After the Release?

With volatility having been one of the defining factors of 2022’s trading trends so far, a bit more clarity regarding the Federal Open Market Committee’s potential next moves could influence trading this week. If tomorrow’s minutes release shows that a 7.5% interest rate hike is in the cards following the Fed’s next post-summit press conference on September 21st, major Indices could react strongly. (Source:FederalReserve.gov)

Research data has shown that asset prices in the United States tend to show volatility immediately following the release of the Fed’s meeting minutes. Accordingly, while major Indices like the S&P 500 (USA 500), Nasdaq (US-TECH 100), and Dow Jones Industrial Index (USA 30) could take a hit if tech and growth stocks suffer from the markets pricing in a further steep interest rate hike. However, given the rapid rises and falls observed across global markets in recent times, concrete predictions are difficult to make at the moment. Market watchers will have to wait for tomorrow’s release to assess the full impact of the Fed’s minutes release on the stock market.