The cost of commonly-used goods is about to rise further. Companies that manufacture consumer products warned they would raise prices as they deal with a supply quagmire. One of the firms picking up costs is food conglomerate Unilever (ULVR_L). The company famous for consumer goods like Dove soap and Magnum ice cream bars boosted prices by an average of more than 4% over the last quarter. That steep rise renders it the sharpest hike since 2012. Such a robust increase suggests higher prices are likely to continue into next year.

Alan Jope, Unilever CEO, said in a Bloomberg TV interview that the current inflationary pressures are the strongest in decades. Jope expects this environment to last at least another twelve months.

Other consumer companies following Unilever in raising prices to offset the higher costs of production and shipping include Nestle (NESN.VX), P&G (PG), and Danone (BN.PA). These companies produce many of the products that are sold by supermarkets and make it to kitchen cupboards.

However, not only supermarket goods have been affected. For example, plants in Vietnam that produce Nike (NKE) shoes cut production as workers returned to their homes during October amid the outbreak. 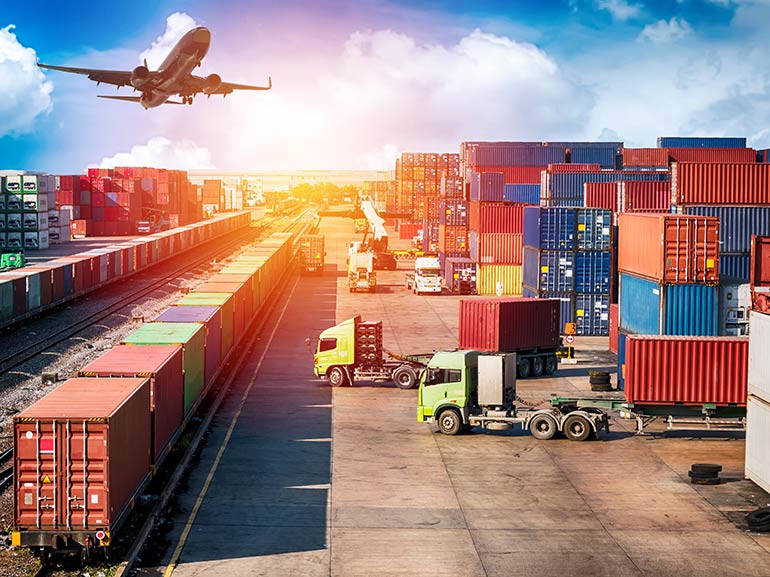 Is Inflation Temporary Or A Long-Lasting Problem?

What is going on? What has been causing this disruption in supply that has lead American policymakers to shift their positions? Both Fed Chair Jerome Powell and Treasury Secretary Janet Yellen were not worried about inflation, repeatedly claiming that it was just “transient.”. The Federal Reserve has been making that claim, again and again, all year.

Nevertheless, Fed boss Jerome Powell announced a significant policy shift on August 27, 2020. The American central bank will allow inflation - the price of prices - to rise higher than its regular 2% goal. The Federal Reserve will change the target criterion from an absolute number to an average number. That means the bank will allow inflation to run above its 2% target “for some time.” The Fed made this substantial policy change to allow the labour market and broader economy to keep expanding before it steps in with interest rate hikes, which will slow down growth.

This new approach to inflation came on the heels of higher gas and food prices that triggered the first increase in American consumer inflation in 4 months in July 2020. Two weeks before the monetary policy shift announcement, U.S. consumer prices pushed higher. The Core Price Index (CPI), excluding volatile food and energy prices, climbed 0.6%, the most considerable rise since January 1991.

Treasury Secretary Janet Yellen also didn’t consider inflation a problem in May, soothing the public that interest rate hikes are not yet needed. Again, in June, she said inflation was “transient.” However, by October 5, the Treasury Secretary seemed to have changed her message, cautioning that inflation may stick around for several more months, after already saying it was only temporary. Moreover, later in the month, by October 24, Yellen had pushed that forecast forward to the second half of the following year.

Meanwhile, it appears that central banks are retreating from downplaying inflation. Powell finally admitted to being “frustrated” by inflation on September 29. By October 22, Powell clarified that the Fed would begin tapering its bond-buying program.

Why Is Inflation Rising Sharply And Consistently?

After the world came to a standstill amid coronavirus social restrictions, the vaccination rollout helped the economy to recover. However, the pandemic still left its mark on global commerce. The constraints created the worst supply disruption since World War 2. Even when supply chains started moving again, they faced a bottleneck. Stopping all the supply lines set up a chain reaction in which goods are unable to move.

Manufacturers are experiencing chaos. They cannot supply or even manufacture goods because of a shortage of workers, key components, and raw materials. Moody’s Analytics warns that the supply chain problems “will get worse before they get better.”

Will Unilever’s sharp price increases hurt its sales? It’s unclear. However, one thing is for sure, while people cut back on buying luxury items when inflation rises, the Consumer Staples sector tends to overperform during times of higher inflation. People still need to eat and buy other necessary goods, even if prices become steeper.

However, there are no certainties when it comes to the market. The supply chain blockages might ease, and with them, inflation. Also, even if Unilever or other consumer goods companies benefit from higher inflation, it isn’t clear if and when their stocks will rise.