Samsung released its Q1 2021 earnings guidance on Wednesday, and reported a likely profit increase of 44% over the same quarter last year. Quarterly sales also rose 17.5%, primarily from smartphones and home appliances. Still, Samsung’s stock price was trading down by nearly 0.5% on Wednesday morning. 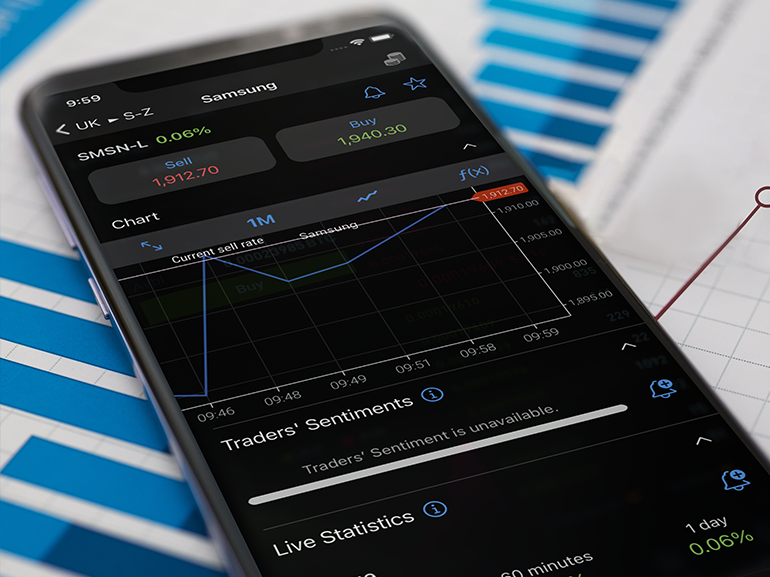 Samsung (SMSN-L) noted that its operating profit for the quarter reached $8.3 billion, while its sales figures stood at $58 billion. Much of this growth was led by the company’s mobile division. Sales were particularly strong for the Samsung Galaxy 21 series of smartphones, which came out in January. This may have been affected by the line’s release date, which was moved up a month when compared to previous launches. Galaxy sales have helped Samsung keep the number two spot in the global smartphone market, with a 15% share, right after Apple (AAPL) who is the world’s premier smartphone seller, with 19% of the global market.

The company also saw significant growth from its consumer electronics division, which markets televisions and home appliances. Demand for these goods, along with high-margin wearables such as Galaxy Buds, rose, possibly because more consumers stayed home due to pandemic-related lockdowns.

One Samsung division that did not fare as well in Q1 was the semiconductor line. Samsung, the world’s largest memory chip maker, was forced to suspend operations at the production foundry in Texas where it manufactures chips for other companies, after a serious winter storm hit the area.

The plant, which supplies 5% of the world’s memory chips, lay idle for more than a month during a period where semiconductors were already in short supply. These ongoing delivery issues have already resulted in Samsung being called to a meeting with President Biden on Monday regarding America’s microchip supply chain. Currently, Samsung is the only non-U.S. manufacturer which has been invited to attend the meeting, possibly because its major offshore competitor, Taiwan Semiconductor Manufacturing Company (TSM), has already agreed to expand facilities in the United States.

While Samsung’s Q1 2021 earnings guidance paints a rosy picture, traders will need to wait for the company’s earnings release later this month to get the full scope of its performance.