As the conflict in Ukraine reaches further into its second week of hostilities, the stock markets on Wall Street are still being buffeted by winds of uncertainty blowing from the east. On Monday, major New York Indices traded down, while the VIX Volatility Index reached heights unseen in the last year. 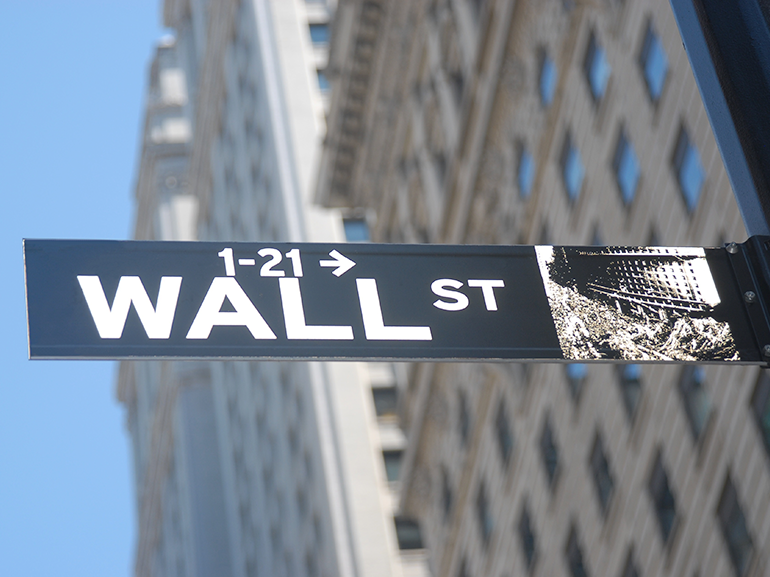 On Tuesday morning, a resolution to the crisis in Ukraine and Russia’s military engagement in the country had yet to be seen on the horizon. Although various world leaders remain staunch in their efforts to bring an end to the tensions between the two post-Soviet states, it remains to be seen how a compromise can be reached.

In the meantime, sanctions imposed by democratic powers from the United States to the European Union to Japan have increased pressure on the Russian economy. As an increasing number of firms from Visa (V) to BP (BP-L) halt engagement with Russian industry, some analysts are raising the prospect of a blanket ban on exports of Oil westward from the Russian Federation.

In response to the rapidly-materialising possibility of a supply shock to the fossil fuel market, the price of Oil and international benchmark Brent Oil (EB) have been on a sharp uptrend this week. As of Tuesday morning, the former is up 1.1% to nearly $122 a barrel, and the latter by 1.4% to over $126. In an environment of high inflation in the United States, a risk-averse mood may be taking hold on Wall Street in response to the highest petroleum prices seen since 2008.

When analysing historical data, the conclusion that sky-high Oil (CL) prices exert downward pressure on equity growth may be drawn. Accordingly, some market watchers are already lowering their expectations for Wall Street trading trends as we move further into 2022.

On Monday, the United States’ premier indices were down. The S&P 500 lost nearly 3%, while the tech-heavy Nasdaq (US-TECH 100) fell by 3.6%. The Dow Jones Industrial Average (USA 30), furthermore, moved into correction territory for the first time since 2020 with a drop of over 2.3%.

While some experts expect that the effects of the current geopolitical instability will be temporary in nature, as American stocks have generally proven resilient in the face of unrest in other parts of the globe in the past, others point to the 1973 Oil Crisis as a useful precedent for analysing today’s trends. In the wake of an embargo on petroleum exports instituted by Arab nations following the Yom Kippur War, the S&P 500 (USA 500) lost over one-seventh of its value. Even after the export ban was formally lifted, its economic effects on Wall Street lingered.

Whether the aforementioned phenomenon experienced two generations ago will be repeated in the coming weeks remains to be seen; however, some measures of market volatility are already on the upswing.

The VIX Volatility Index (VIX), which is used to estimate expectations of stock market volatility, has been on an upward trajectory this week. As of the time of writing, this index, commonly referred to as the ‘fear gauge’ due to its reputation for reflecting bearish turns in market mood, has jumped over 10% since trading closed in New York last Friday.

On Tuesday morning, the VIX reached over 36, a figure that hadn’t been seen by market analysts since late January of 2021. It may seem to the savvy market watcher that the atmosphere on Wall Street is decidedly bearish. This general mood may be related not only to the crisis in Eastern Europe but also to the possibility that the Federal Reserve may move to hike U.S. interest rates by 25 basis points in March. Such fiscal tightening could have a deleterious effect on stock markets. However, some posit that the VIX will return downwards before reaching a reading of 50 which would indicate a general market crash.

In the meantime, much surrounding the direction in which markets will head in the coming days and weeks depends on the facts on the ground in Ukraine, as well as the decisions made by policymakers in Western capitals. Whether analysts’ gloomiest predictions for near-term trading will be realised or not is still opaque.