Both Walmart and Home Depot managed to beat earnings expectations by a significant margin per their Q1 earnings reports which were released yesterday before the market opened. The companies may be experiencing growth as U.S. consumers might have flocked to retail stores to spend a third round of stimulus funds which began arriving in March 2020. However, while each of the companies saw great success, the market had very different reactions to the two sets of Q1 earnings news. 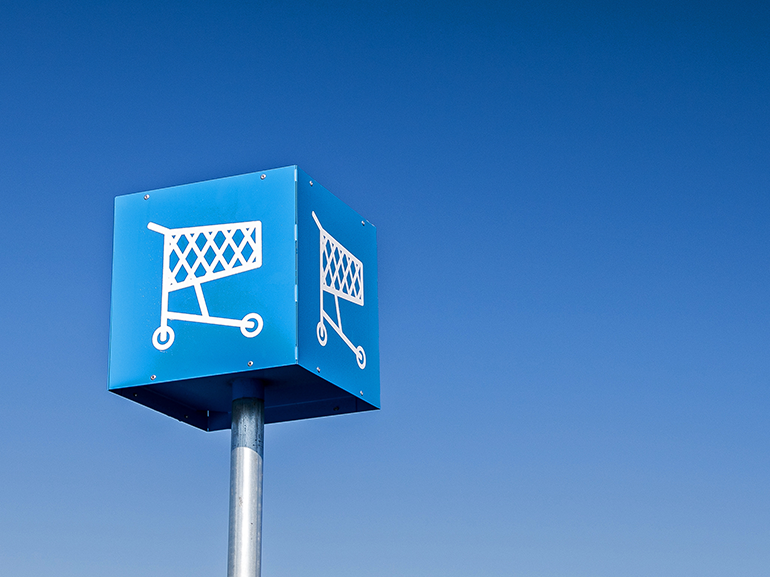 Walmart (WMT) earnings were notably higher than forecasted by Wall Street analysts. The company posted earnings per share of $1.69 compared to the predicted $1.22. Perhaps even more importantly, the retail giant managed to increase revenue by 2.7% year-over-year instead of the expected 2.3% decline. The company’s stock price rose by 2.2% yesterday.

Walmart saw major increases in two sectors which point towards continued future growth: comparable store sales and e-commerce. The company’s comparable store sales rose by 6% year-over-year, in comparison to the analyst estimates of 0.9% growth, with much of the additional revenue coming from the grocery department. With this large percentage of revenue coming from stores that have been in business for more than a year, this could mean that the retailer has not yet hit a saturation point.

Meanwhile, Walmart’s U.S. e-commerce sales rose by 37% last year, and sales over the past two years more than doubled, as consumers made more of their purchases from home during this period. However, the company disclosed that shopping patterns were beginning to change, and as an example, stated that more customers were purchasing items such as tooth whitener now that mask usage had declined. It could be a good sign for the company if e-commerce continues to be strong even as customers return to the stores for in-person purchases.

Home Depot May Have Benefited From U.S. Housing Shortage

Home Depot (HD) also saw its Q1 performance improve as its earnings per share climbed by 86% and sales rose by 33% year-over-year as it reported earnings before the market opened yesterday. The company also saw average spending per ticket rise by more than 10%. Despite these encouraging figures, Home Depot’s stock price dropped by more than 1% by the close of trading on Tuesday. This may be because some of the quarter’s growth was tied to the last round of economic relief passed by Congress, which is unlikely to be repeated.

Home Depot noted that although some of that increase in consumer spending may be due partly to higher material prices. For example, costs for some forms of lumber have quadrupled in the past year, although consumer demand has not reduced. This may be due to a shortage in new housing which could be leading homeowners to improve the value of their current properties instead of choosing to purchase new construction.

This quarter is the first in which the retailer can make year-over-year comparisons of store performance over the pandemic, and same-store sales swelled by 31%, with every department seeing an increase of at least 20%, except the paint category. During the pandemic, Home Depot was declared an essential retailer, which meant it could stay open while many of its competitors were forced to close for lockdowns.

The markets had a mixed reaction to the positive earnings reports from both Walmart and Home Depot. Will the companies’ shares stay on trend or will we see stock price surprises in the future?