Twelve leading football teams from throughout Europe announced their intention to form a new football association called the European Super League which is expected to rival the current UEFA Champions League. Following the announcement, questions started to loom regarding whether the new league is an effort to raise the standards of gameplay or if it is an attempt by the clubs to increase their revenue streams. Currently, as much as $6 billion may be invested in the new league by JPMorgan (JPM), which is expected to finance this new league over a period of 23 years. JPMorgan has a long-standing history of involvement with the sport, including serving as an advisor during the purchase of Manchester United by the Glazer family in 2003. The investment bank’s shares dropped by 0.4% yesterday. 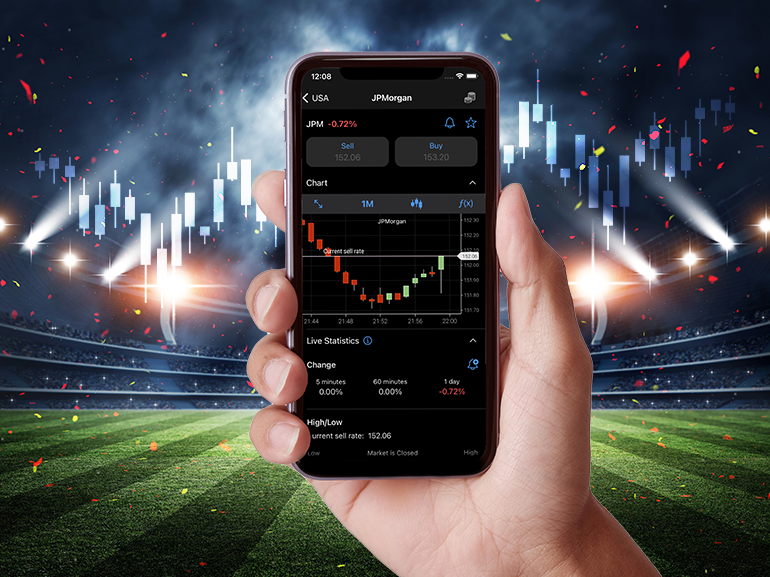 The current proposal for the European Super League’s format features twenty teams, including fifteen founders plus five additional teams who will need to qualify on a seasonal basis. The twelve teams that are currently signed up include Real Madrid, Barcelona and Atletico Madrid from Spain; Juventus, AC Milan, and Inter Milan from Italy; and the big six English clubs which are: Manchester United, Manchester City, Liverpool, Arsenal, Chelsea, and Tottenham Hotspur. According to the plan, each club will play midweek games against other teams in groups of ten, followed by a series of knockout matches, with the season running from August until May.

This new Super League might change everything we know about European football and could especially affect the UEFA Champions League, which is the most important European cup for clubs today. Under the current Champions League system, each of these teams could make around $60 million per year and up to $120 million if they win the cup. However, under the format of the new league, each team could make up to $350 million in TV rights alone every season. It remains to be seen whether these broadcast rights would affect revenues for Disney (DIS) and Amazon (AMZN), who are both reportedly in talks to air Super League games, or for ViacomCBS (VIAC), which is expected to distribute Champions League matches through 2024.

Is the Door Closed on Champions League Reforms?

The league announcement was released the day before UEFA approved proposed changes to the Champions League, including an increase in both the makeup of teams and the number of matches per season. It may be that the changes did not go far enough to resolve the budget woes of the biggest clubs.

As of now, U.K. Prime Minister Boris Johnson backs UEFA, the U.K. Premier League, FIFA, and the European Club Association (ECA), who have all called for an end to the breakaway competition. UEFA may be facing calls for refunds from broadcasters worried about the lack of star teams in upcoming Champions League games. In response to the ESL announcement, UEFA’s president, Aleksander Ceferin, has even confirmed that ESL players will be banned from World Cup and European Championship games. Meanwhile, UEFA is deciding what to do about ESL teams who have qualified for the upcoming Champions League and Europa League semi-finals games. UEFA and the ECA are also pursuing legal means of putting the new league on the sidelines permanently.

While the future of European football is still unclear, traders might want to keep watching to see whether related companies can hit new goals and if this new league becomes a reality.