As Wall Street is building up for this month’s earnings season, many traders’ eyes are drawn to some key Q4 earnings reports set to be released later this week. With U.S. megabanks, a Taiwanese semiconductor manufacturer, and Delta Airlines expected to announce their fourth-quarter results on Thursday and Friday, traders may be wondering who’s up and who’s down. 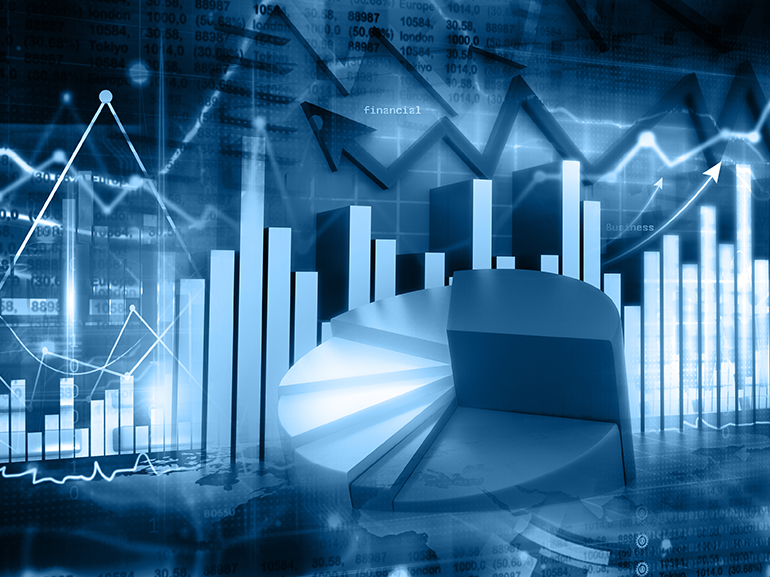 Hsinchu-based Taiwan Semiconductor Manufacturing Company, Ltd., (TSM) is planning on publishing its Q4 results this coming Thursday, January 13th, before the market opens. This Taiwanese firm holds a high position in the advanced semiconductor chip market, producing over nine-tenths of advanced chips, and holds a market share of 53% in the semiconductor chip arena overall.

With companies like Disney (DIS) and Meta (FB) setting up to make deeper forays into metaverse development, as well as the seemingly inexorable rise of the electric vehicle market, it may look like TSM is well-poised to take advantage of the demand for semiconductor chips. Now that Dutch industry rival ASML (ASML.AS) is still struggling to recover production capacity following a destructive fire at one of its manufacturing plants, the horizon seems rosy for TSMC.

Taiwan Semiconductor Manufacturing’s stock price has seen a 4% drop over the first trading week of 2022, but many market analysts are expecting impressive figures from Thursday’s earnings report. Nasdaq’s (NDAQ) estimate for the company’s Q4 earnings per share (EPS) is $1.14, an over 17% rise from Q4 2020. Some market watchers are estimating that TSM’s Q4 revenue could reach as high as $15.6 billion, a new record; the company itself estimates that revenues rose by over 21% over the fourth quarter. Traders will have to wait and see whether Thursday’s release will live up to this blockbuster prediction.

Is Delta Set For Flight?

The airline industry has been one of those most affected by the global pandemic, as entry restrictions periodically prevented would-be travelers from buying tickets. However, ahead of Thursday’s Q4 report, to be released before market open, things might seem to be looking up for Delta Air Lines (DAL).

The Atlanta-based airline recently revised its profit estimate from a net loss to over $200 million, before taxes are taken into account. This encouraging sign comes in the wake of jet fuel costing up to 14% less than previously estimated, as well as the coronavirus’ Omicron variant having a relatively minor effect on holiday travel. Flight cancellations were mainly concentrated around the second-to-last week of December, with overall numbers of passengers for the final quarter of 2021 being higher than in Q4 2020.

Analysts are currently estimating that both revenue and EPS may show triple-digit rises compared to last year’s Q4, at $9.2 billion and 11 cents respectively. Delta itself estimates that Q4’s revenues were only about 25% below those of 2019’s fourth-quarter figures and that 2022 as a whole could see a return to the black side of the balance sheet for the airline. The year’s first week of trading showed a modest rise of 3% for Delta’s stock price, and if Thursday’s release beats predictions, the firm’s shares could be positioned to increase even further.

The banking industry has seen some interesting trends over the past quarter, as investment has grown and the Fed marked a policy turn. JPMorgan (JPM), Citigroup, and Wells Fargo are expected to announce Q4 earnings on Friday, January 14th, prior to market open.

2021 marked record levels of investment bank activity and trading for U.S. megabanks, but the planned rises in the American interest rate could further benefit their bottoms lines. Traders may already be factoring in the benefit of higher interest rates for the aforementioned three banks’ lending branches; for 2022 so far, the financial sector is second only to energy-related stocks on the S&P 500 (USA 500) in terms of growth. Banks set to release earnings this week showed rises in share price over the first trading week of the year, with Citigroup rising 4.2% and Wells Fargo 8%

Throughout the course of the COVID-19 pandemic over the past two years, central banks from Washington, D.C., to London have generally hewed to policies of ‘easy money’, keeping interest rates low to boost economic demand amid challenging macroeconomic conditions. However, the monetary winds are now blowing in the opposite direction, with some predicting up to four interest rate hikes over the course of the year as the Federal Open Market Committee responds to steadily increasing inflation.

Even prior to the Fed’s hawkish turn, the banking sector saw increased profits for the second half of 2021. Growth numbers may seem lackluster to some when compared to the recovery bump seen in prior quarterly earnings but are still expected to be comfortably above pre-pandemic figures.

Some are estimating that JPMorgan’s earnings per share may have increased to $3, reaching nearly $30 billion in Q4 revenue. Citigroup and Wells Fargo (WFC) are predicted to post Q4 revenue figures of $16.92 and $18.67 billion respectively on Friday, with EPS of $1.55 and $1.10.

These impressive numbers could be due to the jump in loan activity in the banking sector over the third and fourth quarters of last year. Along with the previously-mentioned jump in investment banking activities, banks have benefitted from a generally strong stock market as well.

Furthermore, Citigroup (C) also seems to be thriving under the influence of a renewed executive suite led by CEO Jane Fraser, and Wells Fargo is estimated by many to be recovering from five years of continuous banking scandals. Q4 earnings season may be shaping up to be highly positive for the financial sector, with the resultant effects on their share prices going forward.

Although we’re less than two weeks into 2022, the markets have already sprung some surprises. It’s anyone’s guess whether Q4 earnings season will live up to traders’ expectations or not.