2021 was most assuredly a tumultuous year for firms from a plethora of global industries. As the coronavirus pandemic, among other factors,  continued to affect our lives for the second year, the potential business profits and pitfalls were great. Let’s take a look at who won big and who lost out in 2021: 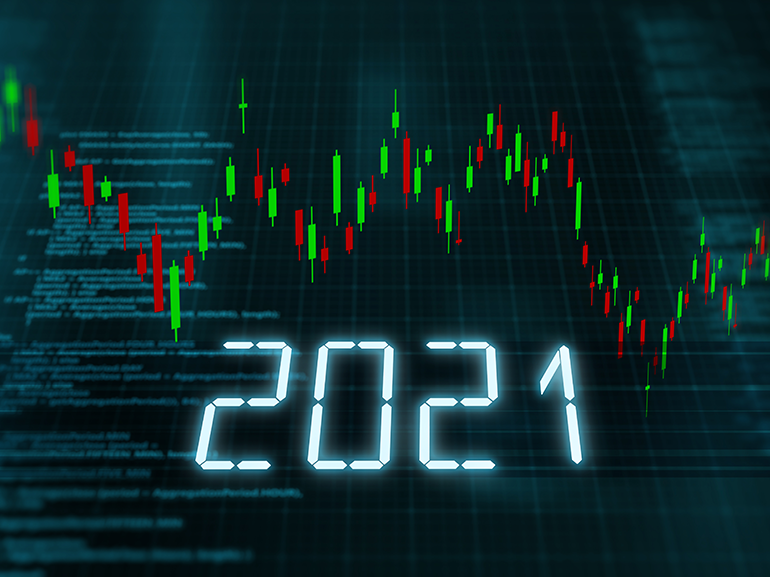 Global stock markets had quite a volatile 2021, as the captains of industry struggled to navigate from wave to wave as new variants were continually discovered. Key indices like the S&P 500 (USA 500), Nasdaq 100, and Dow Jones Industrial Index were all climbing unsteadily skywards as vaccination initiatives were rolled out from pole to pole. The first half of 2021 turned out to be the S&P 500’s best six-month period since the beginning of the pandemic, and the Dow was pumped up by large U.S. government spending programs.

However, the continual discovery and subsequent spread of new COVID-19 variants brought with them recurring travel restrictions, with the resultant deleterious effects on international commerce. The Delta strain, first discovered in India last February, brought the S&P and the Dow (USA 30) down significantly in early autumn. Despite this dip, the markets recovered more quickly from Delta than they had from the original shock of coronavirus. This trend of bouncing back more quickly from subsequent waves held true for Omicron as well, with the third week of December seeing the stock markets quickly recoup their losses from an Omicron-induced drop.

New York’s top indices as a whole have proven resilient in the estimation of many, however, the tech-heavy Nasdaq especially shined this year, with the largest amount raised by IPO among American indices. The Dow has posted a 20% increase since the top of the year, but the Nasdaq rose by nearly 25%. What made 2021 such a successful year for the Nasdaq (US-TECH 100)?

A perfect storm of auspicious trends converged this year to pump up companies listed on the Nasdaq. The coronavirus kept large numbers of white-collar workers at home, which increased the demand for remote-work technology and video graphics, the continually developing metaverse (META) offered new horizons for enterprising tech firms to conquer, the pandemic required creative med-tech solutions, and electric vehicles continued to make inroads among motorists the world over. NVIDIA, Tesla, and Pfizer were three of 2021’s biggest victors.

2021’s  best-performing mega-cap stock of 2021 has been the source of buzz throughout the year for a variety of reasons. Over the past nearly two years, the scores of workers that have had to christen home offices have caused the need for cloud computing technology to balloon. Similarly, the gaming industry was fueled by those bored during lockdowns. NVIDIA (NVDA) profited, therefore, from the wide swathes of the public that endeavored to both work and play hard during the pandemic via semiconductor chips.

Since the beginning of the year, the company’s share value has risen by over 130%, and NVIDIA’s CEO and CFO let drop several tantalizing tidbits regarding the firm’s planned pivot to the metaverse last month.

NVIDIA has done well over the course of the COVID-19 pandemic as a whole, and its emerging business strategy of metaverse development combined with its existing, highly successful hardware specialisation may leave the firm well-poised to continue growing through 2022.

Although Tesla’s controversial CEO, Elon Musk, may have appeared in the headlines several times this year due to tweets and other public statements, the electric vehicle manufacturer’s business model itself has done remarkably well in 2021.

The company’s stock has grown by more than 50% over the course of 2021, and hit a few key milestones along the way. This October, Tesla (TSLA) became the sixth company in American history to reach a capitalisation of $1 trillion, hit $1 billion in quarterly net income for the first time in Q2, and shifted its base of operations from California to Texas.

Tesla faced some unique challenges this year, with increasing competition in the key Chinese market, scrutiny of its autonomous cars’ safety, and the seemingly never-ending semiconductor chip shortage essential for EV production. Despite these challenges, Tesla still managed to deliver more than 600,000 vehicles and plans to open two more gigafactory battery production facilities in the near future.  Whatever the next year holds in store, one thing that is certain is that Tesla was one of 2021’s big winners and doesn’t seem to be taking its foot off the gas in 2022.

Yet another Nasdaq-listed stock that got a shot in the arm from the pandemic is Pfizer (PFE). This company’s name has been on everyone’s lips since it announced that its proprietary vaccine was found to offer 90% protection against the COVID-19 virus in November of last year. Since the beginning of the year, Pfizer's stock has increased its stock value by more than 60%. In November, the company easily outpaced analysts’ estimates when it revealed that its Q3 earnings and revenue had both increased by over 130% year-on-year.

Although this American pharmaceutical firm predates the American Civil War, it’s undoubtedly the coronavirus vaccine that made Pfizer one of 2021’s success stories. Vaccines account for 60% of the company’s total sales, and the U.S. government has already purchased enough doses to inoculate every child in America. In addition, a Pfizer-developed pill may soon be used to treat the virus post-infection.

Although the Pfizer vaccine is not the only game in town anymore, with the global pandemic seemingly having no end in sight, the firm’s star seems far from falling in the near term.

There are always two sides to the coin, and 2021 wasn’t as kind to all sectors of the market as it was to the aforementioned firms. This year was a rocky one for certain commodities, currencies, and especially the Chinese technology industry.

Did Oil Recover This Year?

Last year, Oil’s (CL) price took a dive as the frenzy of the pandemic continued in the wake of international travel restrictions, falling 20% over the course of the year. In 2021, Oil was in a recovery period as the global economy attempted to return to normal, and in October, some of the biggest Oil companies in the world posted their highest cash flows since the Great Recession.

However, the Delta and Omicron variants of the COVID-19 virus both led to sharp dips in Oil’s price in August and late November respectively. The worst day of the entire pandemic for the price of petroleum was only a little over a month ago, on November 26th.

2021 was a year of recovery in many respects for Oil markets, but with the near-term trajectory of the coronavirus pandemic uncertain, the outlook may still be cloudy for savvy investors.

Another commodity has had an even rockier rollercoaster ride this past year. Gold (XAU) has danced a duet with the American economy in 2021, generally responding to the ups and downs of the U.S. marketplace as consumers responded to government legislation and infection rates.

Although the yellow metal started off the year at $1,943 per ounce, the Biden administration’s stimulus package and general economic recovery sent it down by 13% by early March. In total, Gold’s price has declined by more than 6.5% in 2021.

Although Gold has traditionally been seen as a safe haven in times of inflation and economic unrest, a few factors prevented this precious metal from truly shining this year. First, despite this year’s volatility, the global economy is generally better than it was at the beginning of 2021. Second, although inflation in the US has hit levels not seen since the 1980s, the Fed increased  interest rates for the first time since the dawn of the pandemic. Thirdly, more traders may be turning to Cryptocurrencies such as Bitcoin (BTCUSD) and Ethereum (ETHUSD) rather than using Gold as an alternative to inflation-vulnerable fiat currencies.

A good deal of whether Gold continues its mediocre streak into 2022 depends on whether the coronavirus pandemic can finally be mitigated, and whether central banks like the Federal Reserve and Bank of England succeed in putting a leash on runaway inflation rates.

China Cracks Down on Tech Stocks

The tech industry as a whole was in many ways one of 2021’s success stories, but in one economic powerhouse this was not unequivocally the case. The Chinese government has increased restrictions on internet-related companies throughout the year, sending companies like Tencent and Alibaba hurtling downwards.

Tencent (0700.HK) has been hit hard by the new restrictions on gaming by minors instituted by the Chinese Communist Party in August, following a widely-read editorial in a party newspaper that likened online gaming to hard drugs. The firm’s advertising revenue has also been indirectly hit by the global chip shortage, as Chinese automobile manufacturers devote less of their funds to advertising on Tencent’s application, WeChat. Since early February, the company’s share price has tumbled by over 40%. CEO Pony Ma stated last month that the company may need to adjust itself to a ‘new normal’ of increased government scrutiny.

Alibaba (BABA), the massive multinational conglomerate, has not had an easy time of it either this year. In March, the company was coerced into selling its interest in the South China Morning Post, and was hit the following month with a $2.87 billion fine for various antitrust violations. Alibaba’s price jumped by the highest rate in over four years earlier this month, perhaps due to a reorganisation of the firm’s e-commerce branch, but its share price as a whole has fallen by nearly half this year. Much like Tencent, Alibaba may be facing a more adversarial business environment in its home country as government regulations grow stricter.

When entering a new year, traders and investors alike may wish to look back in order to draw conclusions for the year ahead. 2021’s challenges  did not affect all sectors of the economy equally, and some firms were better able to ride the waves of infection, inflation, and supply chain problems than others. As we enter 2022, much remains uncertain about whether profitable firms will continue their winning streaks, and whether less lucky players will continue to lose. Just as with 2020 and 2021, the scales may be tipped next year by the course of the coronavirus pandemic.