While the global economy is facing significant headwinds blowing from many directions at the moment, one of the most talked-about is undoubtedly inflation. The majority of industrialised nations are currently facing annualised rates of price increases that far exceed the ‘ideal’ rate of 2%, and central banks from Frankfurt to Washington, D.C., are weighing their next moves. It is against this macroeconomic backdrop that the United States’ Federal Reserve yesterday announced that interest rates in the country would be raised by 0.75%, the highest single hike in the federal funds rate in nearly 30 years. 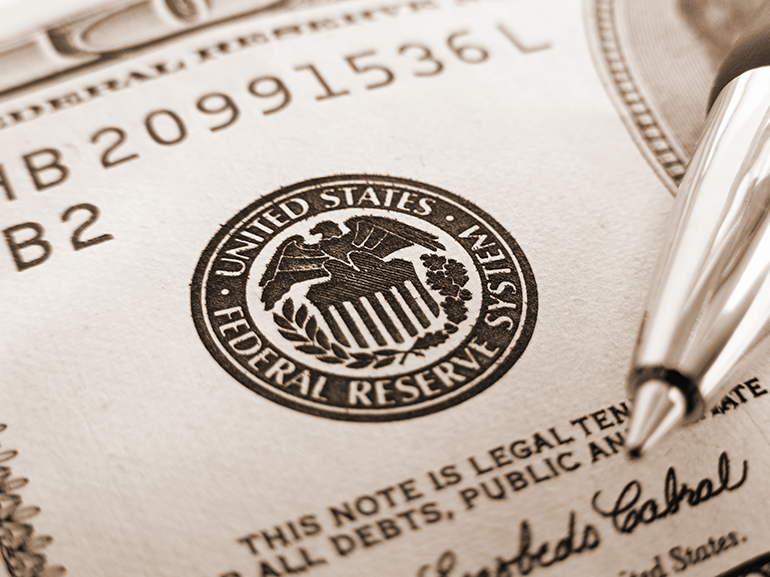 FOMC Takes the Gloves Off

The Federal Open Market Committee, which determines the course of monetary policy for the United States, concluded its latest two-day summit on Wednesday afternoon. Following this meeting, Federal Reserve Chairman Jerome Powell revealed to the public at a press conference that interest rates would be raised by even more than previously expected.

While the Federal Reserve has been raising interest rates at each of its meetings since March, the latest economic data released by the Bureau of Labor Statistics may have had a role in this quickening of the pace. Last Friday, Consumer Price Index (CPI) and consumer sentiment data showed that prices increased at an annualised rate of 8.6% in May, the highest seen since 1981, while the mood among American citizens regarding the economy has sunk to a new low.

These data points may have come as a surprise to Powell and other monetary policymakers, who have made tamping down inflation their central goal in recent months. Given that previous 0.5% interest rate hikes have thus far failed to ease the strain on American wallets, it seems that those at the Fed came to the conclusion that more aggressive measures are needed. In March, the median FOMC member foresaw interest rates being raised by a total of under 2% by the end of the year; currently, predictions are that by 2023 the federal funds rate will have jumped by a total of over 3%.

Inflation has already become a headache for the Biden administration, which is gearing up for midterm elections in November. Geopolitical instability and Commodity price shocks have been capturing the headlines throughout the spring of this year, and the trading mood on major American Indices has grown progressively more risk-averse.

In trading sessions over the past week, New York City’s S&P 500 (USA 500), Nasdaq (US-TECH 100), and Dow Jones Industrial Index (USA 30) showed broad-based retreats as a lack of clarity about the economy’s near-term trajectory and the Fed’s next moves reigned on Wall Street. However, this trend was reversed yesterday following Powell’s rate hike announcement.

By the ring of the closing bell on Wednesday afternoon, the S&P 500, Nasdaq, and Dow Jones had all broken their multi-day losing streaks, posting gains of 1.4%, 2.5%, and 1% respectively. It seems that for the moment at least, the scale of how seriously the U.S. central bank is taking efforts to return stability to the market are bearing fruit in terms of market mood.

Hard Landing on the Way?

Despite yesterday’s turnaround, significant concerns are still being voiced surrounding the Fed’s campaign of steep interest rate hikes. The past two years have been filled with ups and downs since the beginning of the COVID-19 pandemic, and many experts fear that another recession is in store for the United States.

Interest rate hikes do not simply affect the inflation rate; they also make financing business expansion and the purchase of property less attainable for the average citizen. The central goal of central banks fighting inflation is to bring demand down to meet lowered supply, and thus clip the wings of price increases.

However, it is looking increasingly likely that the overheated U.S. economy could be in for a ‘hard landing’, or a recession with an accompanying rise in inflation rates. Due to wider global conditions over which the Fed has no control, like supply chain issues and the recent coronavirus lockdowns in China, Chairman Powell has acknowledged that the Fed may be unable to take inflation down without causing a recession.

At the moment, market watchers seem uncertain regarding in which direction the wind is blowing. It is still unclear whether this latest interest rate hike will bring June’s inflation rate down by a significant amount, and whether the FOMC’s next summits will conclude with similarly large increases in the federal funds rate. For now, it seems a return to stable, sustained growth is still beyond the horizon.