According to remarks released to the media on Monday, the chairman of the Federal Reserve, Jerome Powell, is positioning the United States’ central bank to take a hard line on inflation ahead of his Senate confirmation hearing today. While previously, American policymakers had described runaway inflation as ‘transitory’, it seems as though a shift to tightened monetary policy is in the cards for the world’s largest economy. 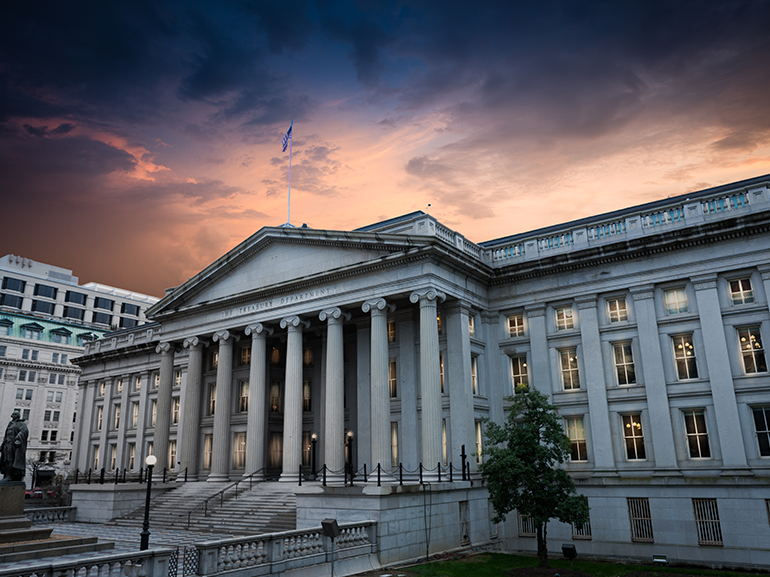 Powell’s comments regarding the need in his view, to take action to prevent inflation from being endemic to the U.S. economy, comprised part of his opening statement to the Senate Banking Committee. Now that President Joe Biden has nominated Powell to another four-year term as Federal Reserve chair, he’s preparing for his Senate confirmation hearing, in the course of which many are predicting he’ll face tough questions from both sides of the aisle on employment and inflation.

Powell, first elevated to his current position by Republican President Donald Trump, has gained praise from many for his policy of quantitative easing over the course of the pandemic, whereby the Federal Reserve instituted a massive bond-buying program to keep the economic ship sailing through the stormy waters of COVID-19. However, quantitative easing increased the money supply in the American economy, which may have contributed to current rates of inflation.

Given that prices in the American marketplace have been rising at their fastest rate since the bad old days of stagnation in the early 1980s, it may come as no surprise to market watchers that Federal Reserve members are now pivoting toward a more hawkish stance on stimulus. The Federal Open Market Committee’s December meeting was marked by unanimous approval on the necessity of an interest rate hike. This change came relatively quickly; in September, half of central bank officials didn’t support raising interest rates at all in 2022. What factors could have led to this sea change in the outlook for monetary policy?

By many accounts, the primary reason for the Federal Reserve’s decision to schedule at least three interest raises for the coming year is skyrocketing inflation. According to December’s Bureau of Labor Statistics figures, prices rose by nearly 7% in 2021. Previously, many economists supported the U.S. central bank’s policy of restraint with regard to putting an end to support measures; while inflation is surely an issue, some have opined that the phenomenon could still prove temporary, and raising interest rates could have a deleterious effect on employment numbers. Legislators from the Democratic Party seem to be especially concerned with reaching full employment, and the issue is likely to be raised at the confirmation hearing today.

However, Powell’s statements have been focused more on the prospect of coronavirus-related supply chain issues keeping prices on an upward trend. Despite the fact that the Fed can’t have a direct effect on global supply chains, the central bank’s chair has made it clear that his priority is achieving price stability within the United States. Goldman Sachs (GS) analysts are even predicting that the FOMC could be gearing up for four interest rates this year. How might this rapid tightening of American monetary policy affect the markets?

As of Tuesday morning, Gold (XAU) has risen by just under 1%, perhaps due to the strength of its venerable reputation as an inflation hedge. However, a hike in interest rates could bring a change in fortune for this Commodity. Given that Gold is not yield-bearing when interest rates go up, investors may choose to shift funds to assets that have a yield, like the U.S. dollar. While the Dollar (DX) has been trading relatively flat as of late, this trend could shift rather quickly once interest rates–predicted by many to happen as soon as this March.

Other sectors that stand to benefit from the foreseen jump in interest rates are American megabanks. Financial institutions like Citigroup (C) and Morgan Stanley (MS) reap the fruits of high interest rates via their large lending branches, so this year could be beneficial for their bottom lines as well as their stock prices if the Federal Reserve proceeds on its hawkish track as expected.

However, some major Indices are already responding differently to expectations that the central bank will take steps to shift its balance sheet. The S&P 500 (US 500) and Dow Jones Industrial Index (US 30) have been continuing their losing streaks in recent trading days. Some market watchers hold that this is a sign that Indices may already be reacting to prospective interest rate hikes as the Fed moves to cool the economy down.

Although Federal Reserve Chair Jerome Powell’s views going into his Senate confirmation hearing may seem clear to those who have been following the news, given that the near-term trajectory of both COVID-19’s Omicron variant and monetary policy moves are still not completely certain, the markets could still be in for unexpected shifts this year.