The Federal Open Market Committee, also known by the acronym ‘FOMC’, is the twelve-member committee within the United States Federal Reserve responsible for determining monetary policy. Since this year proved to be especially challenging as inflation and recession fears coupled with political unrest took a toll on the different market sectors, investors and traders may have been eagerly waiting for the FOMC’s decision. Accordingly, yesterday, on December 14th the FOMC concluded its latest and final summit of 2022 by raising its interest rates by 0.5% points; its highest in 15 years.

Following Tuesday's release of US CPI data showing that inflation may have been cooling down, yesterday’s Fed summit may have taken some market watchers who may have been expecting a less hawkish rate hike by surprise. This prompts the questions of what lies ahead for the US economy, how the FOMC formulates its policy decisions, and what impact does this have on the market? 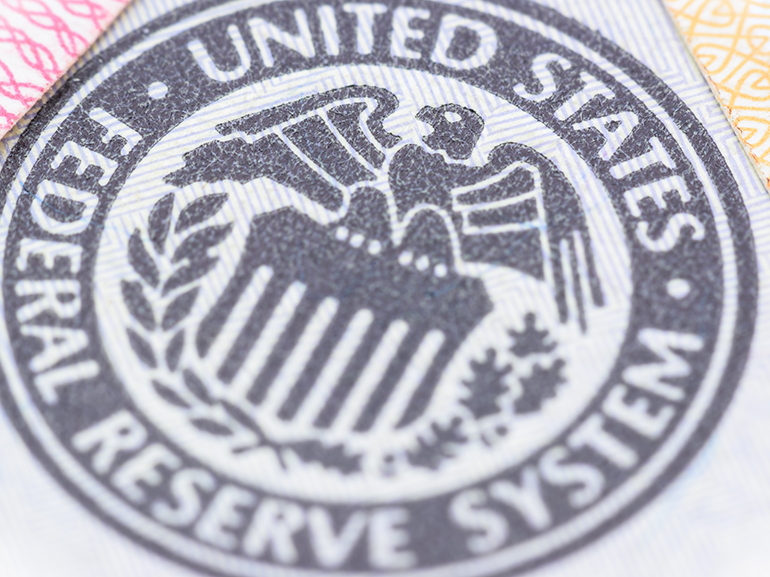 Monetary policy denotes the moves taken by a nation’s central bank, in this case, the Federal Reserve, to ‘move the needle' with regard to the availability and cost of cash and credit. There are three main levers the Federal Reserve of the United States utilizes to enact monetary policy: the discount rate, bank reserve requirements, and open market operations (OMO); the Federal Open Market Committee is responsible solely for the latter.

What Are Open Market Operations and How Are They Used?

Open Market Operations are the sale and purchase of government-backed Treasuries and securities on the market. The federal funds rate, which is set by the Fed’s Board of Governors, is the rate of interest for overnight loans that American banks charge each other; this rate also serves as a benchmark for mortgage rates, interest on credit cards, and more.  The interest rate banks charge each other is crucial, because interbank loans enable banks to keep their cash reserves high enough to satisfy consumer demand for loans.

The FOMC uses Open Market Operations as its main tool to ‘push’ the market to that target federal funds rate. When Treasuries and other securities are purchased, using freshly-printed money, the money supply on the market increases, and the interest rate banks charge each other for overnight loans goes down. The money supply falls, and interest rates rise, when the FOMC makes the decision that the Federal Reserve should sell Treasuries and securities that it is currently holding.

The monetary track embarked on by the Federal Reserve is vital, because Treasuries are bought and sold by the Fed in such large quantities that they directly influence the overall interest rates available to banks and everyday consumers alike. When more securities are purchased, the supply of money available in U.S. bank reserves rises, so loans become easier to obtain and interest rates decrease.

How Does the FOMC Decide What Road to Take?

Depending on the overall economic climate, and the FOMC members’ assessment thereof, the FOMC determines whether the Federal Reserve will either buy or sell government-backed securities.

In times of economic strife, the FOMC tends to recommend buying securities in order to support economic growth; the inverse is true when the national economy seems to be on more stable ground. However, given that economic judgments are not always objective, there can sometimes be disagreements within the FOMC.

Many factors go into the FOMC’s ultimate determination; members review overall economic indicators such as inflation, unemployment, and GDP. In addition, they may even consider how a change in monetary policy could affect specific industries within the American marketplace.

The FOMC Meeting minutes, which provide a detailed summary of the discussion conducted between committee members, reveal exactly which factors lead to the Fed’s monetary policy decisions, as well as the various members’ views. While a press conference is conducted shortly after the FOMC meeting ends, the minutes are not released for a full three weeks following the meeting’s conclusion, so much of what goes into the committee’s decision remains a mystery to the public for nearly a month afterwards.

FOMC members can often be referred to as ‘hawkish’, those favouring less bond-buying, ‘dovish’, who take the opposite view, or ‘centrists’, whose approach lies somewhere in between. The relative proportion of those holding each view has important repercussions on how the Federal Open Market Committee functions.

How Does the FOMC Operate?

Eight times a year, or more depending on necessity, the committee holds a meeting to decide on the course of federal monetary policy in the near-term. At the meeting, held in Washington, D.C., committee members will review the nation’s macroeconomic conditions, assess risks, and determine the direction best suited to the FOMC’s goals of keeping prices stable along with an overall sustainable rate of economic growth. The twelve members then vote on whether buying or selling securities is more likely to attain these goals. The Fed’s last meeting, which began Tuesday, December 13th, and concluded on December 14th, with a press conference in which Fed Chairman, Jerome Powell spoke was the committee’s eighth and final summit of 2022. (Source:Investopedia)

Who Sits on the FOMC Committee?

The Federal Reserve Bank of New York’s president, since 2018, John C. Williams, is a perpetual member of the committee. Four of the remaining eleven regional Federal Reserve Bank presidents also serve on the FOMC in one-year rotations to ensure representation from all regions of the United States.

How Does the Fed Influence the U.S. Economy?

When the Federal Reserve moves to increase interest rates, it can have an outsize effect on the economy as a whole. If the FOMC moves to sell securities, thus increasing the federal funds rate and interest rates across the economy, various firms’ assessment of their future revenue flows can be negatively affected, as debt expenses will grow.

If investors believe that debt servicing could have a negative effect on a company’s revenue growth, they’ll be less inclined to buy that company’s stock, the price of which will fall. The financial sector, conversely, stands to gain from an interest rate rise, since they’ll then be able to gain more from lending fees. Institutions like Bank of America (BAC) and Morgan Stanley (MS) may already be calculating how best to grapple with the benefits and challenges presented by higher interest rates.  Furthermore, during times of inflationary pressure accompanied by higher interest rates, investors and traders tend to shy away from tech stocks and usually opt for safe-haven assets instead. It might explain the layoffs, hiring freezes, and challenges in the tech industry throughout the year.

How Is the Stock Market Responding?

December 14th, 2022, marked the final Fed meeting of the year whereby the committee voted to raise interest rates by half a percentage point which is the highest rate hike in 15 years. This may have caught some by surprise given the fact that Tuesday’s latest US CPI release showed promising signs of inflation slowing down. Consequently, the latest FOMC meeting showed that the Fed might be persisting with its hawkish rate policy. The hawkishness was further strengthened by Fed Chair, Jerome Powell, who remarked that the battle against inflation is yet to come to an end and that rate hikes will continue to materialize.

Moreover, Powell also stated that the Fed may raise rates in 2023 by over 5% for the first time since the 2007 economic crisis. Furthermore, a projected increase of 4.6% in unemployment rates in 2023 was revealed. This is well above the current rate of 3.7%.

Therefore, it might not come as a surprise to see that Wall Street showed signs of pessimism yesterday following these dreary remarks hence erasing the earlier optimism and cheer emerging from the CPI release. Accordingly, after a 2-day winning streak brought about by the CPI release, yesterday, key Wall Street Indices like the S&P 500 (USA 500) slid by 0.6%. Similarly, the Dow Jones Industrial Average (USA 30) and the tech-heavy Nasdaq (US-TECH 100) plunged by 0.4% and 0.7% respectively. (Source:CNBC)

As for 2023, one is left to wonder whether or not the new year will be kinder to the market. In the meantime, however, according to the Fed, it seems that the fight against inflation is yet to end. Nonetheless, despite this gloomy outlook, many market watchers may be going into the new year with a newfound optimism believing that inflation may be in hindsight.