Over the course of recent trading days, the euro has been losing ground against the U.S. dollar. Yesterday, the greenback became worth more than the Eurozone’s common currency as the latter fell to a twenty-year low. Analysts are pointing to a confluence of factors for this rapid shift in the balance of power in the Forex market. 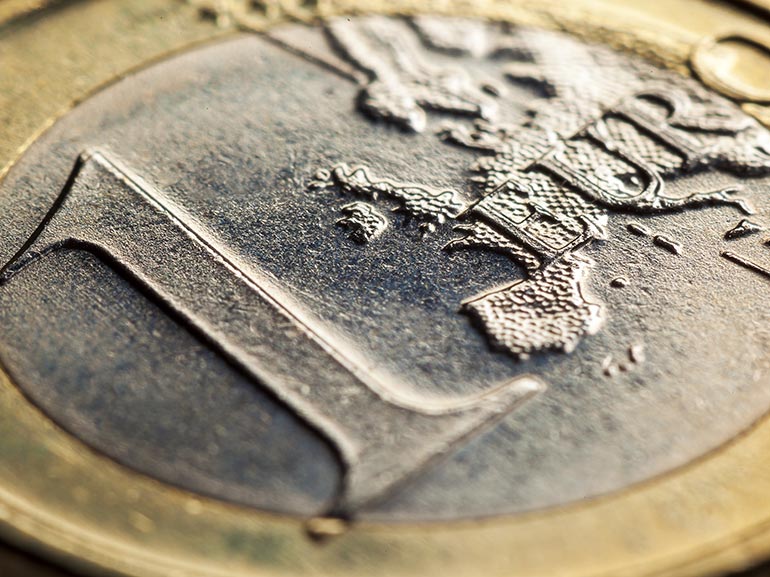 Euro Slumps Against the Greenback

Monday’s trading concluded with the EUR/USD Forex pair dropping by 1%, marking the second time since the beginning of 2022 that this key currency pair reached below parity. The first such occurrence this year was in July and sent ripples throughout global markets. (Source:BBC)

With volatility having become a defining feature in the current era of risk aversion and market uncertainty, the European Union’s top policymakers have been struggling to grapple with a myriad of distinct challenges that have raised concerns regarding the union’s near-term trajectory.

Just as recently as this past May, it seemed that the Dollar was on the back foot. Skyrocketing inflation rates in the United States pushed the Federal Open Market Committee (FOMC) to rapidly raise interest rates in the country and even ignited fears of a rapidly-approaching recession. However, it seems at the moment that the tables have turned at least to a certain degree, and as of the time of writing on Tuesday, the euro has dropped a further 0.05% against the greenback.

Crisis on the Old Continent

Since the beginning of the military conflict between Ukraine and the Russian Federation in February, a question mark has hung over the ever-important Commodity supply lines winding west from Russia’s resource-rich Oil (CL) and Natural Gas (NG) fields. With supply line jitters at the forefront, European leaders have been forced to weigh anew their goals of energy independence.

Just in the past week, the price of Natural Gas, essentially for heating the homes of EU citizens during long winters, has spiked by over 6.3% to date. With the European Central Bank having yet to manage to bring inflation rates down to the ‘ideal’ level of about 2%, it seems that consumer price increases and the resultant interest rate hikes are a saga the end of which has yet to be written. (Source:Bloomberg)

It is against the backdrop of deepening pessimism regarding the months ahead that the euro has been dropping. A key data release expected very soon could shed further light on where the European economy stands at the moment. Later today, the eurozone’s Purchasing Managers Index data, which reflects business activity, will be released. Investors may be waiting to see whether a further contraction after June’s drop will be unveiled.

Macroeconomic headwinds in Europe have clearly affected the euro’s value over the course of recent trading sessions, but the other side of the Forex equation has been undergoing changes as well.

The U.S. Dollar Index (DX), which measures the world’s reserve currency against a basket of other key national currencies, has jumped almost 2.4% this week as of the time of writing. According to some analysts, this could be due to the Fed’s turn to the hawkish side of the monetary policy spectrum. In its fight against inflation, America’s most senior monetary policymakers have raised interest rates by 75 basis points (0.75%) at each of their two most recent summits. Given that the Dollar tends to appreciate when interest rates are hiked, even being considered a ‘safe haven asset’, it may therefore have come as no surprise that this key currency has been gaining on the euro.

Much of where the world’s most popular Forex pair heads in the coming days and weeks rests both upon policy decisions taken at the highest levels on both sides of the Atlantic; how traders will respond to geopolitical and economic uncertainty is as yet unknown.