In the European Union, fears of an impending economic downturn seem to be taking hold. Market and geopolitical turmoil have led many analysts to wonder if stormier economic waters are ahead. As a result, the Euro neared a twenty-year low against the U.S. dollar on Thursday. 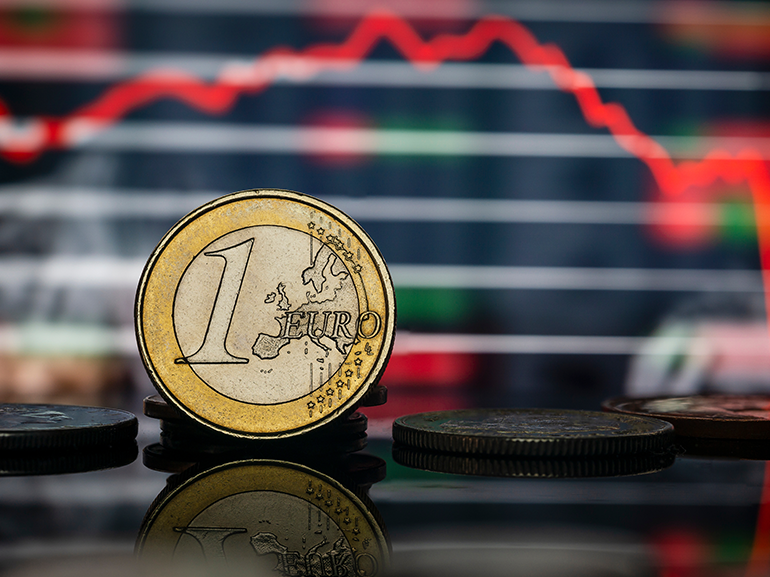 Anxiety Mounts in the Eurozone

While European citizens have been physically insulated from the direct effects of the ongoing military conflict between the Russian Federation and Ukraine, issues surrounding fossil fuel supply lines from Siberian sources have consistently been a cause for concern. Pre-invasion, the European Union imported nearly half of its supplies of Natural Gas (NG) from Russia. In Germany, the largest economy in the EU, this figure reached nearly two-thirds.

Accordingly, it may come as no surprise that policymakers at the highest levels of the European bureaucratic apparatus have repeatedly expressed concern regarding the effects of the geopolitical conflict in the post-Soviet space. As political leaders across the EU instituted an ever-expanding raft of sanctions against Russia, the latter has responded by reducing experts of key fossil fuels westward. With major European industries, as aforementioned, heavily dependent on Russian-sourced gas, some analysts have posited that Europe could be in dire straits by winter as demand for energy sources rises even as supply from Russia is set to fall.

While some stopgap measures have already been put in place to reduce the continent’s dependence on Russia, it remains to be seen whether they will bear fruit over the longer term. French and German authorities have moved to reopen coal-powered facilities, and an agreement was recently reached with non-EU member state Norway to deliver more supplies to beleaguered consumers. Energy sources from African states could also help to ease the pressure.

It is unknown at this point how import-export relations between Russia and the EU will develop this year, but the fossil fuel supply crunch is already having an effect on European pocketbooks. Inflation in the European Union has risen sharply this year, reaching 8.2% in Germany and 6.5% in France according to the latest available data.

In response, the Frankfurt-based European Central Bank has apparently felt the need to follow the example set across the pond and more hawkish measures are being taken. Moving toward the more restrictive end of the monetary policy spectrum, interest rates are being raised in the EU for the first time since the time of the eurozone crisis over a decade ago.

Worries over the economy among European traders seem to be on the rise, and many are raising the spectre of a continent-wide recession. Major European Indices like Germany’s DAX-40 (Germany 40) and the Paris-based CAC-40 (France 40) have declined slightly over the past week, although they did not fall over the course of the trading day Wednesday. Furthermore, the euro has been struggling against the greenback. While a slight rise is being noted as of the time of writing, over the past week, the EUR/USD Forex pair has fallen by nearly 2.7%.

At the moment, it seems like the Federal Reserve will continue on its course of rapid rate hikes in order to battle inflation, even at the cost of pushing the U.S. economy into the ‘hard landing’ of a recession. Such a shift in economic growth could quickly spread to closely-interlinked economies throughout the world, including in the EU.

Currently, it is unclear whether Eurozone economies and their common currency will be able to best these doldrums. Time will tell whether recession fears are borne out or not.