Three major U.S. aviation companies are expected to release their first-quarter results soon. International travel has been one of the sectors most deeply impacted by COVID-19; after Delta Air Lines, American Airlines, and United Airlines release their Q1 2022 earnings in the next two weeks, traders may get a better idea of whether this trend has continued into the pandemic’s second year. 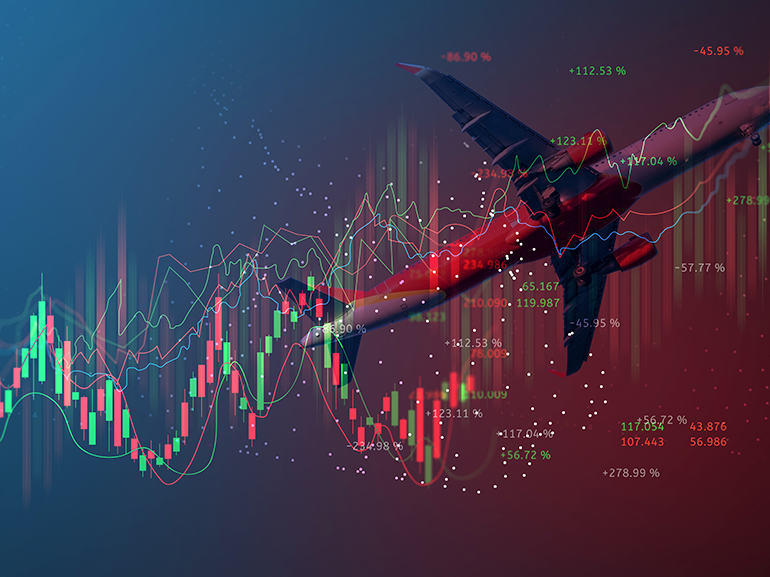 Delta Air Lines (DAL), as with much of the U.S. aviation industry, has gone a significant way toward recovering from the downturn caused by worldwide travel restrictions implemented in the wake of spreading coronavirus infections. On Monday, the American Transportation Security Administration (TSA) announced that the number of airport passengers had increased by nearly 50% over the past year.

Delta’s share price has unfortunately not reflected this trend. The firm’s stock value is down over 20% compared to one year ago, with a drop in value of nearly 2.5% observed over the first quarter of this year. Although limits on international travel are not as stringent, the steep rise in the cost of jet fuel observed in recent months has put pressure on Delta’s bottom line. However, this firm may be somewhat protected from the strain of Oil (CL) price hikes due to the fact that it owns a refinery.

Delta’s earnings per share (EPS) figures for the past two quarters have been positive, but the analyst consensus is that the airline will reveal a reversal of this pattern today before the bell. Despite the predicted more than doubling of Delta’s revenue, market experts foresee a loss per share of $1.22. However, there may be light at the end of the runway: it’s expected that the airline will close 2022 with adjusted profitability ending in the black for the first time since the pre-pandemic era.

On Tuesday, American Airlines (AAL) shared with its investors that it’s revising Q1 revenue projections upward to nearly $8.9 billion. In the wake of this news, the airline’s shares inched upwards by 1%, slightly blunting their one-quarter drop in value over the past year. However, traders may wish to wait for American Airlines to officially release its first-quarter 2022 results next Thursday morning before coming to any conclusions.

While the recovery of domestic leisure travel within the United States may have lessened the effects of high jet fuel costs on American Airlines, capacity for the airline is still down by over 10% compared to Q1 2019. The firm is expected to post a loss per share figure of $2.51, and positive earnings per share are not predicted until the third quarter of this year.

The remaining member of the American aviation trifecta expected to release Q1 numbers in the coming days is United Airlines (UAL). This Chicago-based airline’s share price has declined by almost 24% in the past year, and losses per share are predicted to come in at $4.04 next Wednesday after market close. A forecasted year-over-year increase in sales to $7.7 billion might be the factor that helps United’s losses per share recover by 46% from Q1 2021’s figure.

All in all, despite losses per share expected from these three U.S. airlines, it seems that the American aviation sector is drawing closer toward recovery from the precipitous drop in air travel caused by COVID-19. It remains to be seen if traders will respond to these figures by boosting the aforementioned firms’ share prices following their Q1 earnings releases.