Microsoft (MSFT) announced a groundbreaking acquisition deal on Tuesday. According to the details of the agreement, Microsoft is set to take Activision Blizzard, a leading video game developer and publisher, over for a record nearly $69 billion. 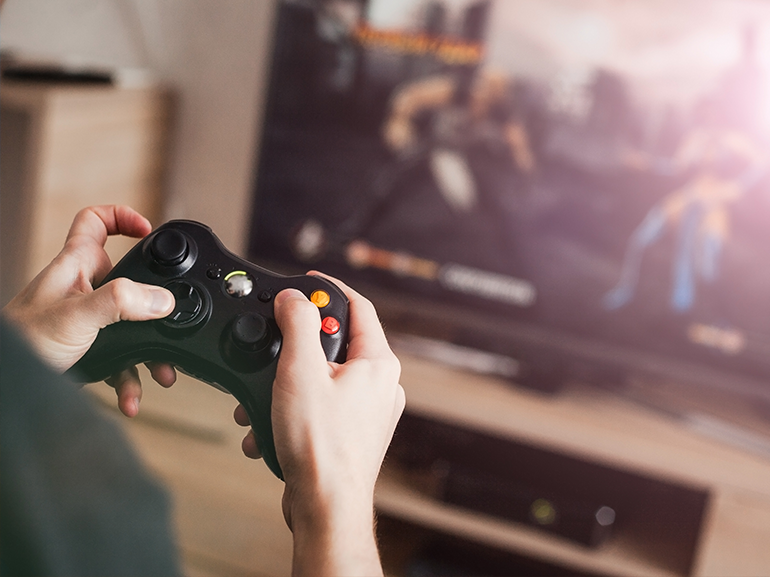 If this acquisition is approved by Activision’s shareholders, it’s set to become the most expensive takeover deal in the American tech industry’s history, outpricing Dell’s (DELL) acquisition of EMC in 2016 for $67 billion. So why is Microsoft CEO Satya Nadella pushing so hard for his firm to pay $95 a share to absorb Activision? (Source:Bloomberg)

Nadella, an Indian native who’s served as Chief Executive Officer of Microsoft since 2014, has charted a strategic course for the Seattle-based corporation that’s been focused on building its content offerings. According to some reports, Microsoft executives have been on the hunt for an acquisition deal that would allow them to make deeper forays into the arena of social and mobile gaming for nearly two years. The material in Activision Blizzard’s stable could finally give Microsoft the upper hand over rival Sony for dominance of the video game market.

Although the continuing COVID-19 pandemic with its attendant stay-at-home orders pushed Microsoft’s gaming revenue to $5 billion for the first time last year, it still trails Tencent (0700.HK) and Sony in the gaming industry by this measure. However, with the addition of Activision Blizzard’s suite of games, including the canonical Call of Duty and World of Warcraft, Microsoft could stand to gain 400 million new customers as well as expand its attraction for gamers worldwide in one fell swoop.

Furthermore, this record-breaking deal may further CEO Natella’s long-term goals of heightening Microsoft’s cloud and mobile gaming capacities. Activision Blizzard (ATVI) has been a leader in the arena of mobile games, with offerings like the wildly popular Candy Crush being played by millions across a variety of platforms. Now that Microsoft could be set to inherit Activision Blizzard’s game studios and products in 2023, it could be set to get a bigger piece of the mobile gaming pie, as well as encourage more of of the company’s 25 million Xbox Game Pass subscribers to add tablets, phones, and other electronic devices to their gaming repertoire as well.

Another major ‘pull’ factor that could have acted as a catalyst for this acquisition is the nascent metaverse. Over the past year, the plans of various firms like Disney (DIS) and Meta (FB) to build this new immersive environment have been all over the headlines, and Microsoft is no exception. Meta itself could be rooting for Microsoft’s acquisition deal to go through, as it could pave the way for large mergers and acquisitions to become more legitimised in the eyes of American legislators.

Microsoft’s CEO himself said that Activision Blizzard’s acquisition ‘will play a key role in the development of metaverse platforms’. Many of the latter company’s games fall into the category of massively multiplayer online games. Given that these games are especially adaptable to immersive VR gaming platforms which could contain millions of users when combined with Microsoft’s extant technological capabilities, the firm could already have a leg up on the competition in building a proprietary metaverse platform.

Despite Microsoft executive suite’s apparent enthusiasm for this record deal, the coast is not yet clear. Several legal issues could make it so that Activision Blizzard’s acquisition doesn’t reach completion as smoothly as hoped.

Some observers might be wondering what pushed Microsoft to ink this jumbo deal now. Activision Blizzard has been mired in controversy since last summer when the State of California filed a lawsuit against the firm for sexual bias. Allegations that CEO Bobby Kotick, who’s stood at Activision Blizzard’s helm for thirty years, turned a blind eye toward severe misconduct of a sexual nature among company personnel have also been rampant. Kotick is not expected to continue in his position once the deal goes through. Given strong public criticism of Activision Blizzard’s company culture, as well as underwhelming sales forecasts, which may have contributed to the firm’s stock being on a downward trend throughout most of 2021, many are saying that Microsoft was able to negotiate the deal from a superior position.

In addition to the misconduct issues Microsoft might inherit once the acquisition is completed, significant regulatory issues could rear their heads. Although Microsoft has so far avoided close scrutiny from Washington legislators as the issue of Big Tech monopolies has been raised more and more, such a massive deal could draw regulators’ attention. Microsoft could be compelled to explain to the United States’ Federal Trade Commission (FTC) why, in its view, acquiring Activision Blizzard and its product suite won’t negatively impact competition in the video game industry. FTC head Lina Khan has demonstrated her concern about the powers of tech becoming concentrated among just a few major companies. In view of the fact that the increasingly monopoly-hostile Chinese government could review the agreement as well, the Microsoft-Activision Blizzard deal could have to be altered in accordance with government constraints before going through.

Activision Blizzard’s stock price shot up more than 25% Tuesday following the deal’s announcement, while Microsoft’s took a slight dip of 2.4%. However, the shareholders of another major player in the gaming industry may have been quite displeased with the day’s trading results.

Sony (SONY) shares fell 7% on Tuesday. Although the firm’s Playstation has been said by many to have the upper hand over Microsoft’s Xbox in the console wars, the acquisition of Activision Blizzard by the latter, with its resultant increase of market share, could lead to strong headwinds for Sony in the gaming industry. However, it seems unlikely to some market analysts that Microsoft will pull its newly acquired suite of games from Sony’s Playstation platform given that they still provide a major source of revenue for Activision Blizzard. Although the deal is not expected to go through until next year, Sony may already be planning its next move in response to this change in the competition’s position.

All in all, Microsoft’s record-breaking nearly $69 billion deal highlights a number of interesting aspects of the contemporary gaming industry, as firms seek to position themselves for the coming of the metaverse while avoiding regulatory roadblocks. At this point, it’s unclear if the deal will go through as-is, and what concrete effects it could have on the video game sector as a whole.