While it is no secret that inflation has taken a heavy toll on economies all over the world, yesterday’s CPI release might have disappointed some economists that anticipated a slightly lower inflation rate. Despite the gloomy reality that the economy and perhaps the average consumer are irrefutably struggling in face of inflation for quite some time, Tuesday's CPI report shows that the US market has not been able to acclimate to this situation. Here are the stocks and indices that have taken the biggest hit so far. 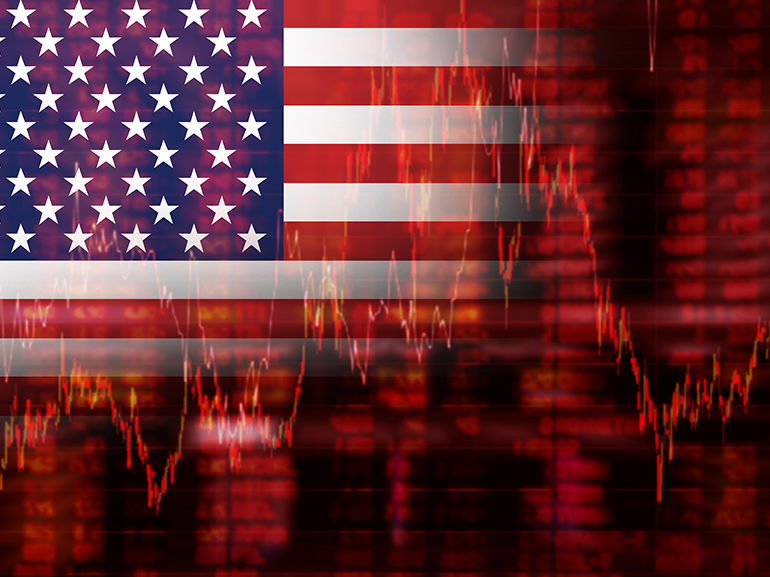 What Did the Latest CPI Report Show?

The latest US CPI results for August were published yesterday. In July, the CPI, the most commonly used measure of inflation and deflation, showed a lower-than-expected inflation rate. This is because whereas initially, economists predicted an increase of 8.7 in US consumer prices, the results for July showed a rise of 8.5. This, as a result, may have been the flicker of light the market and the average consumer needed in the battle of taming inflation. This may be why for August’s CPI results, economists may have been a tad too optimistic. Whereas they had initially predicted August’s CPI to decline to 8%, the results showed that it fell to 8.3% and inflation hiked above expectations to 6.3%.  Consequently, the less-than-optimistic findings also took a toll on leading US indices and stocks yesterday. (Source:The Wall Street Jounal)

Stocks Skid in Face of Inflation

The US market has been struggling for some time now and yesterday wasn’t different. The economic woes that were further highlighted in yesterday’s CPI results coupled with the seemingly incessant Fed hawkishness weighed heavily on US stocks and indices causing them to suffer their worst decline since 2020.

The tech sector, which has been suffering in face of higher interest rates among other factors, was hit hard yesterday. Accordingly, Apple (APPL), Meta (META), and Nvidia (NVDA) respectively lost about 5.8%, 9.40%, and 9.5%. These tech giants’ falls may be especially felt due to the fact that they haven’t been able to recoup the losses they incurred over the past couple of months. Evidently, the tech sector has been suffering from layoffs as it is known that during times of inflationary heat, investors and traders tend to opt for safe-haven stocks that are usually not tech-heavy. However, the tech sector was not the only one to fall yesterday, aviation giant,  Boeing (BA), and energy company General Electric (GE) also fell by 7% and 6% respectively. (Source:CNBC)

It might be safe to assume that Wall Street was not pleased yesterday. The aforementioned stocks might have dragged down the indices that gauge their trajectory with them. Consequently, indices like the S&P 500 (USA 500), the tech-heavy Nasdaq (US-Tech 100), and the Dow Jones Industrial Average (USA 30) plummeted by 4.3%, 5.5%, and almost 4% respectively, causing them to break through their 50-day moving averages and lose nearly all their recent highs.

The Fed Reserve’s hawkishness, inflation, and the war in Ukraine are not the only reasons behind these gloomy lows. It was reported Tuesday that the United States and the European Union are considering sanctions against China to prevent any invasion of Taiwan. If sanctions against China do come to fruition, then the risk of further economic decline increases.

For quite some time now, recession fears have been making headlines and yesterday was no exception. Some posit that the housing market is already in a recession and with the apprehensions of higher mortgage rates on the rise, traders and investors alike may be waiting with bated breath for the Federal Reserve’s next rate hike decision. The Fed’s next meeting, which is scheduled for September 20-21, according to many, may incur higher rate hikes to tame inflation. According to market watchers, the Fed might hike rates by 100 basis points. Nonetheless, we'll have to wait and see if this aggressive hike materializes and whether the fears of a recession hold true.