Brent Oil (EB) rose to its highest level in seven years on Tuesday as investors lost Omicron-related skittishness and conflict raised its head in the Arabian Peninsula. With supplies dropping and demand in Asia remaining strong, this Commodity seems set to continue on a bullish path in the near-term. 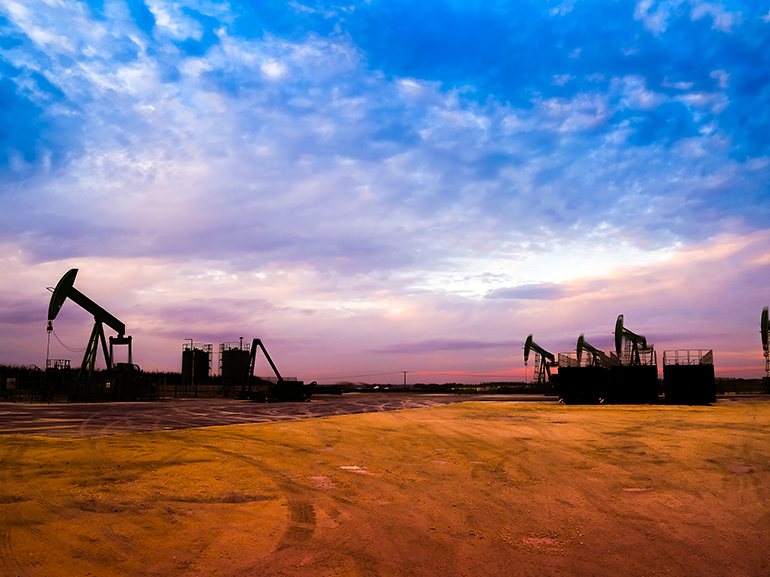 The Iranian-backed Shiite militant group, the Houthis, launched an attack on the Emirati capital, Abu Dhabi, on Monday. The attack, launched by drones, killed three, ignited a fire at the airport, and caused fuel tankers in a nearby oil storage facility to burst into flames. This offensive move on the part of the Yemen-based Houthis came following an unheeded warning to the UAE against continuing to conduct airstrikes in Yemen.

The United Arab Emirates is the third-largest producer of Oil (CL) by volume among OPEC countries; with the Houthis having demonstrated their ability to disrupt business-as-usual in the Gulf country, concerns on the part of market watchers regarding potential supply disruptions may be growing. Many are following the negotiations between Iran and Western powers in Vienna to ascertain the risk of continued attacks on oil storage and production facilities in the Persian Gulf, which have occurred periodically since the United States pulled out of the nuclear deal in 2018 and tensions with Iran began rising.

The COVID-19 virus’ Omicron variant hasn’t put a dent in global Oil demand the way Delta did last year. Previous fears that yet another wave of coronavirus infections would put a halt to international travel and commerce, and thus negatively affect the price of Oil, have so far failed to materialize.

Demand for jet fuel in Europe has remained heady, with travelers taking advantage of the relative lack of international restrictions to fly to and from, keeping flight numbers just slightly below the levels seen in November before this latest coronavirus variant was discovered.

Indian demand is not slacking either. Although the subcontinental economy was hit hard by Delta last year, Indian authorities are so far avoiding a nationwide lockdown and vaccination rates rising, thus mitigating COVID-19’s negative effects on business. The vice president of Moody’s (MCO) Investor Services’ Indian subsidiary, Prashant Vashisht, holds that Omicron won’t exert a strong downward pull on Oil demand in the subcontinent in 2022, expected to grow by up to 5% year-on-year by the end of the first quarter.

However, one of the greatest factors behind demand staying high as we move into the new year has been China. The COVID-19 pandemic, which began in Wuhan, China, hit Chinese demand for Oil hard in 2020. The country’s crude imports continued to shrink as the government cracked down on pollution and refiners tapped into standing inventories, dropping 5.4% in 2021. Despite this, some major analysts don’t see this trend continuing in 2022.

One analyst from S&P Global (SPGI) sees the revival of crude imports which began in November continuing throughout the year, with an average of 500,000 more barrels imported into China per day when compared to last year’s 10.3 million. Chinese stockpiles have also fallen to pre-pandemic levels. The country’s second-largest economy is still largely dependent on fossil fuel-hungry manufacturing sectors, and with refining capacities growing across the country, Chinese demand for crude oil doesn’t seem likely to shrink anytime soon.

A further sign of this confidence can be seen in the sheer quantity of Oil cargoes being snapped up by state-owned Chinese refiner Sinopec (0386.HK). Given that this government enterprise is buying crude from across the world that won’t reach the shores of the globe’s most prominent importer until the spring, it seems that the Chinese Communist Party’s highest officials don’t think Omicron will lead to a 2020-esque economic shock either.

Brent Oil, the price benchmark utilized for two-thirds of global crude supplies, broke a seven-year record and was trading at more than $87 as of the time of this writing on Tuesday morning. This marks an 11.5% rise in the benchmark’s price since the beginning of the year.

Oil’s price per barrel was also trading at over $84 per barrel this morning, with a similar rise of more than 11% since New Year’s Day. With the aforementioned constraints on supply and demand steady across many major economies, Goldman Sachs (GS) is even predicting Oil reaching $100 per barrel by Q3 2022. Now that Brent Oil futures are rising as well, it seems that a bullish mood is prevailing in all sectors of the Oil market. Only time will tell whether this momentum can be sustained.