For many shopaholics and bargain hunters, Black Friday and Cyber Monday are long-awaited events and days. Popular brands from various sectors bombard their clients with attractive deals whether online or offline and the internet is flooded with offers during these two holidays. But these days far surpass the realm of shopping and could also interest traders and investors due to their effects on the stock market. So here’s what you need to know about Black Friday: 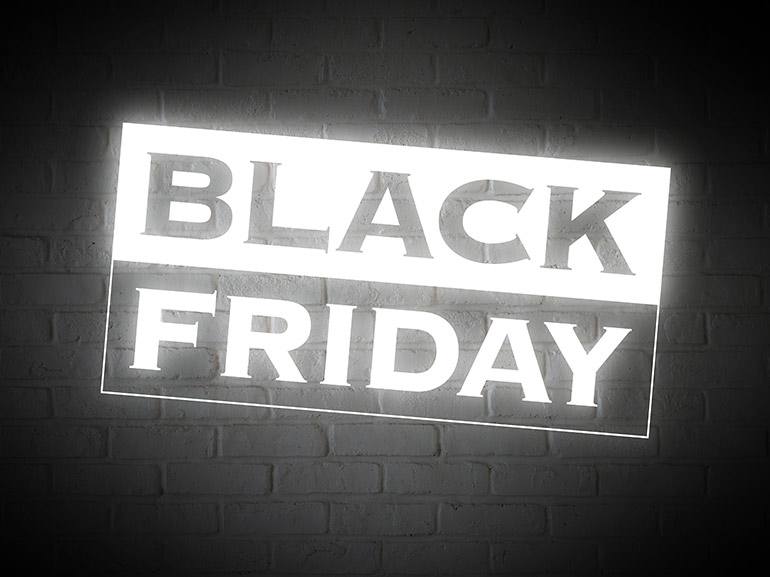 What Is Black Friday?

Known as one of the most anticipated and celebrated retail holidays, Black Friday refers to the Friday following Thanksgiving in the USA. Black Friday is considered the busiest shopping day in the year and usually takes place on the fourth Friday of November unless November 1st falls on a Friday. Moreover, it started to become a good indicator of the Christmas shopping season and many retailers carry on with these holiday sales till Monday, which is famously known as Cyber Monday for online retailers. Walmart (WMT), for example, usually begins its Cyber Monday sales as early as 12:01 am on Thanksgiving day. (Source:Wikipedia)

Origins: The History of Black Friday

Historically, the origin of Black Friday was not as gleeful as it is today. Many track the origin of Black Friday to the US financial crisis in 1869, whereby prices of gold plummeted. Thereinafter,  the same phrase was used to refer to retail stores’ poor sales which were driven by their underperformance as they were “in the red.” These fortunes were turned when on the day after Thanksgiving, retailers were back "in the black" due to shoppers spending their money at lower prices which is what is believed to have given the modern Black Friday its name.

How Does Black Friday Affect the Stock Market and the Economy?

As mentioned above, Black Friday far surpasses the shopping realm as it can sometimes have macroeconomic impacts. Naturally, since Black Friday is accompanied by strong sales it can affect the economy in that it provides insights into the overall health of the economy and the sector in question. It is also believed that since consumer spending comprises about 70% of the US GDP, Black Friday data is sometimes viewed as a measure of economic sentiment. Additionally, since analysts predict Black Friday sales, this usually affects market sentiment, which henceforth influences the stock market and the value of certain stocks and sectors.

Accordingly, traders, investors, and market watchers might be able to tell whether it is going to be a particularly profitable shopping season if consumers follow up on Thanksgiving by spending a lot of money on Black Friday and companies’ strong sales usually reflect in their share prices. On the other side of the coin, lower sales or weak sales may indicate a weakening economy, sector, or company which may also cause a drop in the stock market. To sum it up, concerns about the economy are usually increased when consumers appear to be reducing their spending.

To get a more tangible feel of the effects of Black Friday on the stock market one could look at historical figures. According to historical data, some retail stocks from the S&P 500 (USA 500) posted a 5% return from 2007 to 2017, in comparison with the S&P 500 which averaged a 3% return in the same period, hence highlighting the effects of Black Friday and the retail sector on the market. Additionally, when focusing on the retail industry, in particular, data shows that during 2018 and 2019, the S&P 500 Retailing Industry Group outperformed the S&P 500.

Furthermore, according to the 'holiday effect,’ usually after holidays, trading volumes increase in the stock market perhaps due to investors rushing to close their positions before the end of the day. With that in mind, since US markets close on Thanksgiving day as well as for half a day on Black Friday, investing and trading volumes become higher before these holidays.

The same concept may be applicable to Cyber Monday which, like Black Friday, also usually renders huge profits and success. Nonetheless, one should keep in mind that the effects of Thanksgiving, Black Friday, and Cyber Monday on the economy are not to be taken as a rule of thumb as they can ebb and flow and may generally be short-lived. (Source:Investopedia)

A prominent example of how Black Friday plays into the economy can be traced back to last year’s Black Friday whereby despite record inflation, COVID-19, the rise of the Omicron strain, and its disruptions to the supply chain, according to the National Retail Federation, November sales data showed that consumers were spending a great deal of money on retail goods. Accordingly, retail sales data showed a 14% increase in sales year-over-year.

What Time Does The Stock Market Close On Black Friday?

This year, the Black Friday sale will take place on Nov. 25, 2022, and the US stock market will close early at 1 p.m. on that day whereas the bond markets close at 2 p.m.

What’s to Expect this Year?

While it is true that Black Friday usually has an ostensible effect on the economy and the stock market, since past performance is not a guarantee of future results, and since lately amidst the war in Ukraine, inflation, recession fears, and economic instability market volatility was prominent, what to expect this year is still ambiguous. Traders might see this retail holiday’s effects soon.