Bank of England’s Monetary Policy Committee will convene this Thursday in London. Inflation forecasts are expected to be raised.

Following three successive months of inflation rising above predicted rates, the UK”s central bank has yet to change its policy course in response. Policy watchers seem to expect that the bank will continue on its current course of quantitative easing without raising or lowering interest rates. 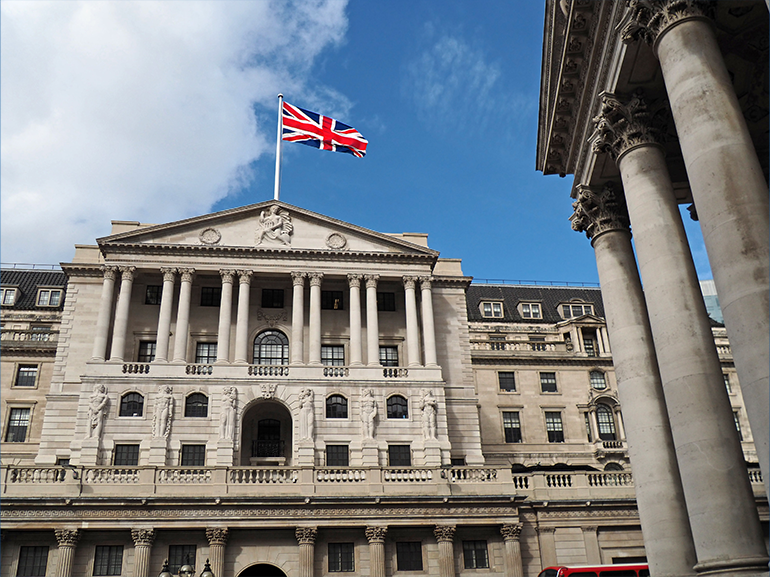 Following the historic economic impact of the COVID-19 pandemic last year, prices have been steadily rising in the UK. June’s 0.5% jump in the consumer price index was the highest monthly rise in over three years. The BOE has gone so far as to predict that inflation may rise above 3% by the end of 2021. Despite this, various policymakers have expressed the view that inflationary price movements reflect pent-up demand and belated economic recovery rather than a general ‘overheating’ of the economy. Because of this, the Bank of England is widely expected to raise short-term inflation forecasts, but the medium-term predictions will most likely remain largely the same.

The other main topic of discussion at the BOE’s meeting will be the bank’s current strategy of quantitative easing purchases, a tool widely used by central banks in times of economic recession to stimulate the economy. The Monetary Policy Committee is expected to vote to continue the course of purchases through the end of 2021 as planned.

The Bank of England’s policy decisions might have an effect on various indices such as the FTSE 100 (UK 100). On Tuesday, the UK 100 traded up by about 0.3%. If the bank continues to hold a dovish position on monetary policy, this could have a modest positive effect on markets, as it did in June.

However, not all European banks have a rosy outlook for the rest of 2021. On Wednesday, Frankfurt’s Commerzbank (CBK.DE) reported a second-quarter loss of over half-a-billion dollars. The lending bank has been undergoing a shift in business strategy, and the associated one-time costs had a severe impact on Commerzbank’s bottom line. A German court ruling that voided fee increases, as well as an abandoned IT project begun by the bank’s previous CEO, made large contributions to this heavy second-quarter loss. Commerzbank CEO Manfred Knof has stated that he plans to eliminate 10,000 employee positions in an effort to lower overhead costs. Commerzbank shares fell by nearly 5.5% on Wednesday following the earnings release.

As inflation steadily rises in certain countries and some firms post surprising second-quarter earnings, it remains to be seen in which direction markets will go as the pandemic continues.