Four major U.S. banks are set to release their Q4 earnings reports this week. Recent times have been interesting for the financial sector, with bank stocks lately outperforming the S&P 500 (USA 500); what might be expected from fourth-quarter reports on Tuesday and Thursday? 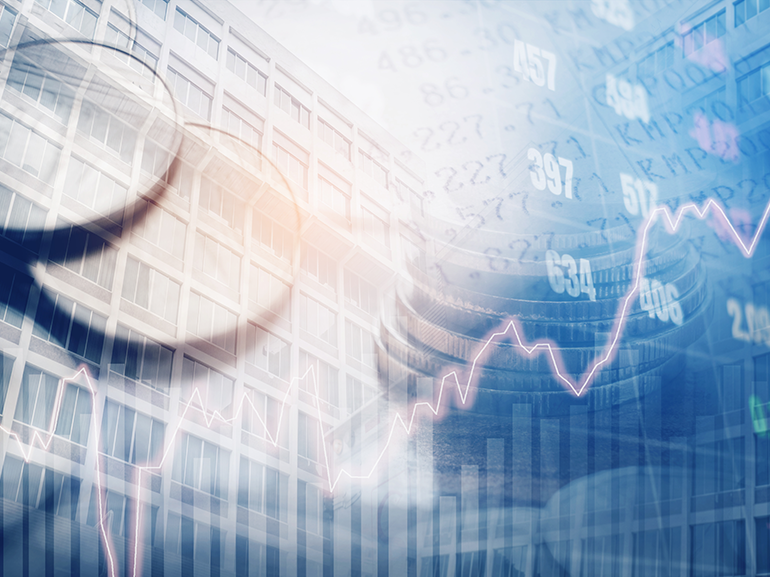 Interest Rate Hike on the Horizon

Recently, talk of the United States’ skyrocketing inflation rate has captured financial experts’ attention, and led many to wonder how soon the rate of price increases can be returned to the ‘ideal’ level of around 2%. Now that last week’s Consumer Price Index data release has revealed that inflation in America has reached levels not seen since the first Reagan administration, many are expecting the Federal Reserve to follow through on its intentions to raise interest rates over the course of 2022.

Although Fed chair Jerome Powell’s comments in Washington last week led some to anticipate a ‘softer’ near-term course for American monetary policy as the central bank seeks to fight inflation, others foresee a more turbulent landing from the ‘easy money’, low interest rate policies of the pandemic. Jamie Dimon, CEO of JPMorgan (JPM), the Q4 results of which underwhelmed last week, is predicting that interest rates could be hiked as many as six or seven times this year. Such a drastic move on the part of the Federal Open Market Committee could prove beneficial for U.S. banks’ lending branches in 2022, but many already have high expectations for some key financial institutions Q4 2021 results.

Bank of America (BAC) is expected to release its Q4 earnings report on Wednesday, before the market opens. The firm’s trading revenues are not expected to provide a major boost to its bottom line, given that Q4 2021 was in many ways characterized by lower volatility compared to Q4 2020, and a more rapid recovery from COVID-19’s Delta and Omicron variants compared to prior waves of the pandemic. With the markets seemingly returning to some semblance of stability, BoA has most likely released asset reserves over the fourth quarter to recoup coronavirus-induced losses.

However, the bank’s investment banking branch has likely benefited from the return to normalcy, bolstered by predicted strong equity underwriting figures. Bank of America has also moved to decrease operational expenses, even as it continues to expand. The bank’s stock has risen by almost 3.3% over Q4.

All in all, although the Zacks Consensus Estimate for earnings per share (EPS) has been revised downwards to 76 cents, this still represents a rise of more than a quarter from Q4 2020. Bank of America’s revenues for the fourth quarter of 2021 are expected to come in at over $22 billion, a nearly 10% jump over the corresponding figure for last year.

Pittsburgh-based PNC Financial Services Group (PNC) is expected to hold its Q4 earnings call tomorrow before market open. The bank’s shares showed an increase of 1% over the last three months of 2021; additionally, some are predicting that its Q4 figures could be even stronger than those of the banking sector as a whole.

While loan growth over the fourth quarter could have provided a nice boost for PNC, a reduced rate of homes being refinanced could have had a negative impact on the bank’s revenue from mortgage fees. Despite that slight drag, PNC’s recent acquisition of BBVA USA, the American subsidiary of Spanish bank BBVA (BBVA.E), led to an addition of 2.6 million customers to the bank’s rolls in October.

The consensus prediction by Zacks for revenue growth compared to Q4 2020 is 21%, with revenue reaching $5.1 billion, and EPS growing by nearly 11% to $3.61. PNC has beat pre-release estimates over the past four quarters, so investors could be in for a pleasant surprise.

Financial institution Goldman Sachs (GS) is also expected to release Q4 results on Tuesday before the bell. Despite strong growth in its investment banking figures, as well as the general benefits of a recovering economy, some are predicting the bank’s EPS numbers to fall compared to those of Q4 2020.

With an increase in mergers and acquisitions as well as IPO’s, investment banking revenues could have provided a big boost to Goldman Sachs’ overall bottom line. A growth in the amount of money the firm lent out, as well as the asset management sector’s continuing rebound from the first year of the epidemic, could give revenue a bump as well, expected to be reported at just over $12 billion, a 2% rise from Q4 2020. The consensus estimate for Goldman Sachs’ EPS is $11.73, a 3% drop from last year’s number.

Morgan Stanley (MS), set to release earnings on Wednesday before the markets open, could be set to beat estimates again. Much like other banks, Morgan Stanley’s investment banking division has reaped the fruits of a jump in mergers and acquisitions as well as IPO’s. Furthermore, the bank’s acquisition of financial and investment management corporations E-Trade and Eaton Vance have given its wealth management a boost. With EPS estimated to be up 4.2% from last year at $2, and revenues expected to have risen by 8.3% to $14.77 billion, shareholders could stand to be pleased with Wednesday’s results.

Although this week’s financial Q4 earnings releases are expected to show rises in revenue, there is still a chance that their share prices could fall. As JPMorgan CFO Jeremy Barnum stated on a conference call last week, higher labor expenses in combination with more moderate revenue growth on Wall Street could prove challenging over the near term. The shares of JPMorgan and Citigroup (C) both dropped following last week’s earnings reports; it remains to be seen whether financial institutions this week will live up to investor expectations, and how the markets will react afterwards.