Markets are gearing up for a series of earning releases from key tech companies in the coming days. This week, big names in the American technology sector like Alphabet, Meta, and Apple are set to reveal to the public how their bottom lines fared over the course of the most recent fiscal quarter. 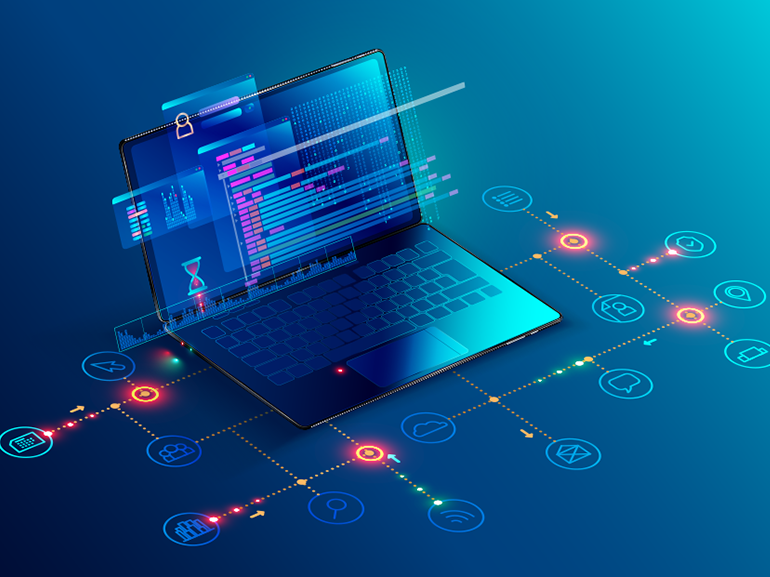 Alphabet From A to Z

According to some analysts, the outlook for Alphabet’s (GOOG) Q3 earnings release later today is somewhat less than positive. The consensus seems to be that, for the third quarter running, this tech giant’s numbers will be on the decline compared to the year-ago figures.

The stiff economic headwinds currently being faced by much of the industrialised world have had a deleterious effect on one key component of Alphabet’s revenues. The budgets many firms allocate for advertising are being squeezed by high inflation and the U.S. marketplace’s cooling down, thereby reducing the cash flowing into Alphabet’s coffers. Furthermore, rising social media star TikTok, a short-form video-sharing application geared toward a young audience, has been drawing more and more advertisers to its platform; this competition might also be reflected in the data released today.

Google Cloud, the platform used by developers to facilitate intra- and interteam cooperation, has been a key segment of Alphabet’s business model in the past. However, the revenue obtained from this source may have grown more slowly over the third quarter of 2022.

Alphabet shares are down by over 28% so far this year, with a 12% drop marked over the course of 2022’s third quarter. It’s estimated by many analysts that the firm’s earnings per share (EPS) figure will come in at around $1.25, a double-digit decline from the year-ago figure of $1.40. While this estimate would be an improvement on Q2 2022’s EPS of $1.21, revenue is expected to be around $70.8 billion, a less than 1.6% rise from last quarter’s $69.7 billion in revenue. (Source:Investopedia)

Meta (META), set to release third-quarter results tomorrow after the ring of the closing bell, may also have been hit by a drop in advertising revenues over the course of the quarter. Last quarter, less than one percent of the firm’s revenues were sourced from other business sectors; accordingly, a fall-off in the demand for ad space on Facebook and Instagram, like that seen in the second quarter, could have had an outsized effect on Meta’s Q3 numbers.

Furthermore, the continuing war in Ukraine has caused a drop in user activity on the aforementioned social media platforms. When these factors are combined with the much-discussed changes to Apple’s ad-targeting policies, it may come as no surprise that the firm’s Q3 earnings are expected to come in at under $27.5 billion, a more than five percent drop from 2021’s third-quarter numbers. Earnings per share are estimated to end up at $1.82, a more than 40% fall from last year’s numbers.

Against the backdrop of struggles faced by the tech industry in general and Meta in particular, one key shareholder published an open letter today calling for a shift in business strategy and resources away from the still-nascent metaverse and a sharp reduction in personnel. Whether today’s results push Meta’s executive suite toward a real shift in course that may help recoup some of the 61% loss in share value observed so far this year remains to be seen.

Gadget pioneer Apple (AAPL) is expected to release its Q4 report following the end of trading on Thursday. So far this year, Apple stock has dropped by over 15%, but shares of the firm rose 1% over the course of the quarter to be reported on.

A key factor pointed to by market experts will be the sales figures of the iPhone 14, pre-orders of which opened toward the end of the quarter, on September 9th. According to external estimates, demand for the newest member of the iPhone family has remained strong. However, other items in the firm’s product suite may be less in-demand at the moment, such as AirPods and Apple Watch.

Consensus estimates for Apple’s Q4 2022 revenue and earnings per share are just under $88.8 billion and $1.27 respectively. In the fourth quarter of 2021, EPS was $1.25 while revenue was significantly lower than Thursday’s predicted figures at $83.4 billion. How traders may react to the 27th’s report remains to be seen. (Source:CNBC)

The tech industry as a whole has had to grapple with significant challenges posed by volatility so far in 2022; this week’s earnings releases may give traders and investors alike more key information with which to move forward.