As the global semiconductor chip shortage drags on, various firms are responding to supply challenges with various strategies. Now that 2022 is drawing closer, companies in the chip manufacturing industry seem to be gearing up for greater competition. Let’s take a look. 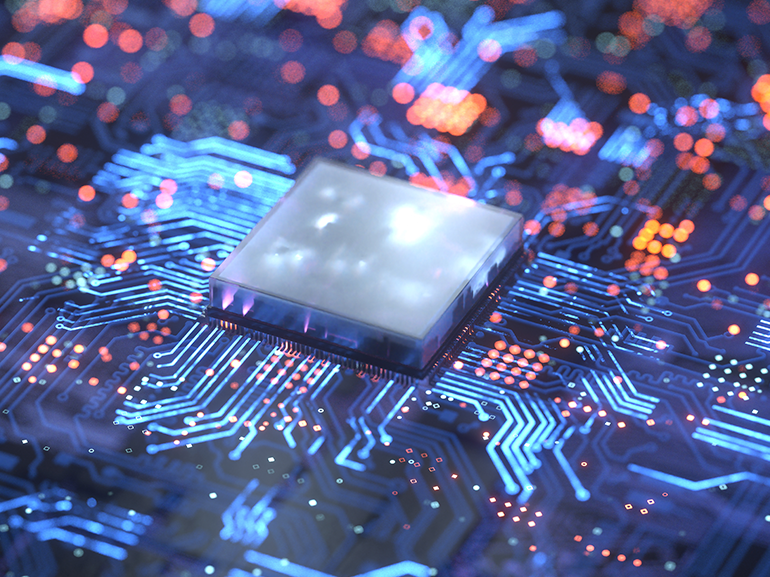 Among firms involved in the semiconductor production line, NVIDIA (NVDA) has had one of the most impressive rises over the past year. A month ago, the company’s Q3 earnings release revealed that its revenue had grown over 50% compared to Q3 2020. With more and more buzz surrounding NVIDIA’s burgeoning forays into the metaverse, it may come as no surprise that the visual computing company’s been named by many as one of the COVID-19 era’s big winners.

So far, demand for NVIDIA’s products has remained high, as the coronavirus pandemic continues to fuel the need for cloud computing technology on the part of those who work from home. Although the firm opened the trading week, along with the markets as a whole, with a slight decline of 0.3% on Monday, its share price has more than doubled since the beginning of the year.

NVIDIA expects demand for its chips from industries ranging from automotives to the gaming industry to remain high into 2022. So far the company’s been able to grapple with production problems at the chip plants it outsources its manufacturing to, but the clouds of competition may be gathering on the horizon for the graphics pioneer.

NVIDIA is already known to be in fierce competition with fellow semiconductor firm AMD (AMD), but recently Intel has been indicating that it seeks to undermine NVIDIA’s predominance in the chip market as well. CEO Pat Gelsinger has already announced financial moves the company is making in order to ensure its design and production branches remain as free of kinks as possible.

Intel (INTC) will be investing over $7 billion in Malaysian manufacturing plants to keep its chip supply lines open, in addition to planned expansions in the USA, Europe, and the Middle East. However, it could be some time before these plants bear fruit and begin to ease demand pressure. Although none other than Tesla (TSLA) CEO Elon Musk has stated that he foresees the global chip shortage being mitigated next year, Intel’s head honcho Gelsinger predicts that the industry’s supply travails will last until 2023 at least.

However, it’s Intel’s investment in human, rather than physical, capital that has some industry watchers predicting that competition in the chip industry will tighten over the near-term. Intel is different from rivals like NVIDIA and AMD in that it is involved with both the design and manufacturing ends of the industry; as such, it’s had to try to keep company talent from gravitating toward competitors on the production as well as design sides.

In a bid to retain the cream of its 110,000-strong crop, Intel’s allocating $2.4 billion to boost paychecks next year. The pay raises will be divided according to performance, and the average employee can expect an extra $21,000 in the form of cash or stock options early next year.

Some expect that NVIDIA investors may feel threatened by Intel’s gambit to retain talented employees, but given that Intel’s stock price has barely budged since the top of the year, while NVIDIA’s has increased by more than 100%, it’s unclear whether increased stock options will prove as strong an incentive as the inhabitants of Intel’s executive suite are hoping.

Will Micron Continue Its Climb?

Amid all the talk regarding its larger rivals in the semiconductor industry, Micron (MU) has been slowly but surely rebuilding its value since steep drops this past autumn.

Although the Idahoan semiconductor chip manufacturer hit an all-time high share price of just under $96 on April 12th, a series of challenges that hit the company brought its stock value down 30% by mid-October. This fall could have been mainly due to the twin factors of a drop in PC demand and an earthquake near one of Micron’s Taiwanese plants that disrupted production.

However, strong demand for the company’s chips in the data center sector pushed Micron to a strong recovery, with its share price rising by nearly 7% over the past five weeks. Chief Financial Officer David Zisner stated during Micron’s company conference call on Monday that he expects data centre demand for the company’s chips to stay strong going into 2022. Although Micron may not have the market capitalisation or name recognition of NVIDIA or Intel, this coming year could see the firm realizing its full potential in the industry.

The semiconductor chip business has been in the headlines throughout the COVID-19 pandemic due to the ongoing lack of supply. With the coronavirus and chip shortage soon heading into their third year, it remains to be seen whether NVIDIA, Intel, and Micron will manage to reshuffle the cards to increase their portion of the industry pie.