September was surely eventful for the stock market as inflation, rate hikes, and economic turmoil continued to reign and many market sectors took a hit. However, it is no secret that the markets are volatile and that while some sectors struggled, others derived strength. From Forex to Indices and Stocks, here are some of September’s market highlights. 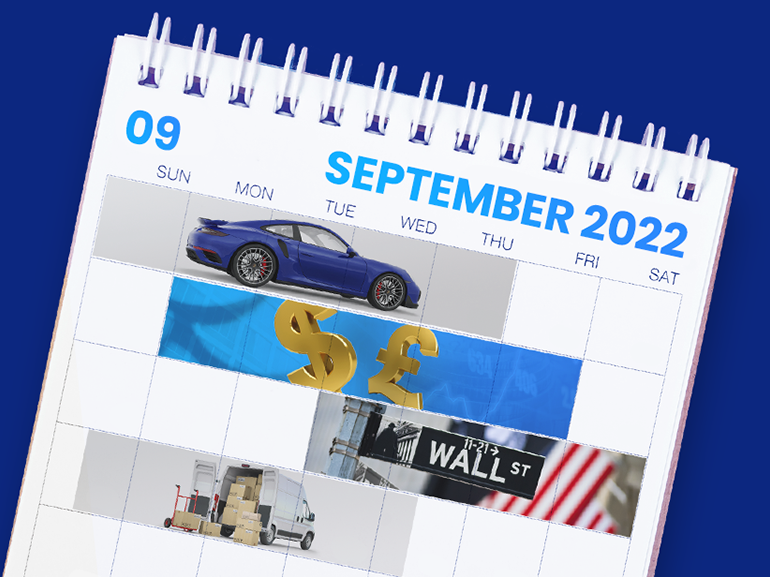 With inflation being the prevailing motif of the month, yet again, Reserve Banks like the Federal Reserve had to hike rates in order to tame inflation and a possible recession. Accordingly, the Federal Reserve raised interest rates by 0.75% on September 21st, triggering the highest federal funds rate since 2008. This aggressive rate hike of three consecutive increases of 0.75% marks the first time since the late 1980s when the Fed began explicitly targeting the federal funds rate to conduct monetary policy. As a result, major US indices like the S&P 500 (USA 500) and the tech-heavy Nasdaq (US-TECH 100)  sank by 9.6% and 10.2% respectively as a risk-averse sentiment and a broad market sell-off took over. Stocks in the technology, travel, and entertainment industries also fell. (Source:CNBC)

However, while the US central bank’s decision certainly took a notable toll on the aforementioned indices, it had a different outcome on the Vix Volatility Index (VIX). The Vix, or the ‘Fear Gauge’, a real-time market index that is used to measure the market's expectation of volatility over the next 30 days soared by 23.7%. As a result of increased economic uncertainty, higher inflation, and the fear of a recession, investors tend to assume longer-term volatility will be higher, which is why the Vix has increased.

September was also far from kind for the American multinational shipping giant, FedEx (FDX) which fell by a whopping 30% from the beginning till the end of September. The delivery service company revealed underwhelming earnings figures on September 22nd. Following what it called ‘softness’ in global shipments, FedEx announced significant cost-cutting measures. In addition to a weakening global demand, the company also reported that it would halt its hiring process, scale back flights, cancel projects, and shut down about 5 corporate locations as well as 90 of its offices. The earnings also revealed a gloomy drop of around $11 billion in the company’s market capitalization due to the drop in its share price. FedEx CEO, Raj Subramaniam said that in spite of the disappointing results, the company is still accelerating its cost reduction efforts.

The British pound also suffered last month as it struggled to keep pace with the inflationary economy and a stronger US dollar. Furthermore, investors seemed to be turning away from the Sterling last month due to concerns over Liz Truss' "mini-budget" tax cuts. As part of the UK government's budget update, taxes are being reduced as well as household energy bills. This move has been dubbed "the biggest tax cut since 1972". Additionally, on September 22nd, the Bank of England increased interest rates by 0.5%, the highest in 14 years, which further weakened the pound.

Consequently, the British pound hit a 37-year low against the US dollar, and by the end of September, the GBP/USD, one of the oldest and most traded Forex pairs, plunged by 3.2%. Nonetheless, despite September’s gloom, since the start of October and as of the time of the writing, the GBP/USD has managed to hike by 2%.

Perhaps on a lighter note, last month an important IPO materialized after German vehicle manufacturer, Volkswagen (VOW.DE), revealed its intention to sell some of Porsche’s (P911.DE) shares at a valuation of up to $75 billion. Accordingly, Porsche, the luxury German car maker went public on the 29th of September, marking Europe’s third largest IPO in history and one of the year's biggest stock market debuts. Nonetheless, despite the grandiosity of this IPO, whether going public with Porsche will render fruitful is still unknown. In the meantime, since its IPO and as of the time of the writing, the luxury car manufacturer’s shares fell by about 1%. (Source:Reuters)

As October kicks in and the seemingly endless inflation, recession, and the war in Ukraine, among other factors reign, whether or not the aforementioned sectors will recoup their losses this month is yet to be determined. Investors and traders alike will have to wait and see how this month plays out.