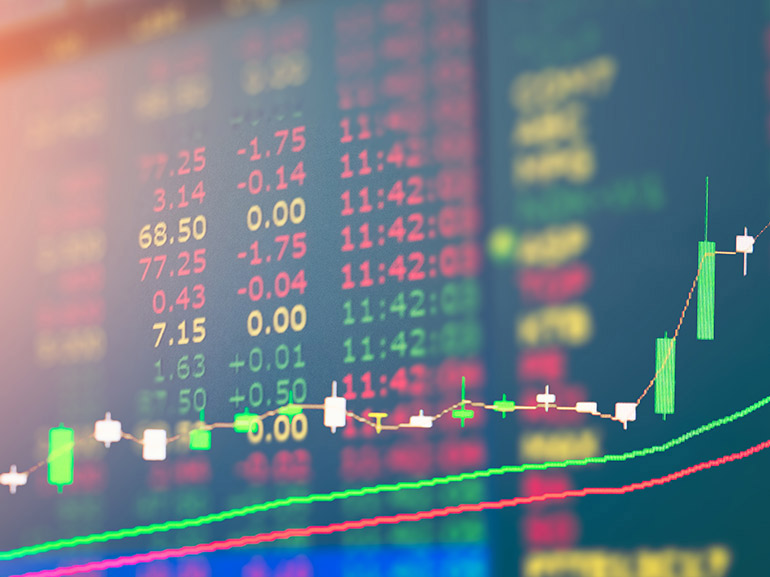 The DOW (USA 30 - Wall Street) hit a record high yesterday at the market’s close as the U.S. House Budget Committee prepares the final bill based on preliminary plans approved last week. The Bill could be up for a vote as soon as next week. Cyclical sectors saw the most improvement as Biden’s relief efforts are expected to help open the country’s slumping economy.

Some of the biggest risers at the end of yesterday’s trading day were Salesforce (CRM), 3.4%, and Caterpillar (CAT), 2%. Oil company Chevron (CVX) also saw a slight gain yesterday at market closure. This may be due to a cold snap in America’s Gulf Coast which helped push Oil (CL) prices past $60.

Tech didn’t fare as well. While the NASDAQ (US TECH 100) briefly hit a record high during intraday trading, many of its technology stocks closed lower, leaving the index down by 0.02% at yesterday’s closing. Meanwhile, traders also backed away from a record high on the S&P 500 (USA 500). This may be due to fears that interest rates will increase under the watch of new Treasury Secretary Janet Yellin.

One reason for the DOW increase may have been enthusiasm as President Biden began seeking support for his stimulus package called the American Rescue Plan in a CNN Town Hall held in Milwaukee, Wisconsin yesterday. When describing the first major legislation of his presidency, Biden has continued to cover key elements of the plan, including expanded unemployment benefits, a third round of direct payments to individuals, and $20 billion for a national vaccination program.

While all three major U.S. stock indices have seen a record high over the last several days, it remains to be seen whether the markets can sustain their growth.