Headlines dealing with the spreading Omicron variant of the COVID-19 virus are roiling markets this Monday morning. From Tokyo to Wall Street, it seems that investors are adopting an increasingly risk-off approach to trading as the near future of the economic landscape seems unclear. 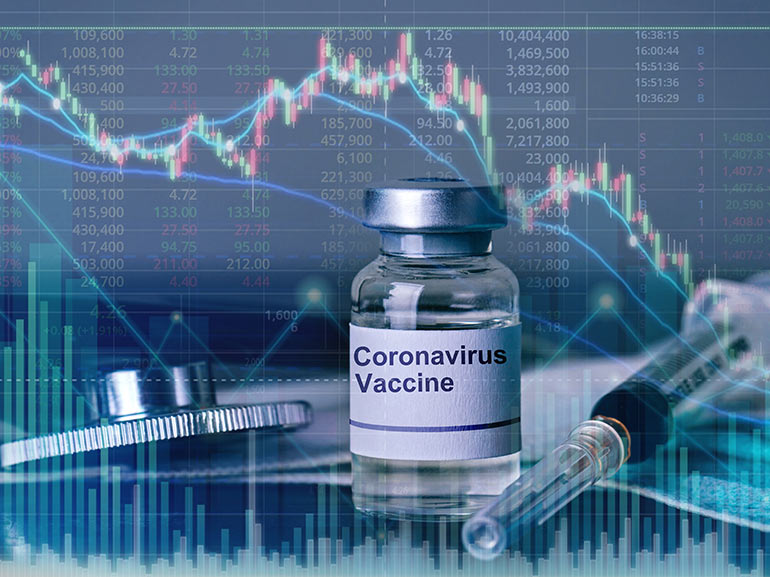 Key Asian indices are already feeling the burn of Omicron’s potential economic effects. Even the Chinese central bank’s move to lower the country’s one-year prime loan rate failed to inject enough liquidity into the Chinese economic powerhouse to prop Asian markets up. The People’s Bank of China had resisted making the decision to lower key rates even as other central banks kept interest rates low throughout the pandemic, but this action still may not have been enough to encourage Omicron-spooked traders.

Tokyo’s Nikkei 225 (Japan 225) index fell by 2.1% on Monday, while the Hang Seng (Hong Kong 50) dropped by 1.9%. Some analysts are saying that these key indices have been affected by adverse factors from far beyond Asian shores, as rising coronavirus infection rates and lockdowns in Europe and the United States put downward pressure on the economy.

Fears surrounding the economic consequences of another COVID-19 wave, with the attendant lockdowns, affected European markets on Monday morning as well. The Netherlands has already implemented a month-long lockdown, France and Germany have banned entry to their territories from the United Kingdom, and Britain itself is seeing record Omicron infections. London Mayor Sajid Javid has so far declined to rule out instituting stricter measures to contain the spread of COVID-19’s newest infectious strain across the U.K.’s financial centre.

This all set the stage for the FTSE 100’s (UK 100) sharp fall this morning. As of the time of writing, this key London index was trading down by just under 1.1%. After renewed travel restrictions for British citizens began rearing their head again, shares related to travel and Oil (CL) were especially affected. BP (BP-L) was down 2.6% Monday morning, while IAG (IAG-L), which owns British Airways, had fallen by 3% although both were on a tentative uptrend as of the time of this writing.

On the continent, the DAX (Germany 40) and CAC 40 (France 40) were similarly affected, with declines of 1.8% and nearly 1.1% respectively Monday morning.

Turmoil in the United States negatively impacted stock futures in the Western Hemisphere as well. With Omicron spreading across the country, high inflation, and President Biden’s flagship legislative package seemingly on the rocks, Monday’s bearish mood may come as no surprise to traders.

Although Biden’s chief medical advisor, Dr. Anthony Fauci, has stated that lockdowns will most likely not be necessary, but that infections could rise to record levels this coming winter. The Democratic administration is attempting to convince all eligible citizens to get vaccine booster shots in order to mitigate the potential damage.

The Biden administration’s efforts to convince West Virginia Senator Joe Manchin to vote for his flagship spending bill, Build Back Better, were unsuccessful. On Sunday, Manchin publicly stated his intention not to support the bill; taking these legislative difficulties into account, Goldman Sachs (GS) has already lowered their GDP growth forecast for Q1 2022 from 3% to 2%.

With the economic horizons seeming ever cloudier, U.S. stock futures were dropping on Monday morning. Futures for the Dow Jones Industrial Index (USA 30), and S&P 500 were falling as of the time of this writing. Dow futures were down by 1.5%, S&P 500 (USA 500) by 1.6%.

Clearly, traders and investors from London to Hong Kong were adopting a risk-averse attitude on the markets Monday morning. What is still unclear is whether this approach will become more or less prevalent as more is learned about the Omicron variant’s severity.